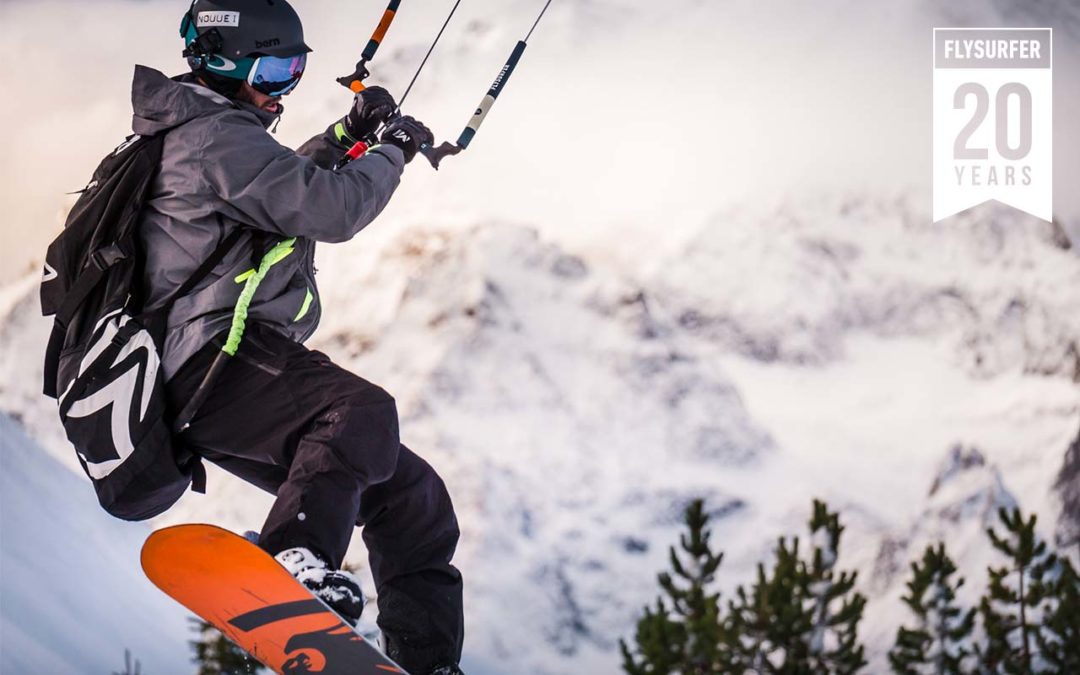 Laurent Guyot, mostly known as “Lolo” has joined the FLYSURFER family in 2012. Most of you know Lolo from throwing epic kiteloops on snow. The passionate kite-landboarder has many trips with the FLYSURFER crew in his pocket and some great stories to tell. The french pro-kiter lives in the middle of the french alps: Serre Chevalier Vallée, Col du Lautaret. During winter-season he is hosting several snowkite camps.

Why did you join the FS team and when?

Lolo: In 2010 I fell in love with the massive hangtime of the SPEED3 and started to compete in kite landboarding, snowkiting, and kitesurfing. In 2012 I had a meeting with Gunnar Biniasch, who was the FLYSURFER team manager back then and shortly after I joined the FLYSURFER team.

Lolo: It’s very difficult to point out a “favorite” product, because I really enjoy all of them in different ways. The SOUL is great from big-air to wakestyle, from land to snow to water.

While snowkiting in the mountains I love riding the PEAK, I feel 100% safe with this kite, and the light weight-construction of the kite makes it easy to transport in my bag when I go for snowkiting adventures in wild spots.

The RADICAL is the most versatile FLYSURFER twintip I feel most comfortable when going for airstyle and big air sessions. 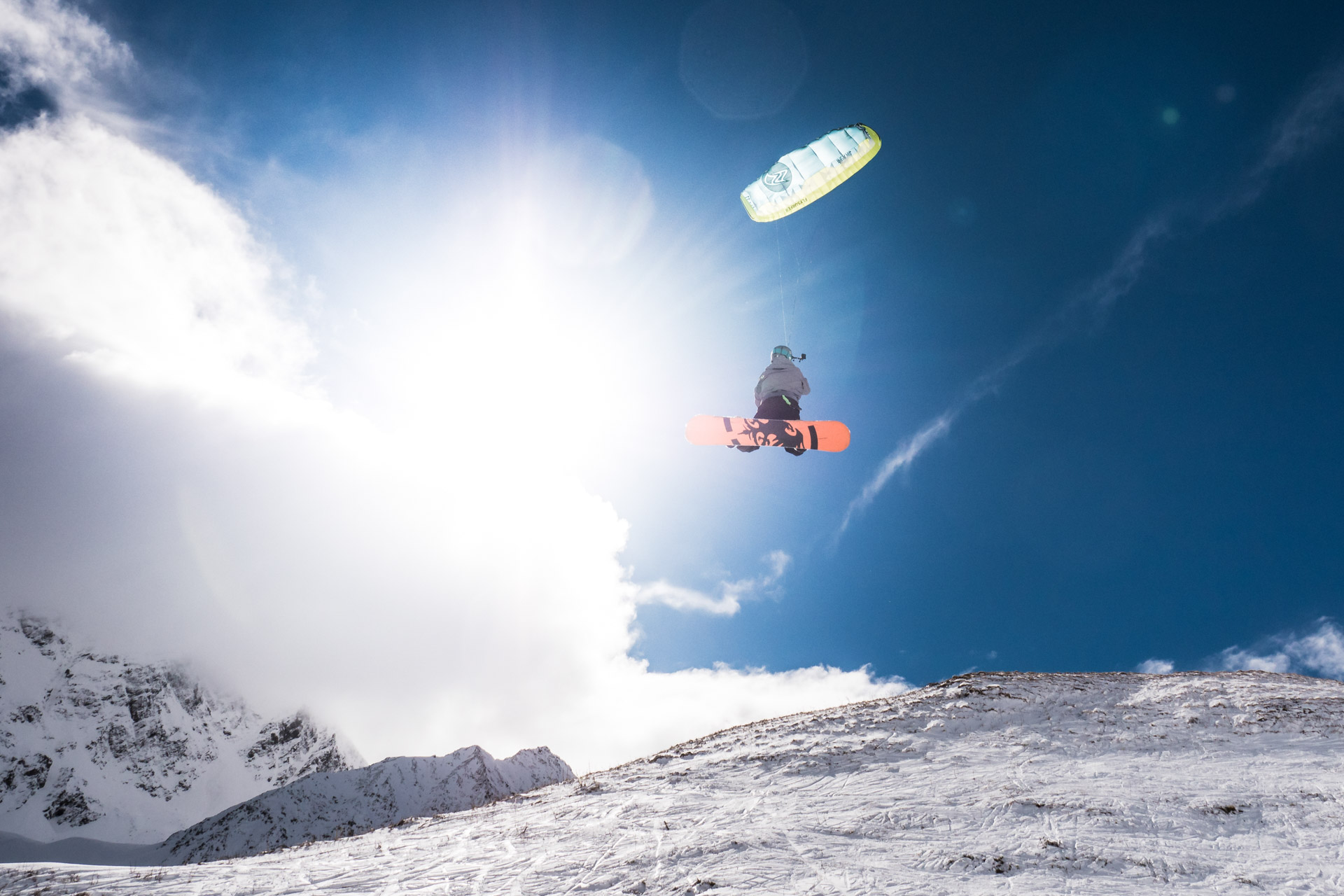 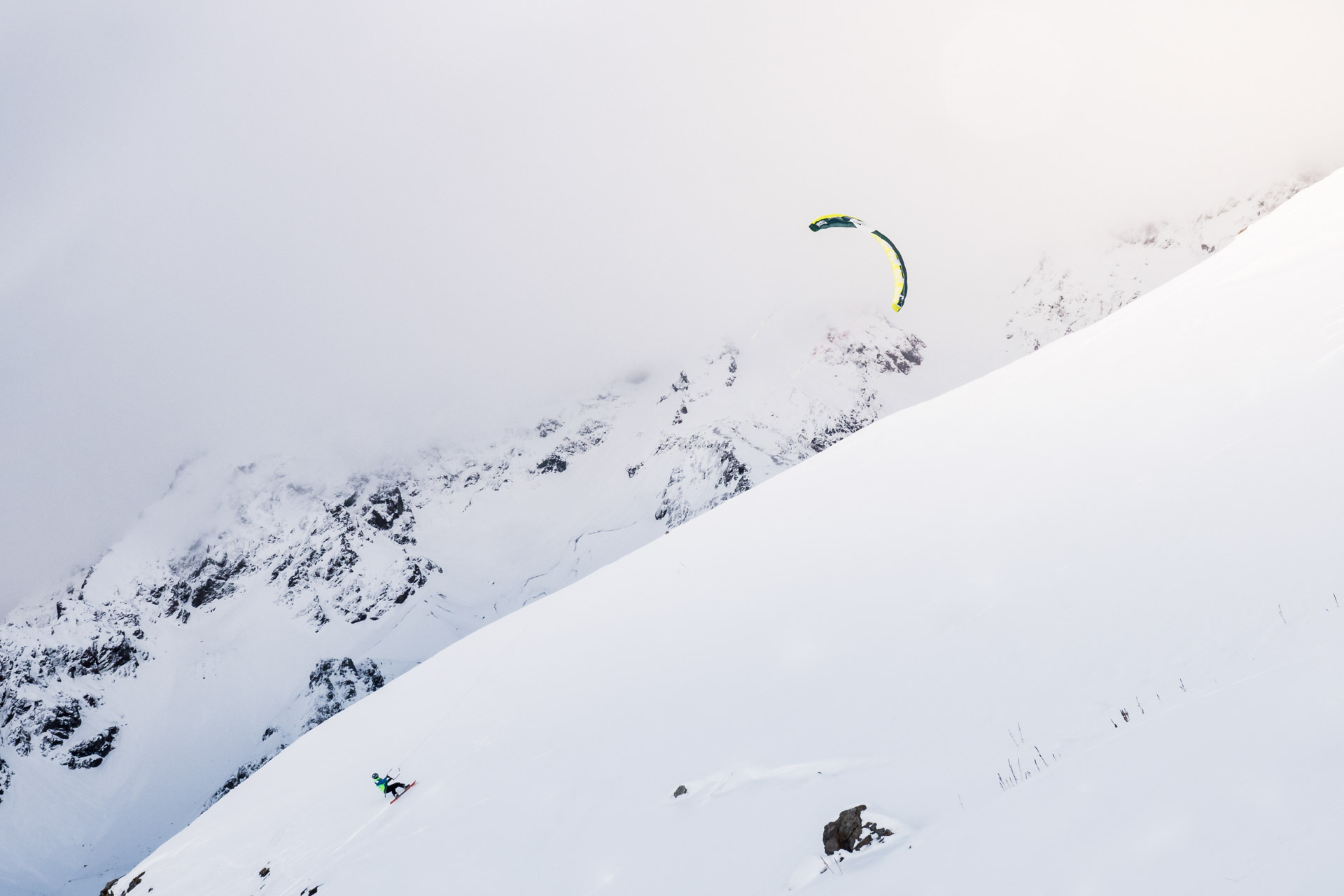 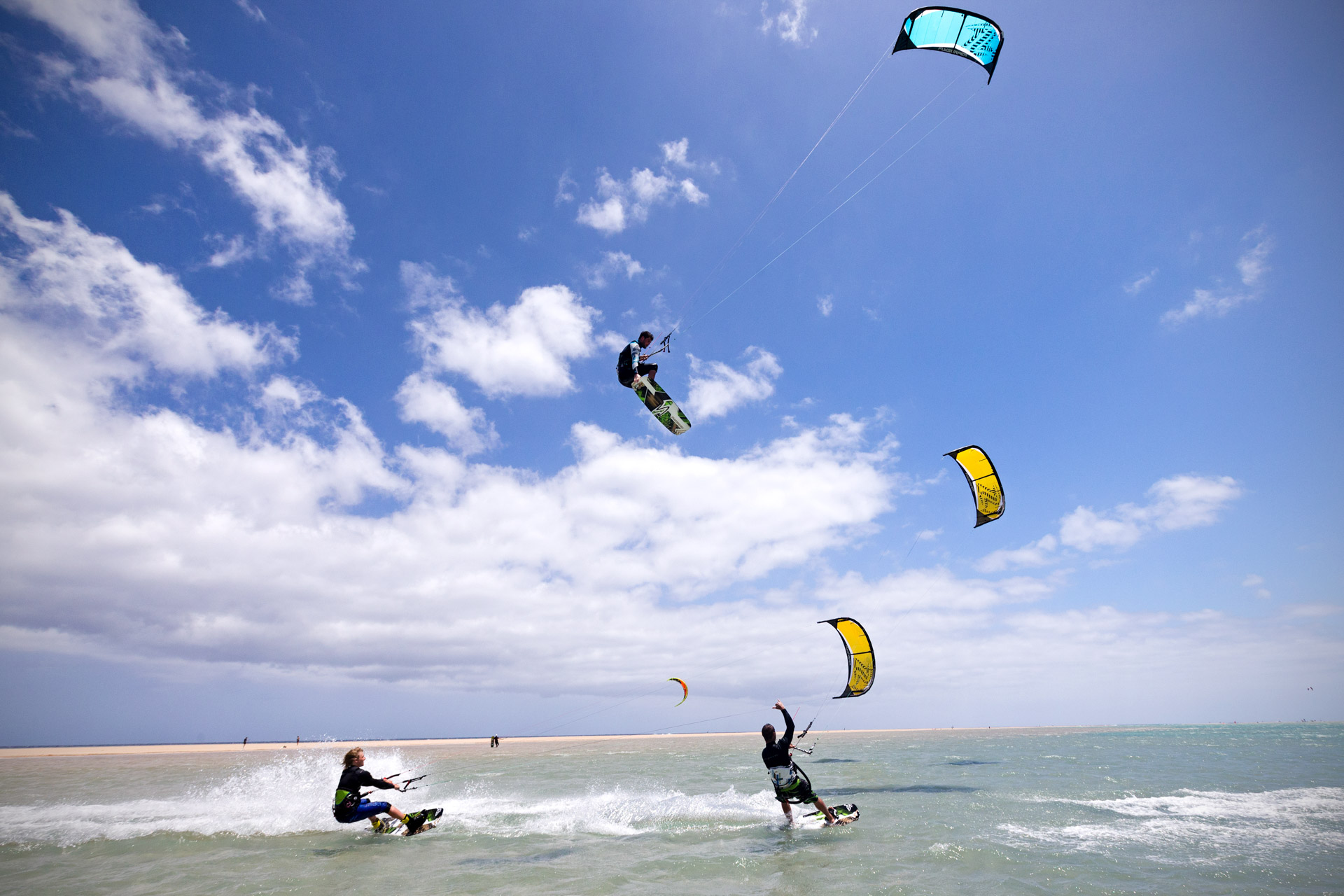 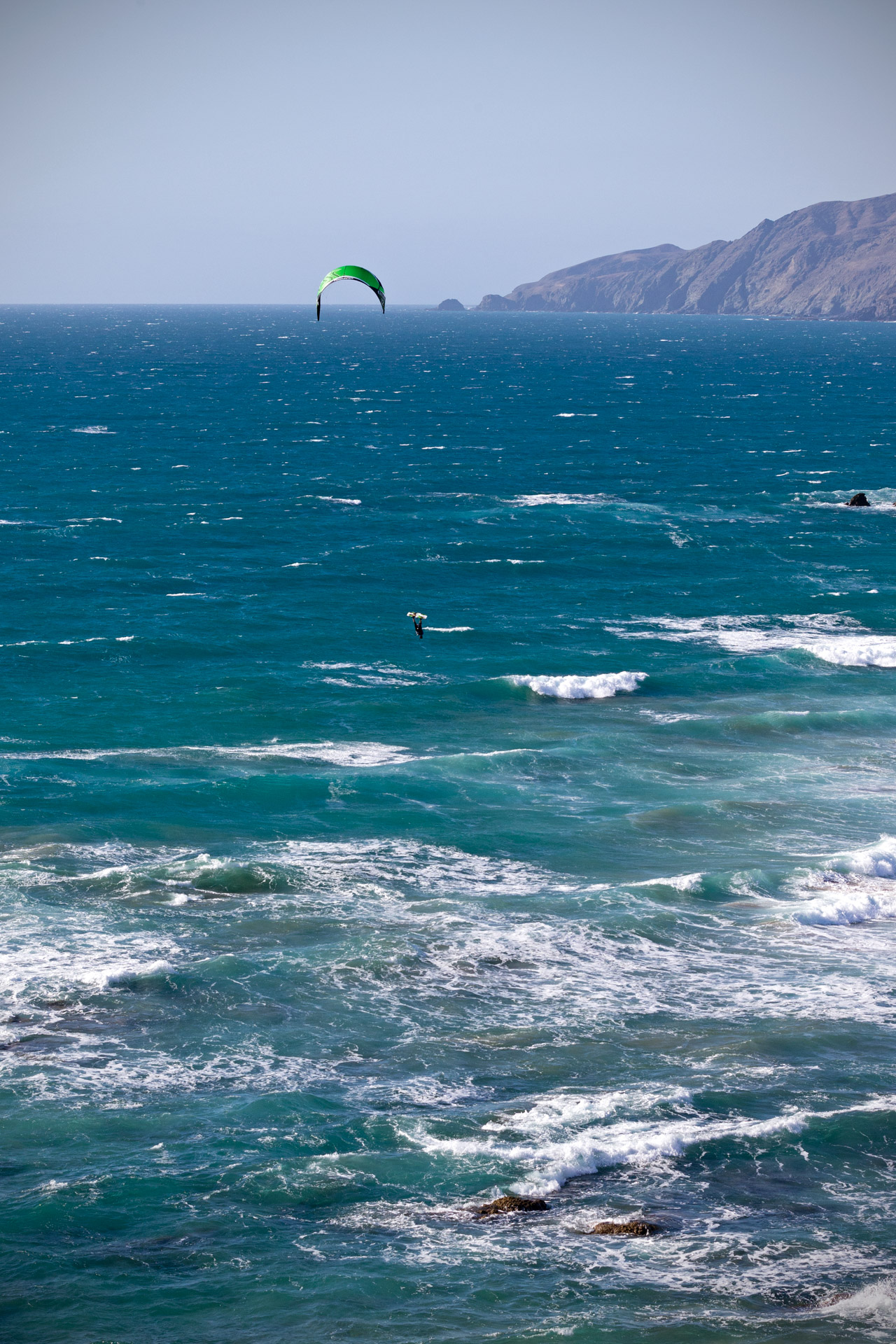 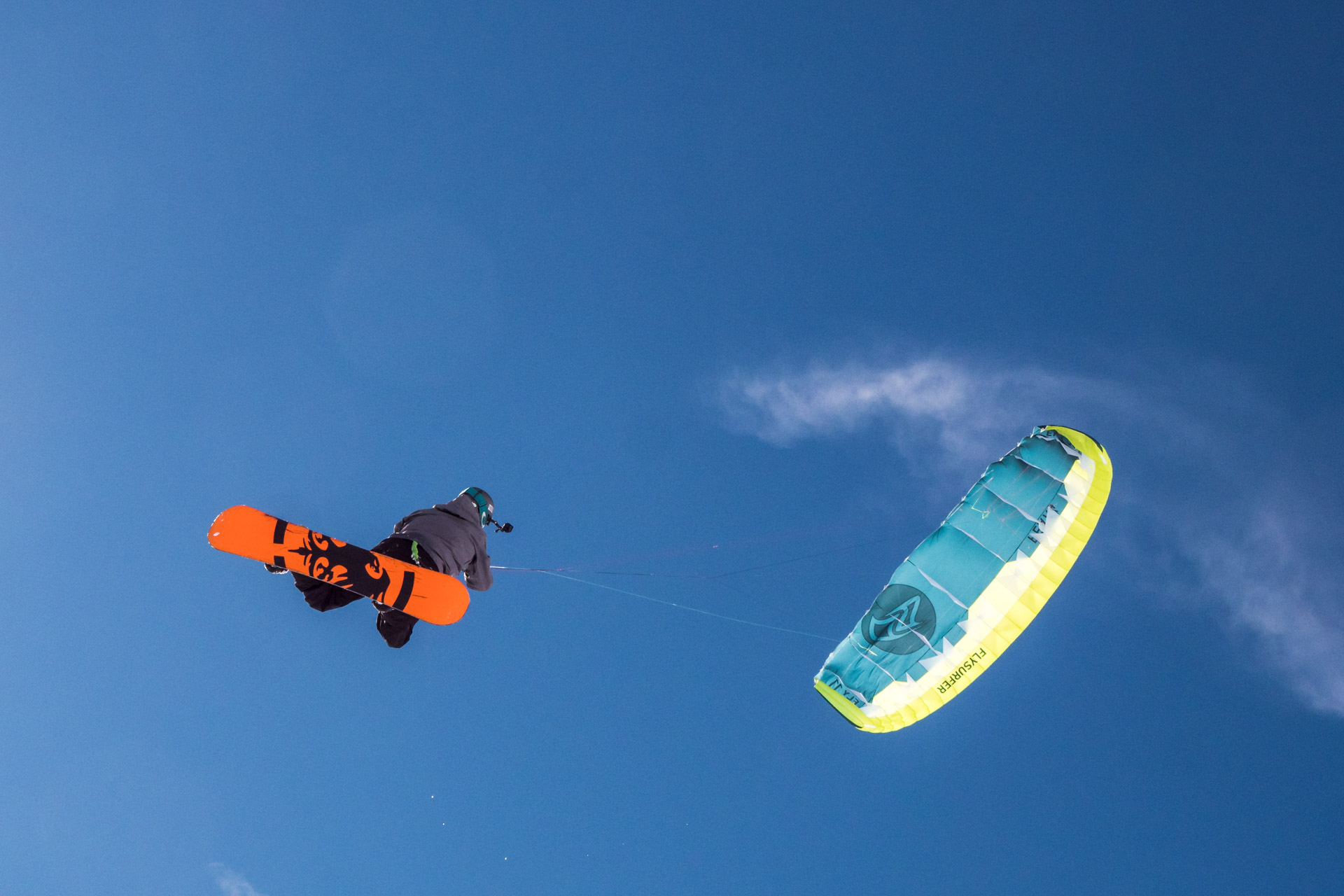 Lolo: My first FLYSURFER shooting was in Fuerte Ventura in 2013 for the CRONIX (first FS tube kite), and we had a blast with the crew there, we gave all our energy riding and shooting all day long – for 7 days all over the Island to produce epic content, I remember “Ernst Novak” was regularly listening to the soundtrack we chose for the video, “Ramon Schoenmaker” was shooting thousands magnificent pictures with his camera, and all the riders involved were riding their best for the promotion of the first FLYSURFER tube kite.

From this trip to Fuerte Ventura in 2013, I joined the FLYSURFER team during many trips; from products shooting to dealers meeting.

I remember very well when we travelled to Guadeloupe for the BOOST product shoot, we rode epic spots and discovered wild places. I remember “Ramon Schoenmaker” taking pictures from a helicopter (not many drones at this time), that was really cool!
Waking up at 4am to go on a sunrise lagoon shooting session with the team, riding under the stars during a night shoot, exploring the jungle and jumping off a 20m waterfall with the guys. Plenty of great memories with the team (Yusca Balogh, Dylan Van Der Meij, Chris Hesina, Andi Harnrieder, Ramon Schoenmaker, Philippe Woodtli WOOP prod).

USA was such a great land kiting trip as well with “Craig Sparkes”, we went to Nevada (California) to do some kite landboarding and kite buggying demos at NABX event (Ivanpah dry lake), it was unreal to boost land-kiting tricks in the middle of the desert.
All the American landkiters I met were super cool.

One extreme trip was the PEAK snowkite photoshoot in Switzerland at “Glacier 3000”, after few hours shooting on the top of the mountains, we had to ride down to the valley with all the camera gear, we were supposed to take a lift to go down, but we were too late and the lift was already closed. I remember we didn’t take the right slope-exit when we were snowboarding and skiing down with “Reinhart Paelinck” (PEAK designer back then), and it was a long and sketchy ride… but we helped each other and we fortunately managed to arrive safe and sound.

In 2018 we went to Patagonia, which was such an epic trip. I went there for the PEAK4 content-shoot, and I met fantastic people: Ivo Pionetti organized this trip with FLYSURFER and we shared a super cool adventure in Argentina and Chile with the local riders and videographers (NOUUEI prod).
I remember that day climbing this wild mountain with all the guys the day after I arrived in Patagonia, a bit jet lagged and already splitboarding up the mountain between the trees to finally arrive on a big plateau called “C4”, we snowkited up to the top of the mountain and enjoyed a 360 panorama view in wild Patagonia.
Big Condors were flying above me, I felt like I was snowkiting in the middle of nowhere, the beauty of this place was so pure and magic.
Also during this trip we were having a wild barbecue with Ivo and Nacho next to a lake. Ivo prepared a typical Patagonian meal for us called “Asado”, the scenery and the taste of the food made it one of the most epic dishes I ever had! 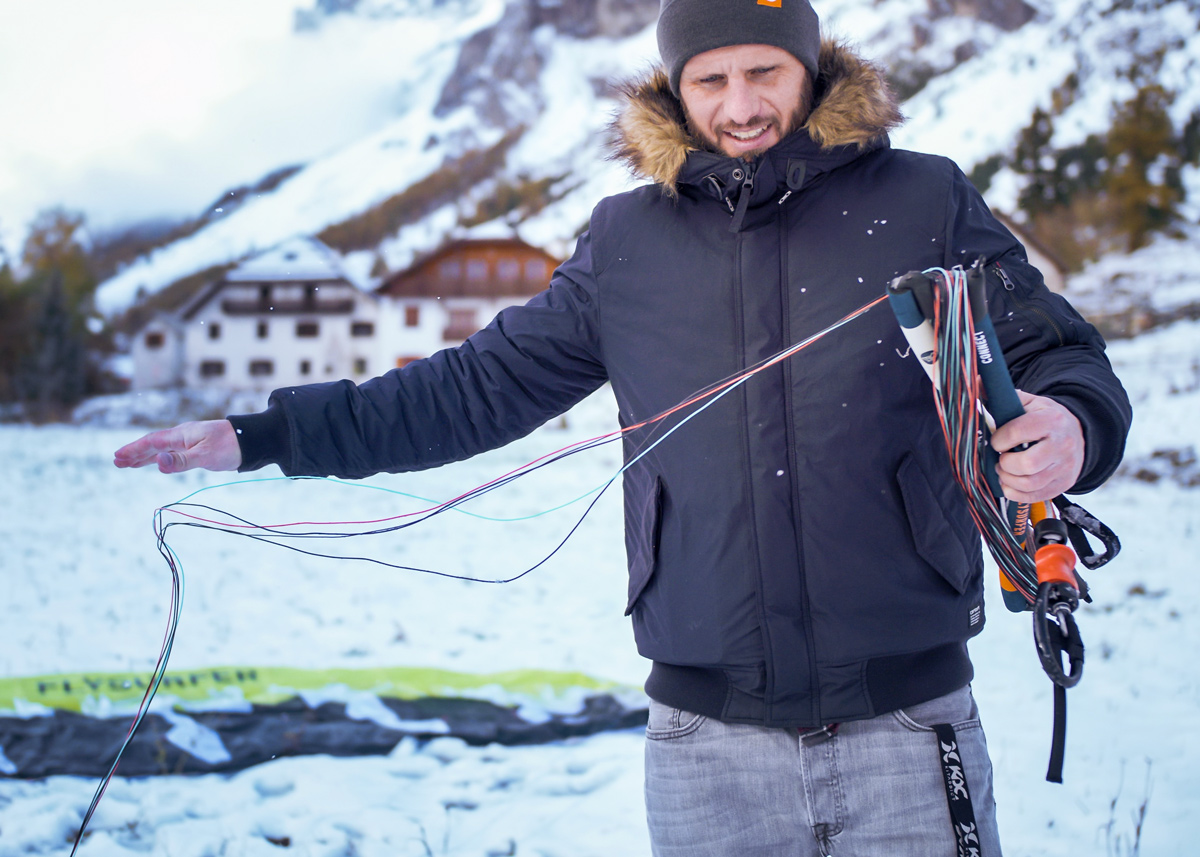 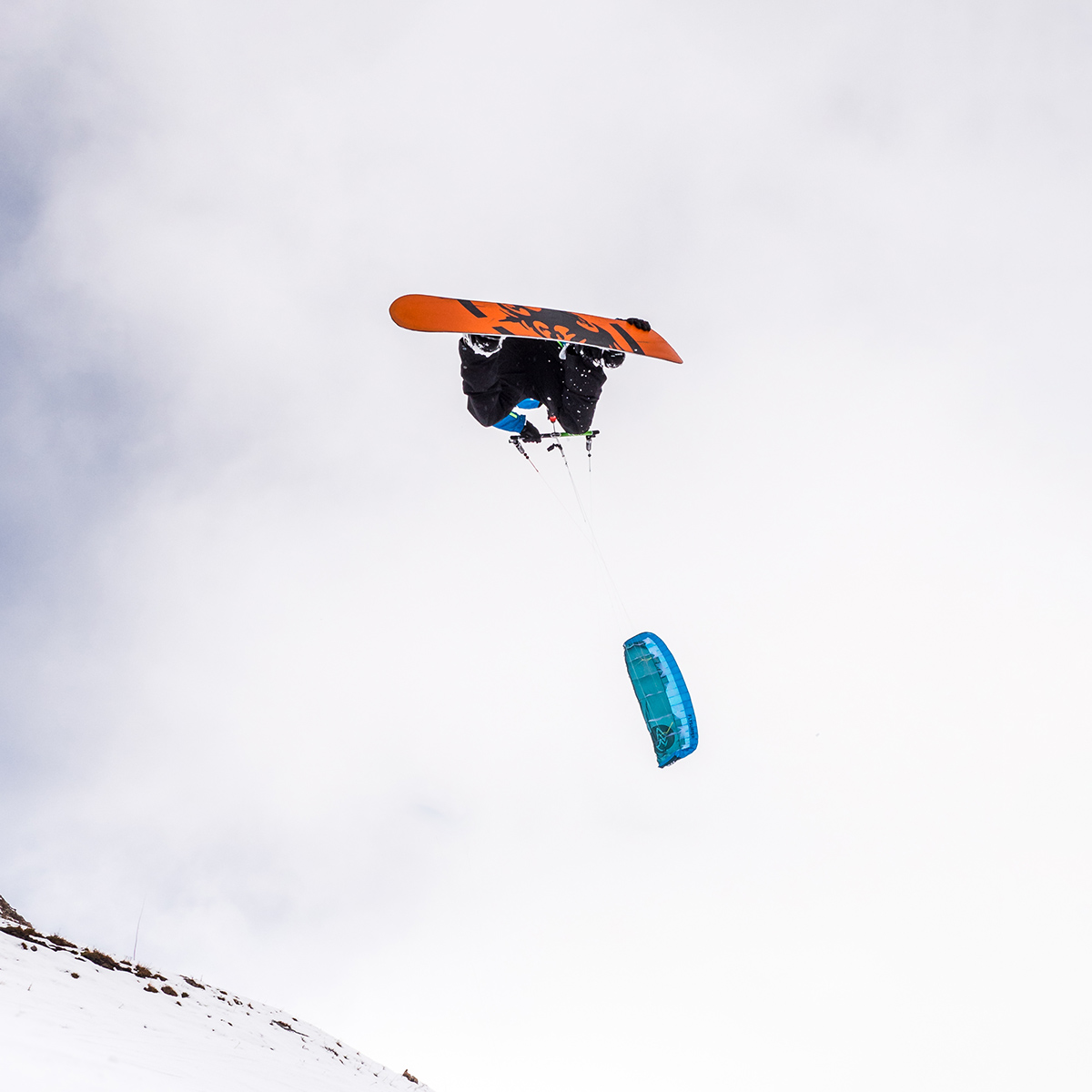 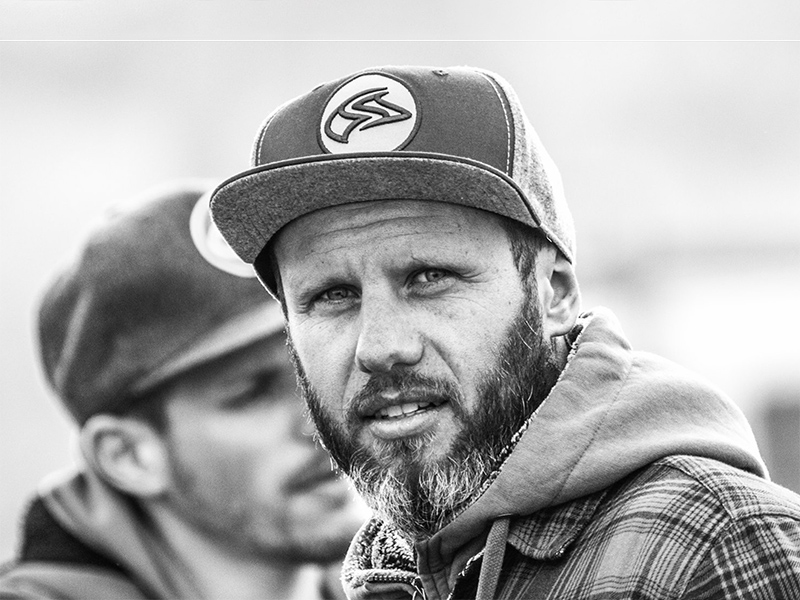 In which FS product-development were you involved?

Lolo: I was a bit involved in the PEAK development, giving my feedback to R&D team after riding prototypes.

How are you identifying yourself with FS and why? Foiling – Freeride – Snowkiting – Touring – Winging – Kitesurf?

Lolo: FLYSURFER fits perfectly to my riding-style, because I’m a versatile rider, I enjoy kiteboarding on snow, land and water. I’m identifying myself as a freestyle-all-terrain kiteboarder.

What’s the future of the kiteboarding sport?

Lolo: I think there will be more foil kites than tube kites. Kiteboarding is a cool way to explore, so I think more and more people will get into this sport, especially on snow, because it’s a different way to explore mountains, and the PEAK is the perfect toy, which you should pack into your bag in case of wind comes during yourski/split touring adventures.

Lolo: My goal is to always have fun while kiteboarding.

Lolo: If you are flying and surfing at the same time, then you can enjoy this amazing feeling of freedom and to play with the elements.

Lonely island: 3 things – what are you taking with you?

Lolo: That depends on for how long I have to stay there. ;)
For a few days: SOUL 15m, RADICAL M, and my GoPro to shoot epic footage.
For a few months: a lighter, a knife and a sleeping bag to save my life haha!

If you would like to know more about snow kiting or even participate in a snow kite-camp this winter, then make sure to check out Lolo BSD snow kite camp.