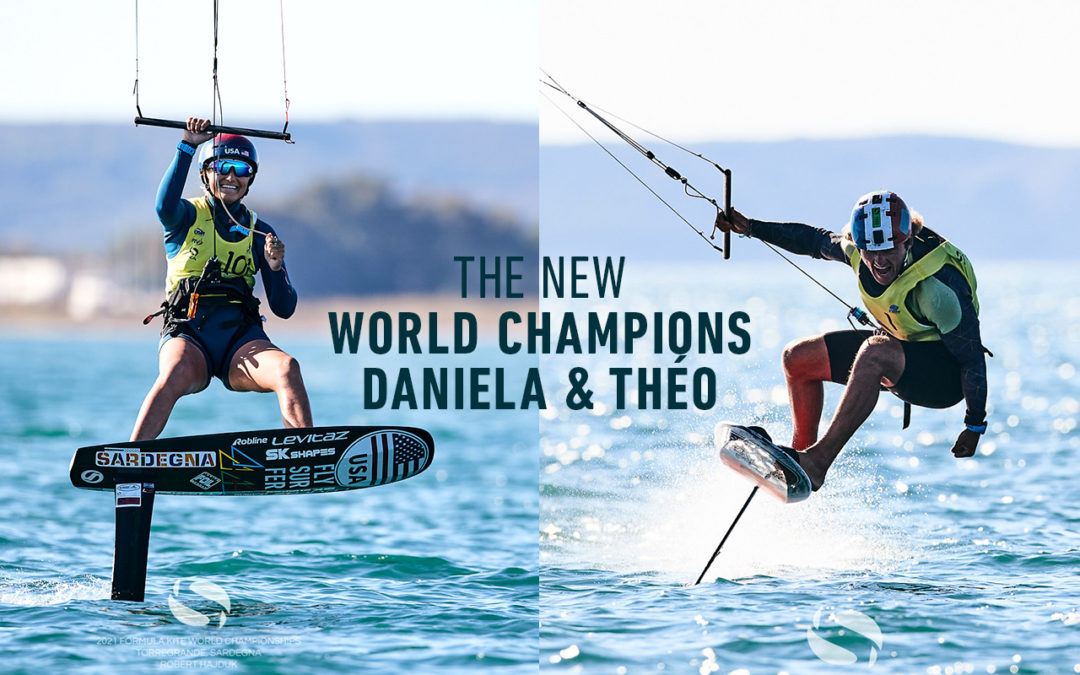 The edge-of-the-seat drama of the finals came after 138 athletes—89 men and 49 women from 34 countries and six continents—lined up to fight for the IKA world titles after a two-year break because of the pandemic. It is the biggest kitefoil fleet assembled, courtesy of burgeoning worldwide interest because of the Olympics.

The two rounds of the men’s and women’s semi-finals, with six athletes in each heat, got underway in 7-8kts of intensely shifty breeze blowing over flat waters, sparking awesomely-fast racing by the competitors on their biggest 19m and 21m kites.

Daniela Moroz (US) closed out a remarkable five titles in a row at the Formula Kite World Championships on the Italian island of Sardinia, coming from behind in the finals shootout on the sparkling Gulf of Oristano, to seize the coveted crown.

Théo de Ramecourt entered the medal race final in pole position, after a second attempt in utterly engrossing competition to secure the bullet that gave him the first world title he craved. 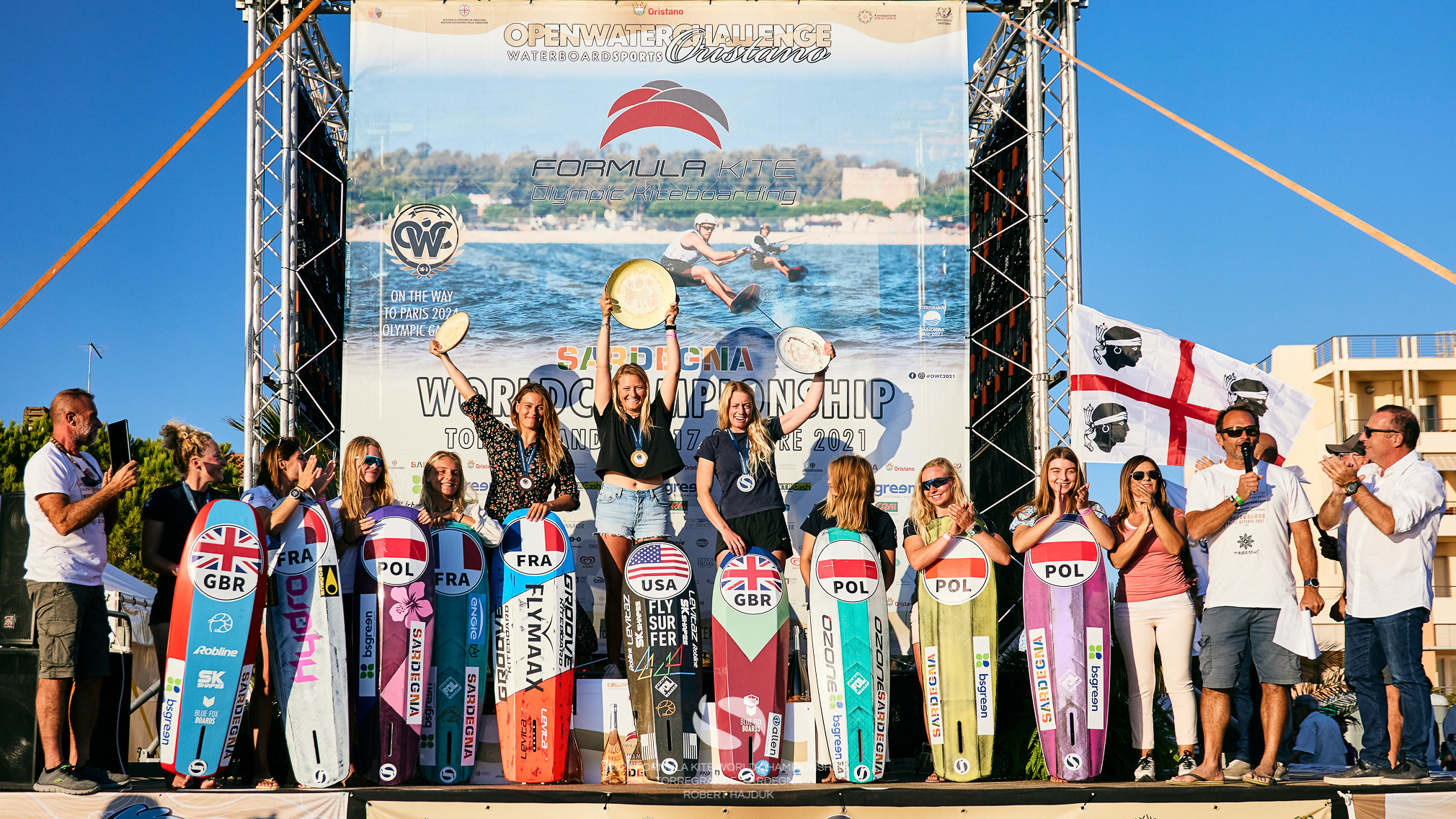 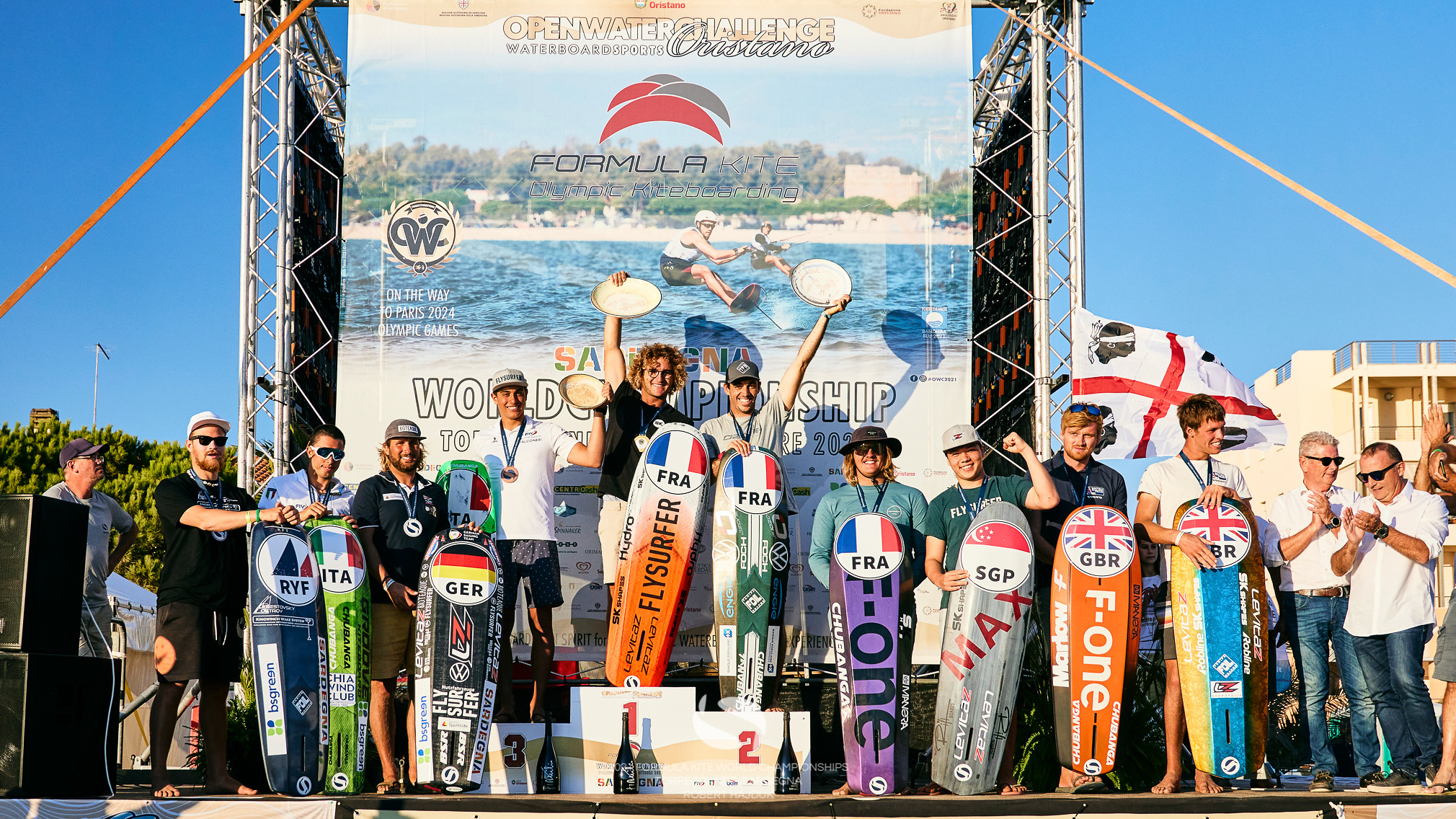 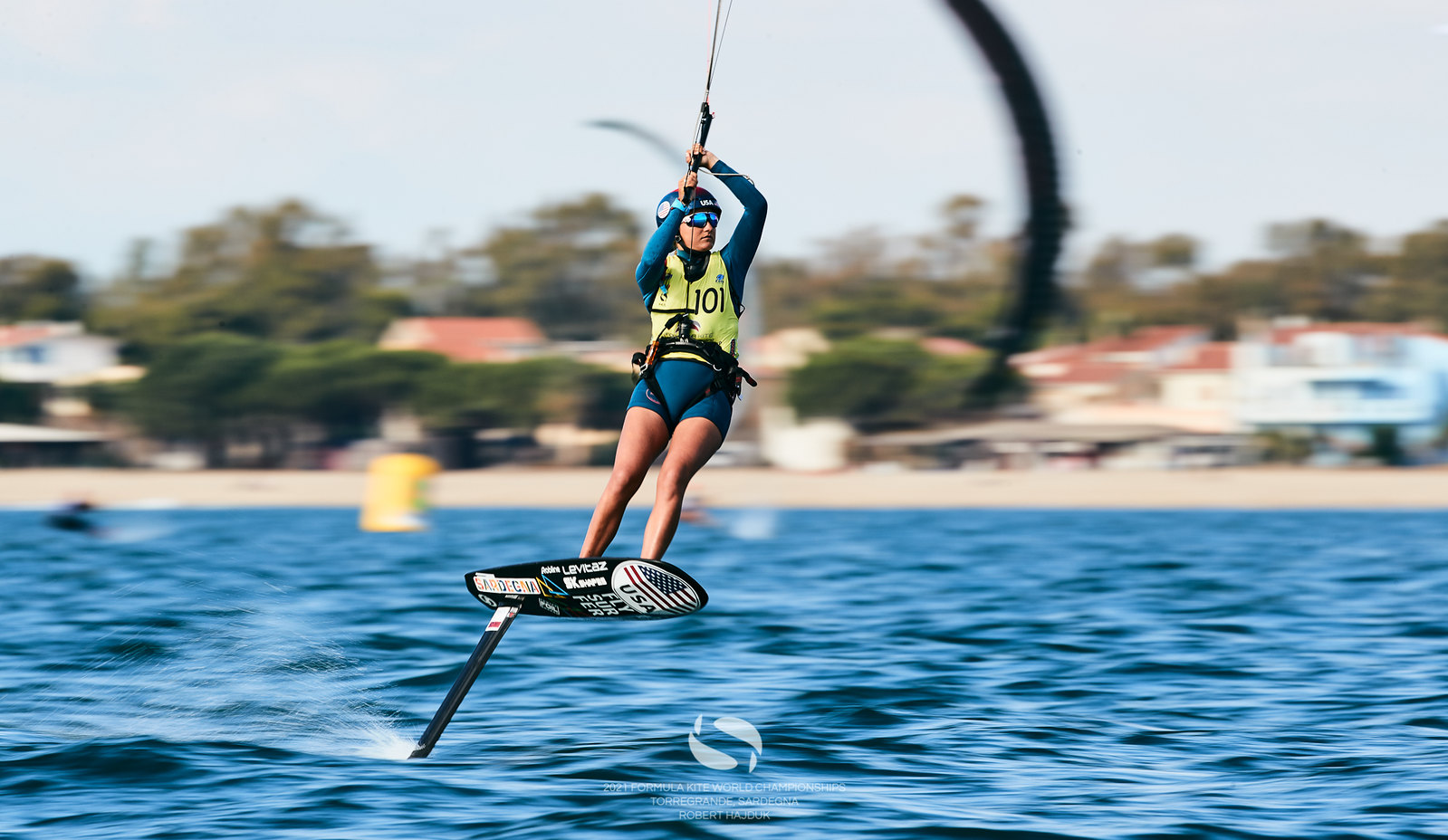 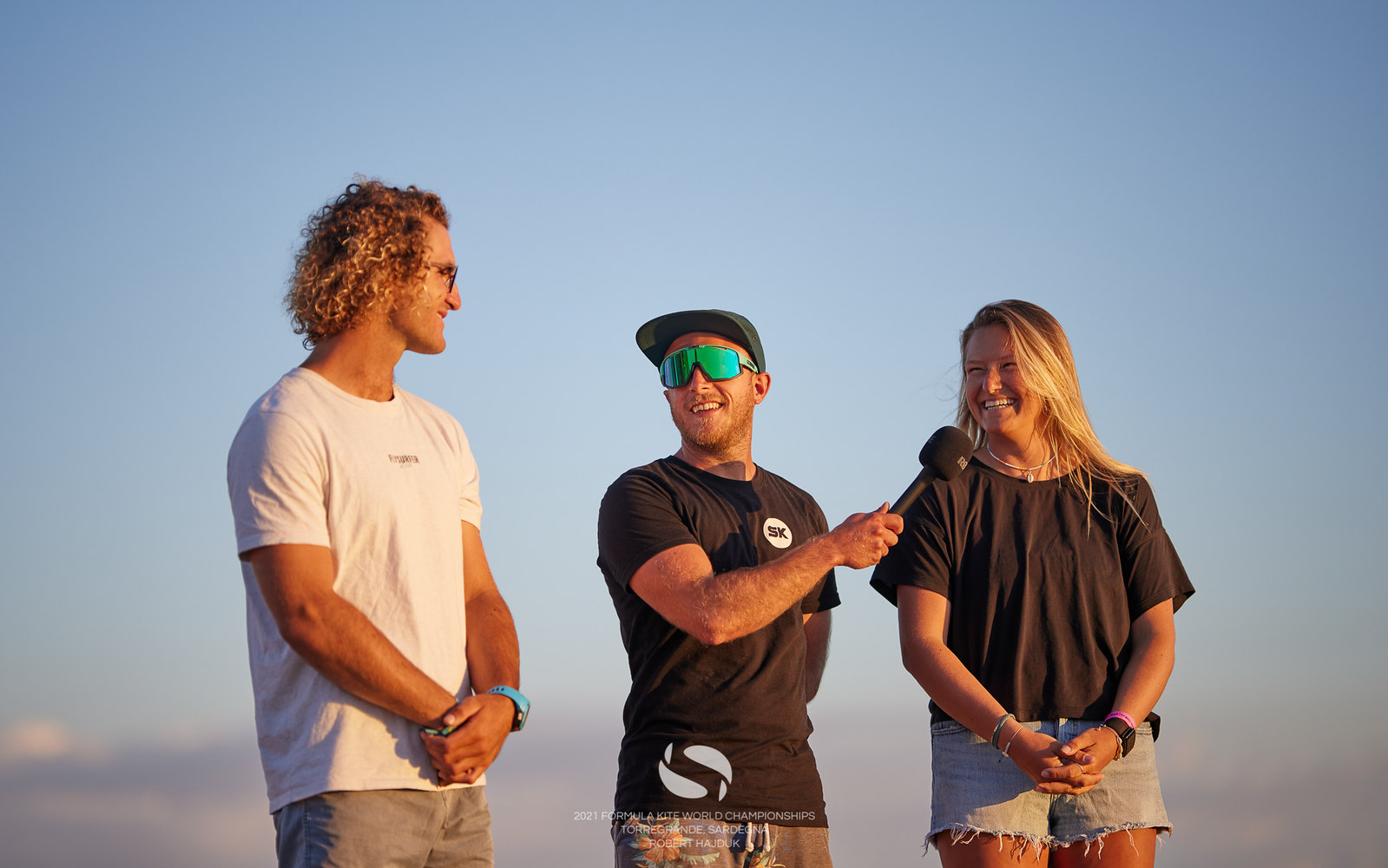 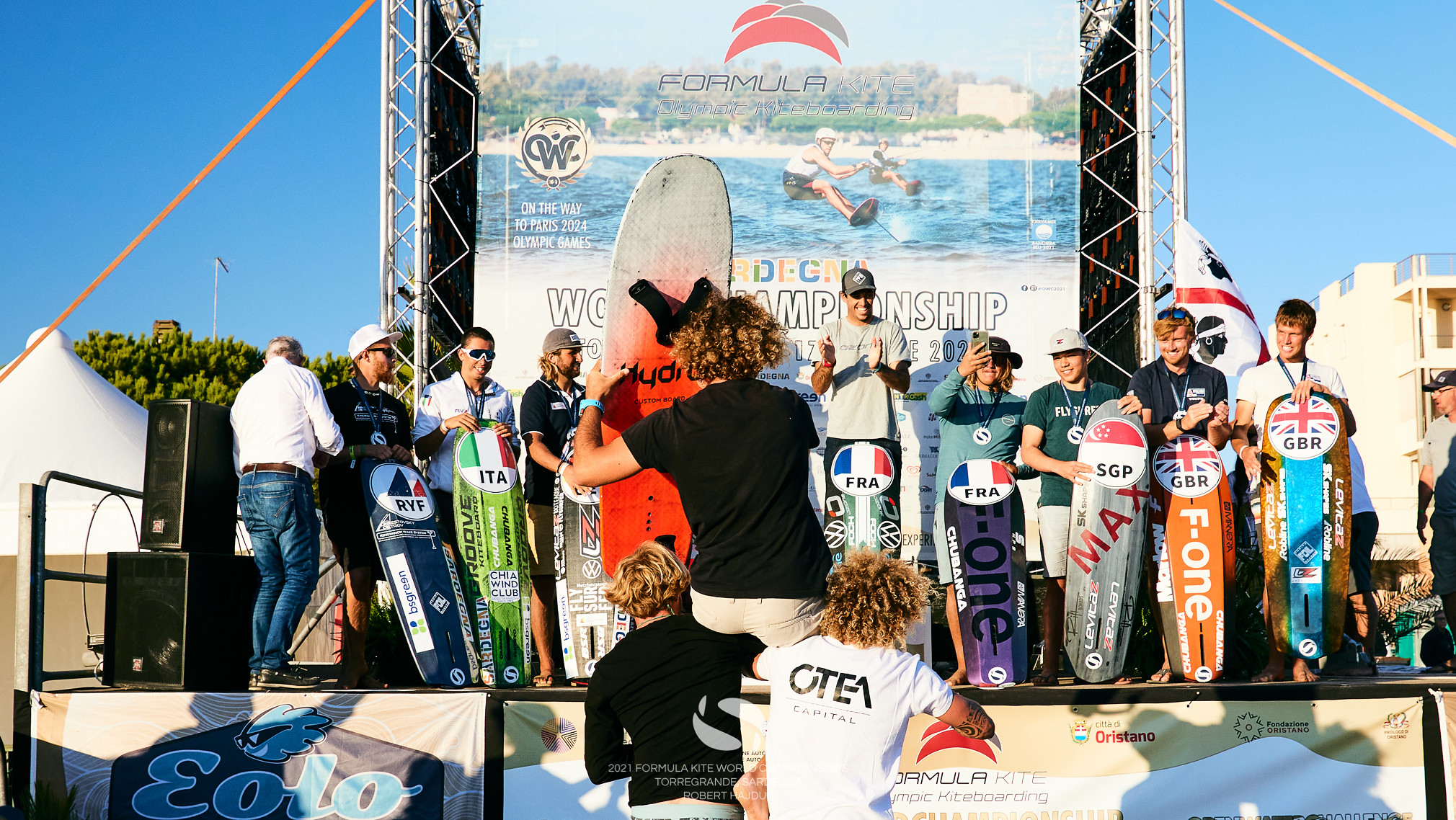 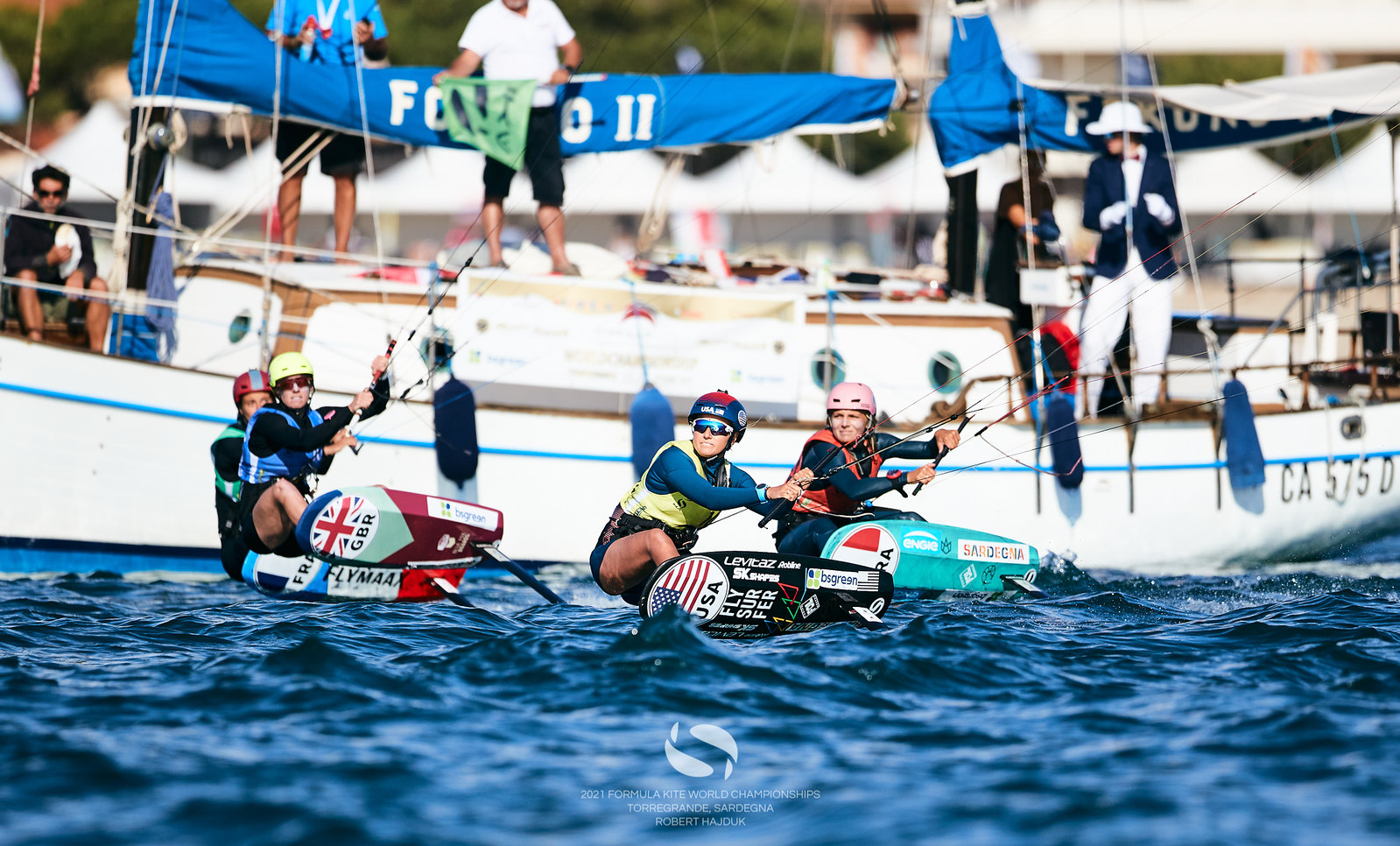 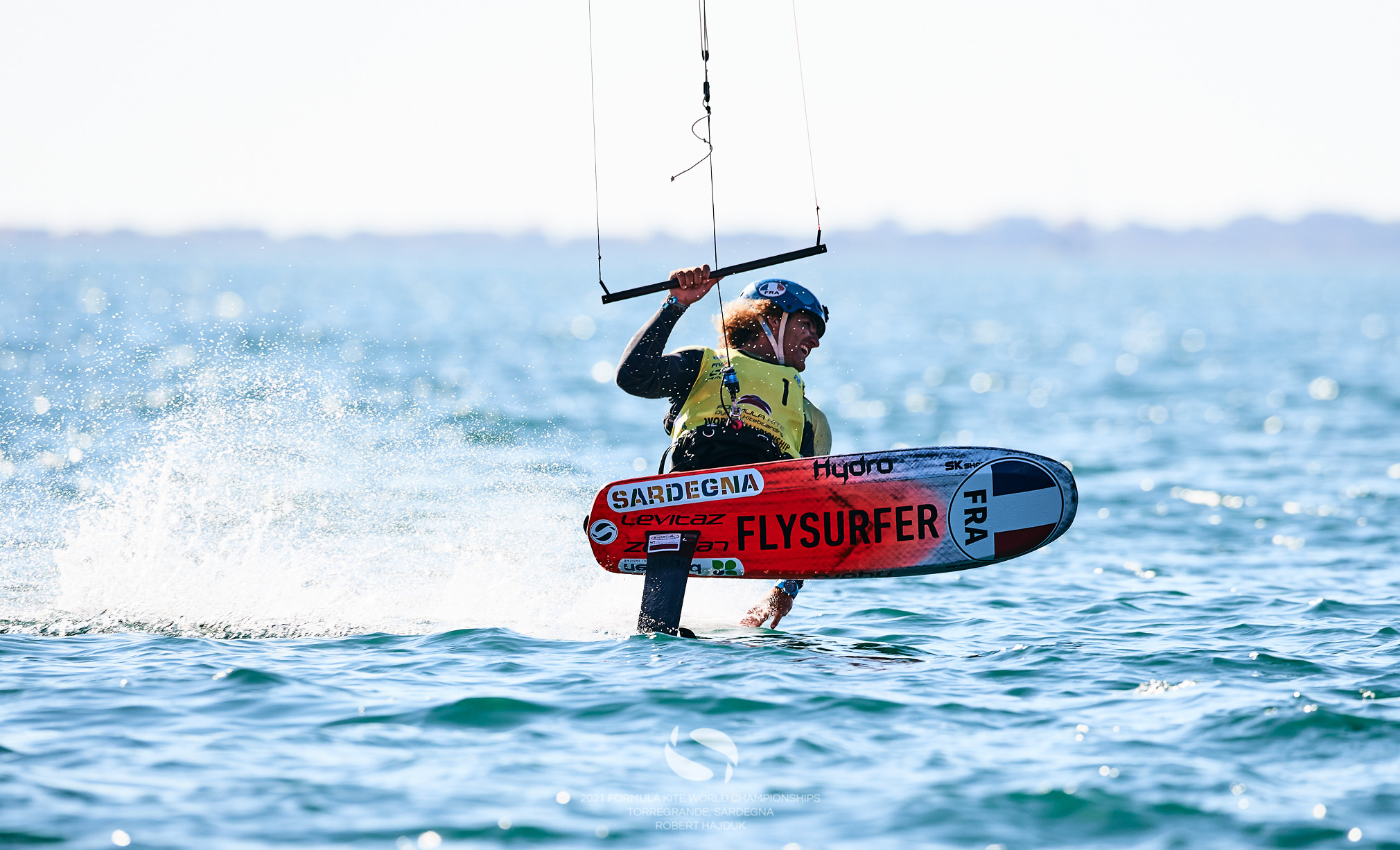 Both athletes were completely elated by their triumphs after five days of intensely-tight racing on the glorious track off Torregrande, in the first International Kiteboarding Association (IKA) Formula Kite Worlds of the Olympic cycle. 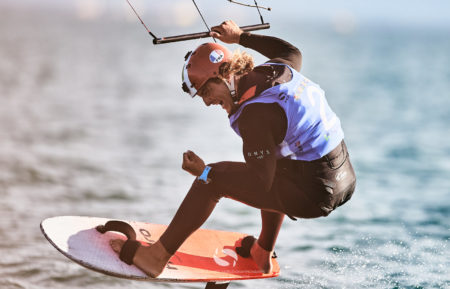 “I’m just super-happy,” Théo said.
“It was intense in the final, but I tried to take it step-by-step and just do my best. It feels so great. Really, really happy. It makes a big difference because the Olympics are getting closer.”

“I’m really happy to make it five,” said Daniela.
“It feels really surreal and I haven’t processed it yet. I’m still kind of absorbing it and enjoying it. It was a really tough week in all of the conditions. Then, in the end it all comes down to the last race. I was definitely a bit nervous this morning, but we got through it.”

Théo was acutely aware of the approaching Olympics, when kiteboarding will make its debut in his home country at the Paris 2024 Games, further raising the stakes and shining the spotlight on his victory. De Ramecourt led almost all the way around the windward-leeward track in the first finals race, only to find himself passed by a scorchingly-fast Mazella on the last downwind leg. But De Ramecourt put the matter to rest with a bullet the second time around, seeing off Pianosi, who took third overall just behind Mazella. 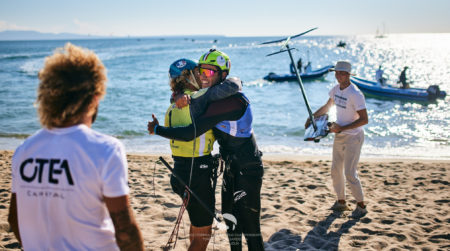 “The final was pretty intense,” said Mazella.
“I managed to win the first race just at the end. The second, I tried a port-tack start and it didn’t work out. But in the end I’m still super-happy about my consistency. I’m also really happy for my mate, Théo de Ramecourt.”

The phenomenon of the 2021 Worlds, Pianosi, was still trying to process his third step on the podium after beating some of the world’s best. 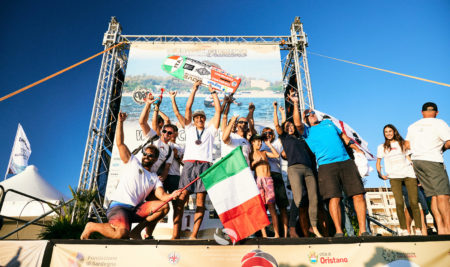 “This is my first world championship and I can’t quite believe it,” said Riccardo.
“The emotions are just so strong. When I got the two bullets in the semi-finals it was an incredible feeling. But I knew in the final it would be tough. Théo de Ramecourt is really, really fast, especially in these conditions.”

FLYSURFER congrats all racers for an outstanding performance and a thrilling event.