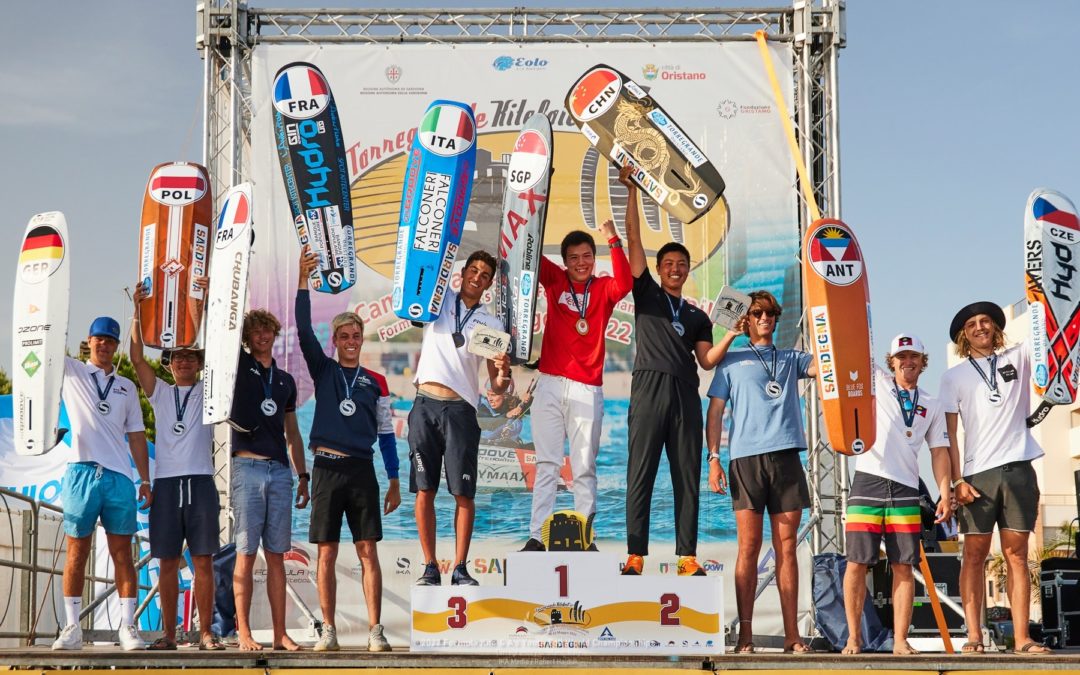 Italian home crowd favorite Riccardo Pianosi raced a great regatta and was destined to challenge Meader for the win. He was the only rider to take away two wins during the event from Maeder and everything was set for an epic Grand-Final on Sunday between the two top seeds. But things didn’t go as expected and Riccardo who tried to control the Singaporean in the first Final ran straight into a lull together with Maeder. Both handed the momentum back to Qibin Huang, who had to qualify through the Semi-Final A to contend for the title.

Qibin underlined his increasing form, by winning the first race in the Grand Final, even putting him into a position to potentially secure gold. In the second race of the finals, it was Arthur Lhez (FRA) led in front of the two athletes from the far east. He then had a gnarly crash on the first downwind leg, putting him out of contention for the win. Then Qibin was involved in an epic bout with winner Max, and both secured an unbelievable one-two victory, which meant the world for Asia’s racing scene. 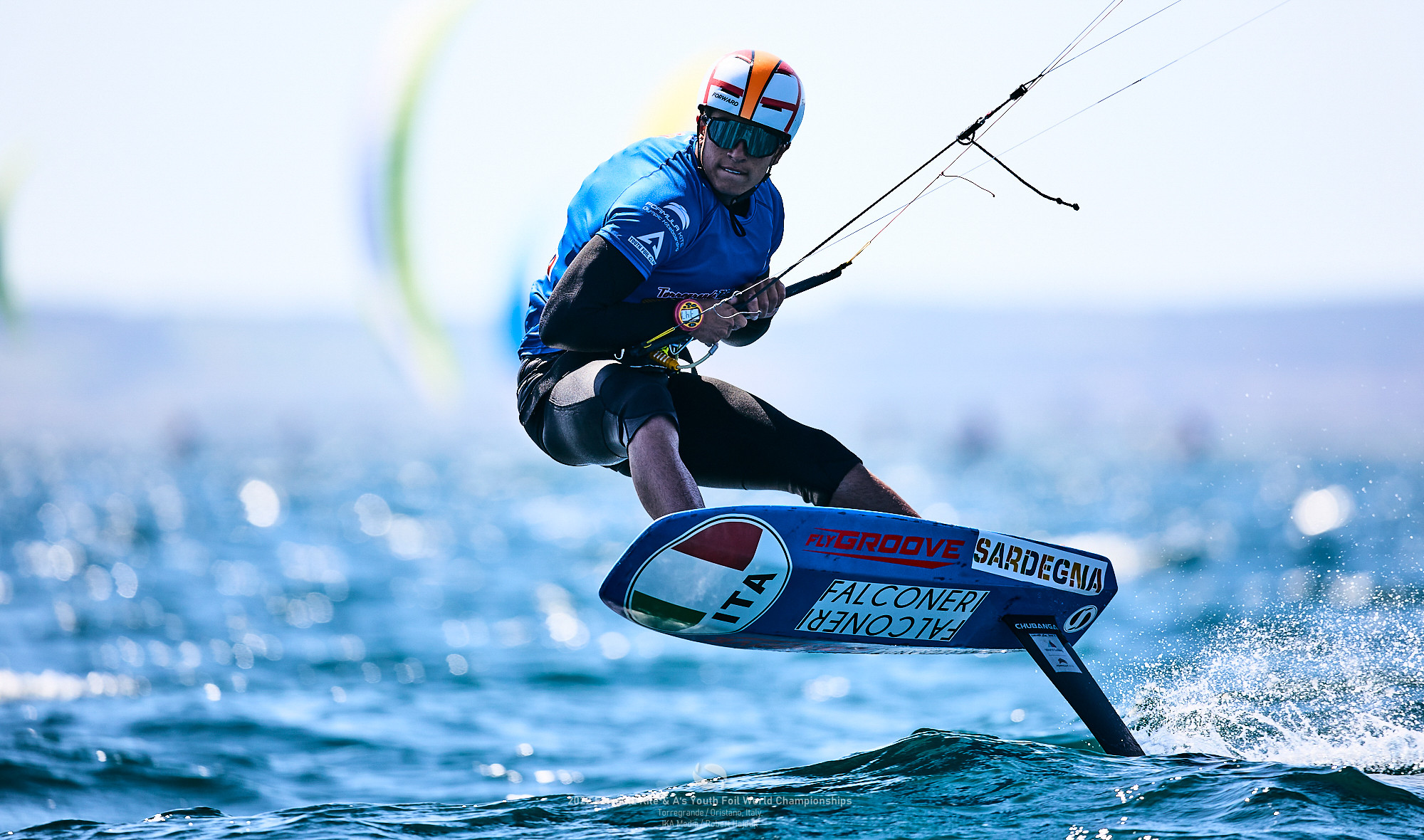 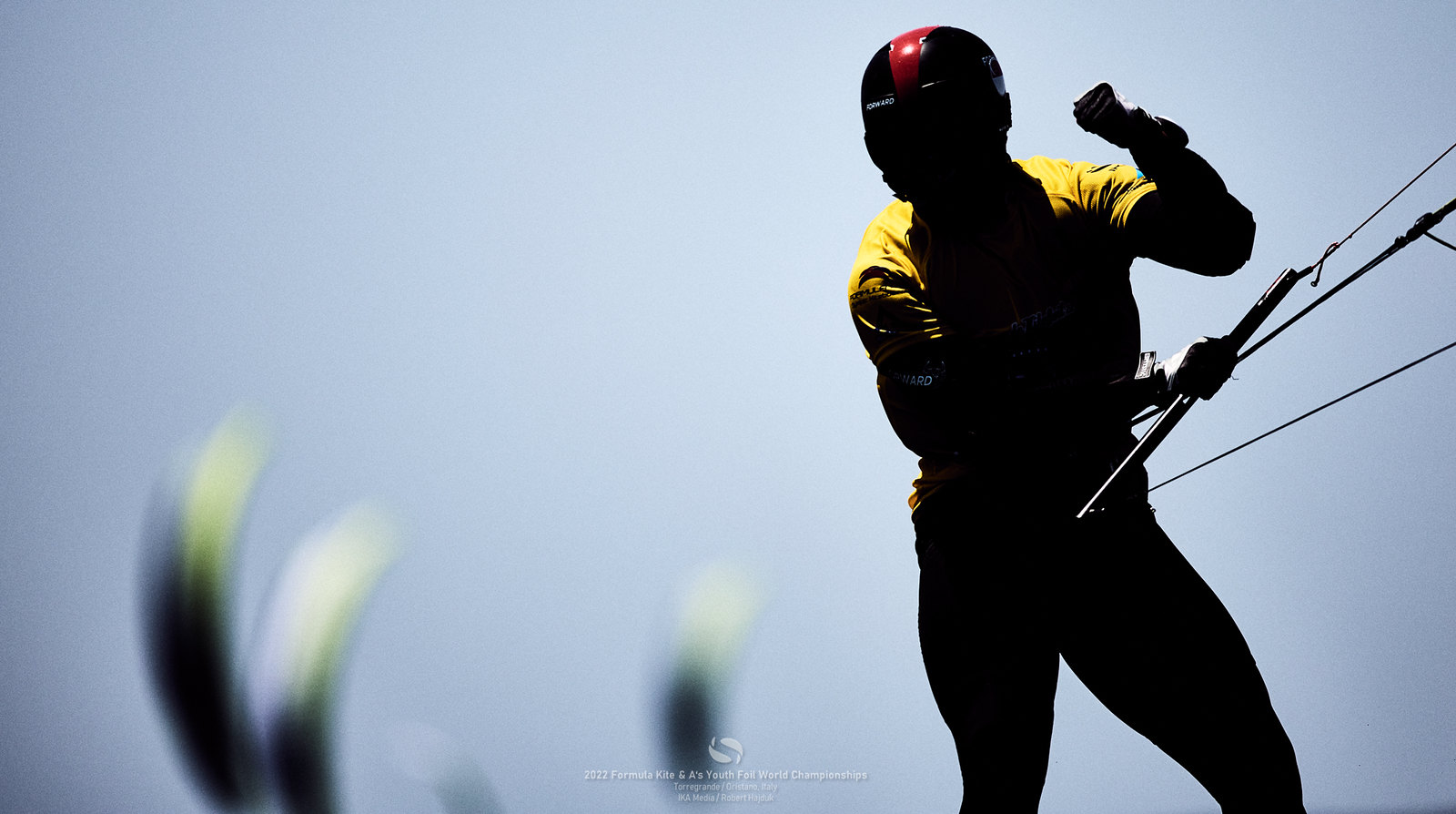 “Two Asians on the top, oh my god! I cannot believe this, I mean… look at this Asia is coming in full force! At first, during the Olympic weekend in France, we had two Asian in the top 10 of the world and now at the Youth World Championships, number one and two are Asians. What can I say? It’s great and I hope this result brings more Asian people into the sport and enriches kite racing.” Max Maeder

“I was really happy about me and Max becoming the world’s top two. We are showing that Asians can win this competition format!” Qibin Huang 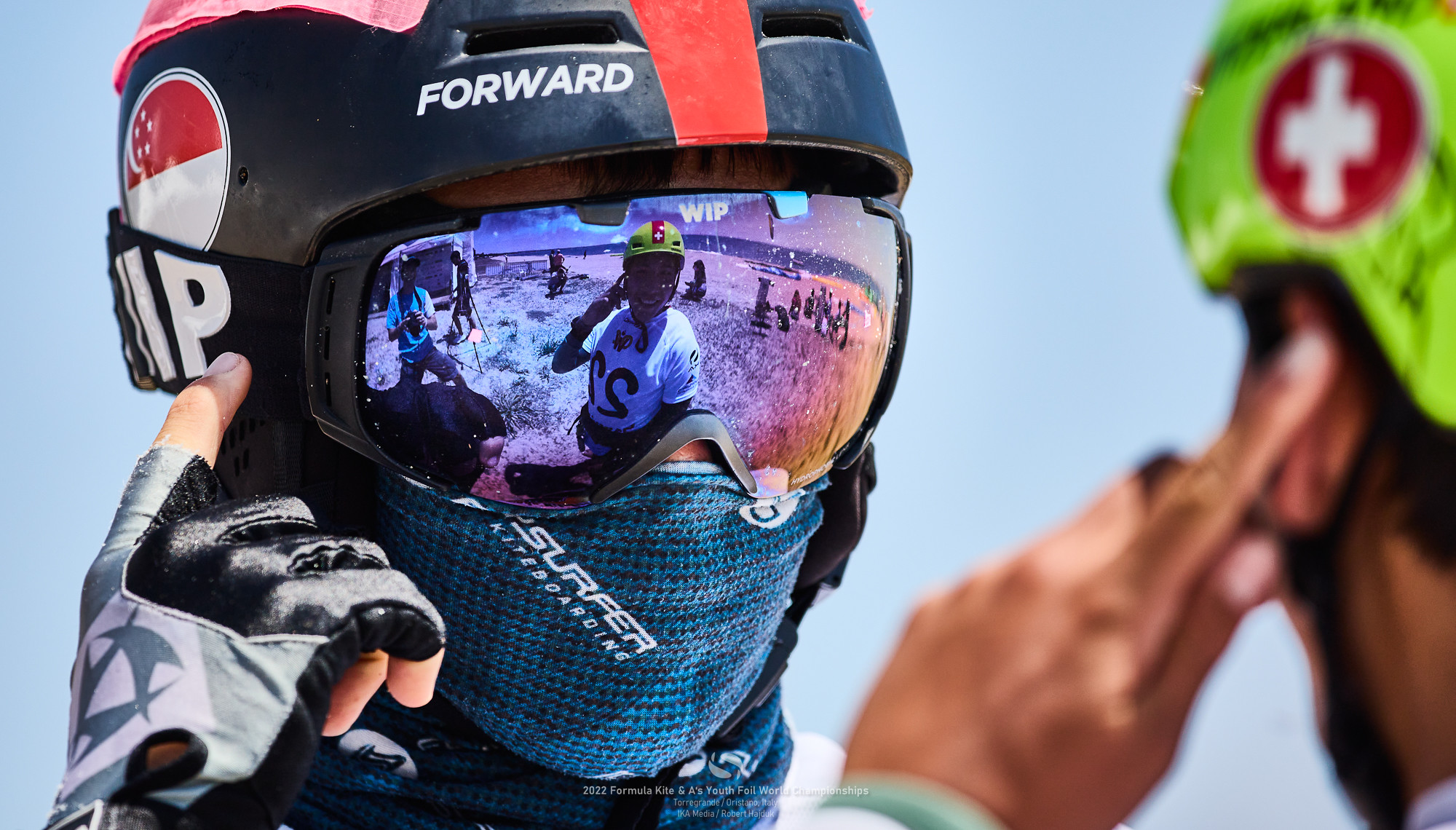 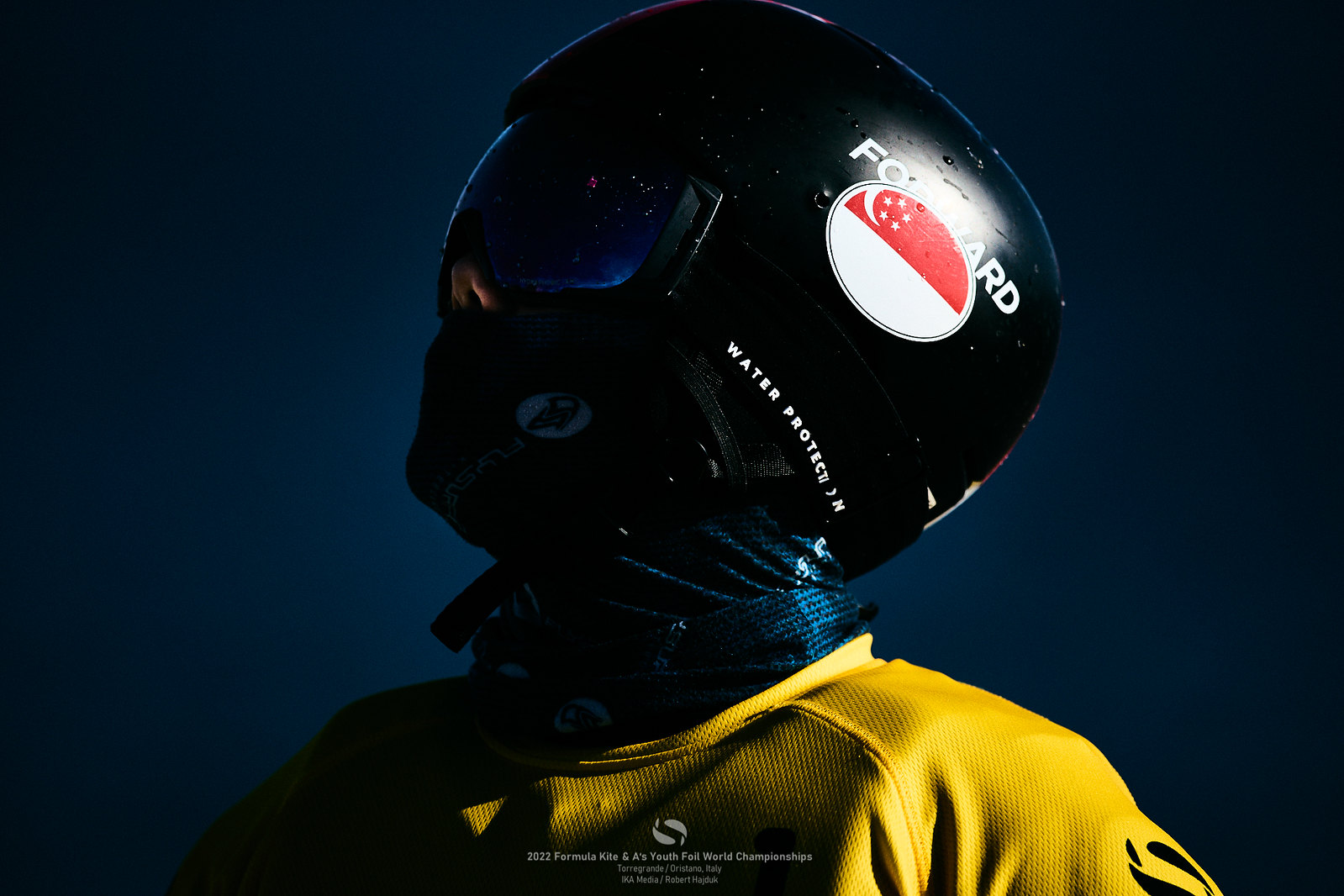 We as a manufacturer are very happy about the outcome of this event, where the majority of riders put their trust in our VMG 23 and VMG 21 products. With the decision on which equipment the male athletes are using becoming clearer, we saw more diversity in the women’s fleet. It came down to the wire and Nina Arcisz (POL) crowned herself as an unexpected champion. 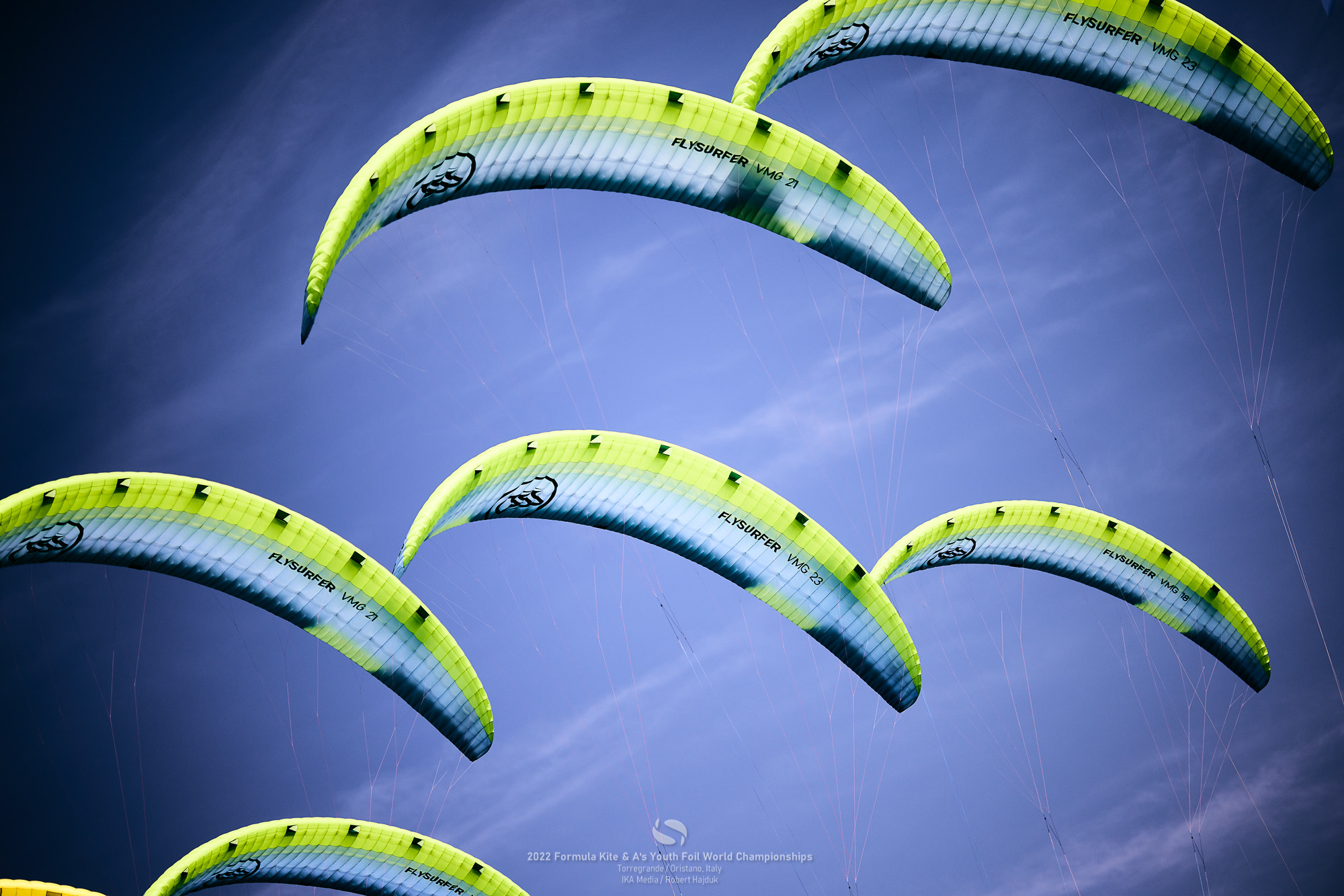 Nina transformed a fifth-place qualifying finish into the IKA Youth World Championship title. She initially won two races against her Polish teammates in Semi-Final B. Against all odds, Arcisz (POL) managed to pass the leader Maya Ashkenazi (ISR) and second-seeded Heloise Pegourie (FRA) with ease but had to fight hard against Sofia Tomasoni (ITA). 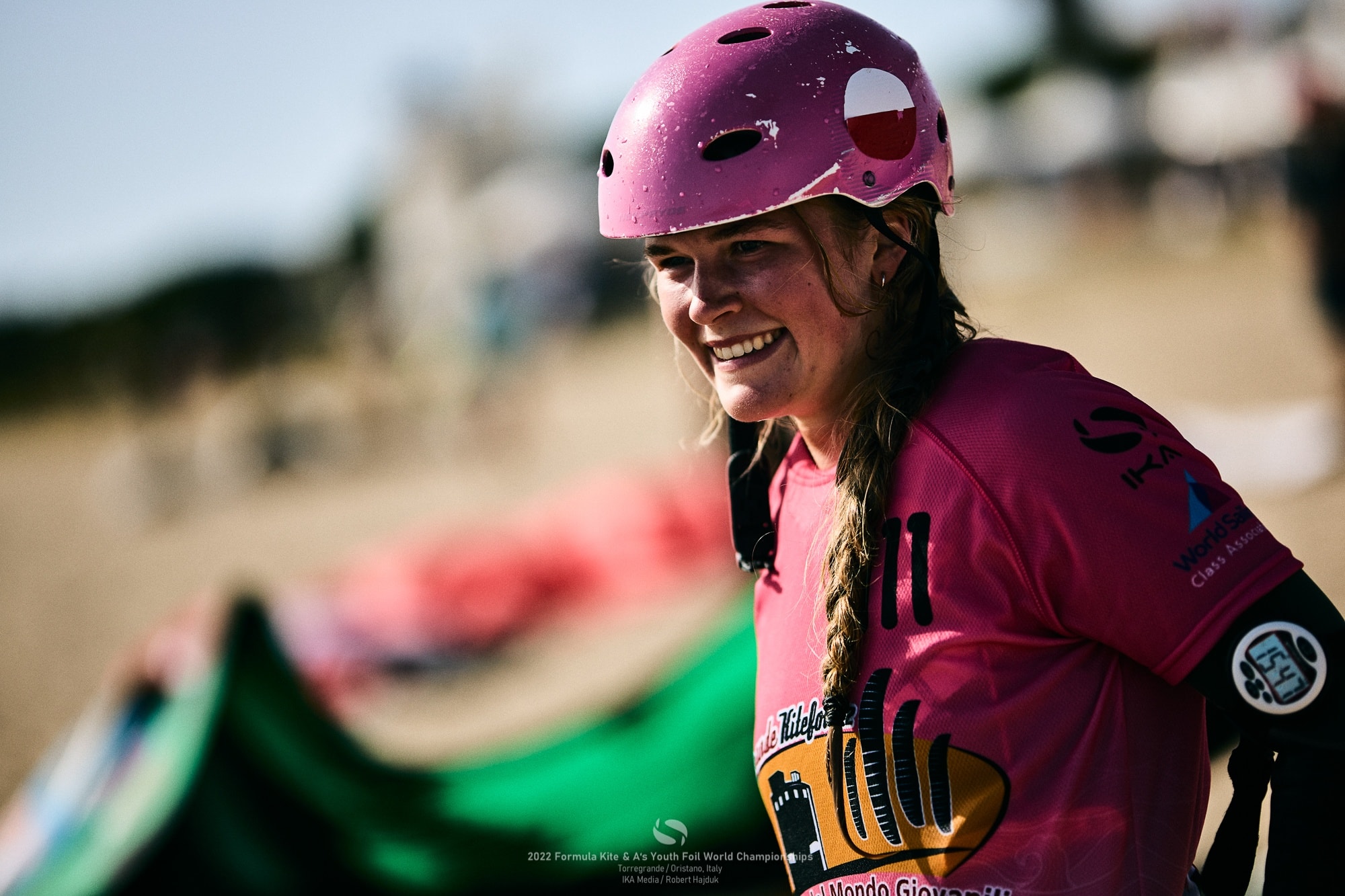 On the other hand, former YOG TT-Racing Gold Medalist Tomasoni had almost a perfect Sunday herself. She got the better end against FLYSURFER teammate Magdalena Woyciechowska (POL) in Semi-Final A, advancing to the Grand-Final. Sofia excelled on her VMG 21 in shifting winds putting a lot of pressure on her competitors by winning the first race against the other finalists.

It went down the wire after the wind shut down. In even lighter wind, Nina Arcisz did not put a foot wrong and won three consecutive races after the break to secure the gold medal for Poland! Maya Ashkenazi claimed the silver medal for Israel. Heloise Pegourie took home the bronze medal for France. 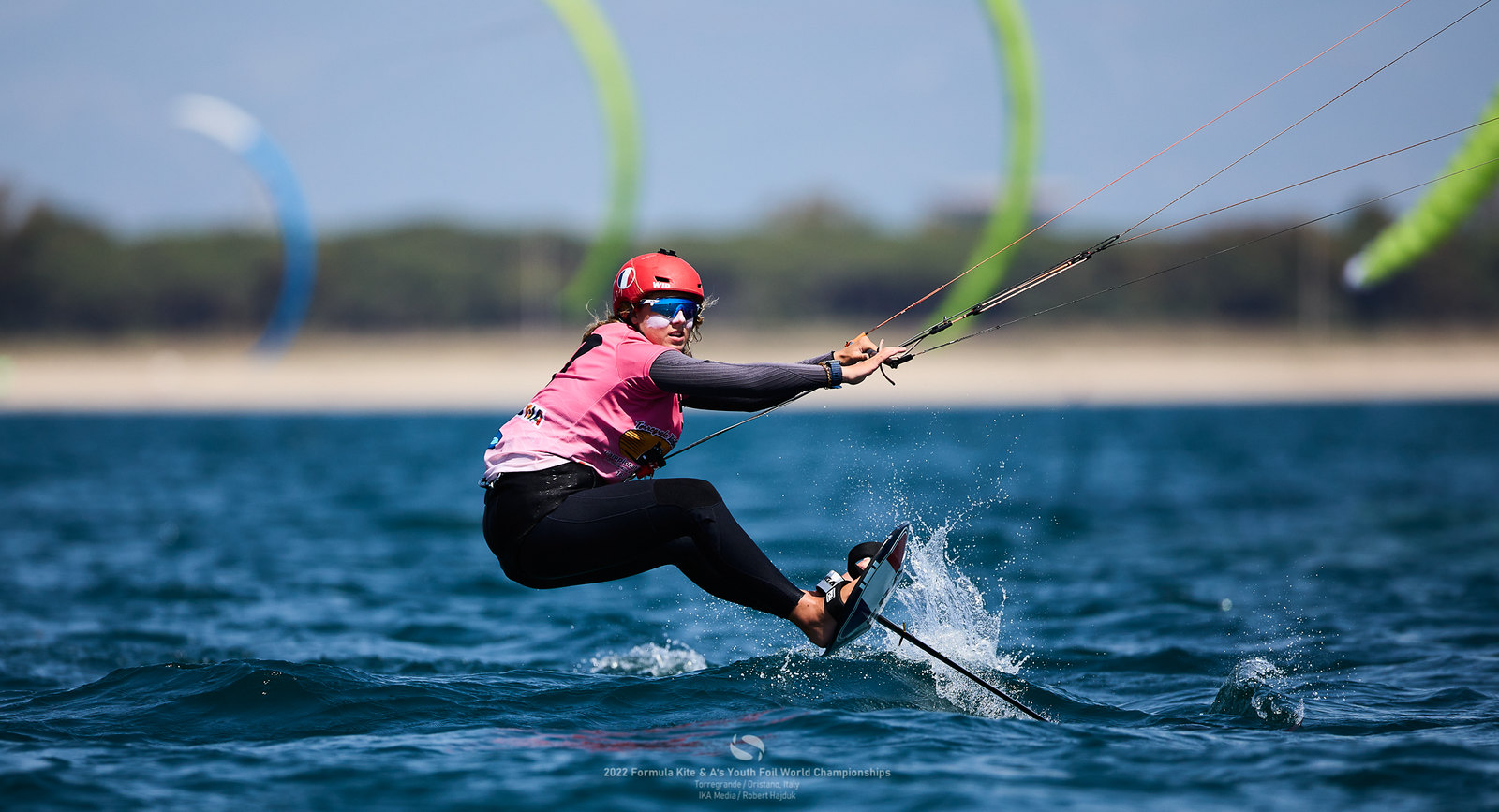 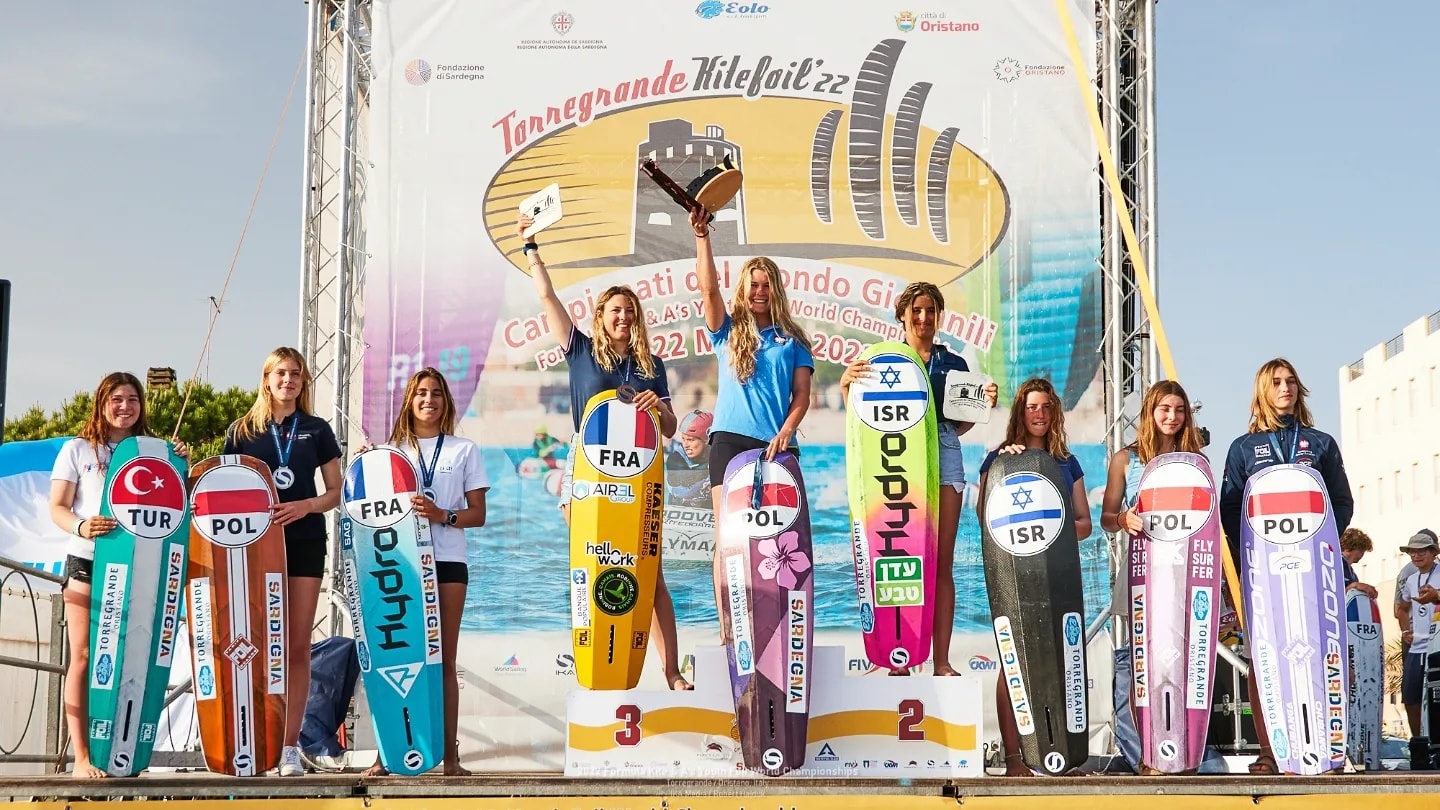 Summarizing the event, which I could finally witness in person, was a huge success and a win for the sport. We saw a drastic increase in physical strength, tactical awareness, and a dramatic outcome!

FLYSURFER wants to thank the IKA for organizing the event and all athletes attending the Youth World Championships. A big shoutout to our athletes!

Rewatch the action on the kiteclasses channel!