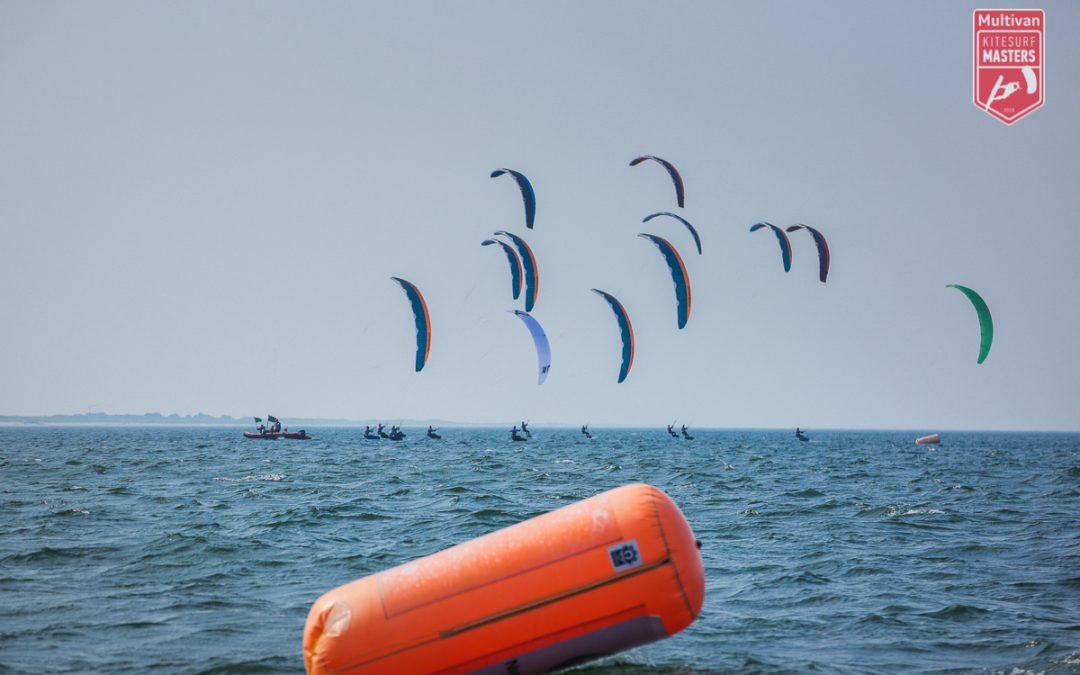 The FLYSURFER team starts with a huge success in the first stop of the German Kitesurf competition season. Excellent wind conditions enabled official competitions on three out of four days and results were achieved in all three disciplines: Racing, Slalom and Freestyle.In the women’s competition, defending champion Sabrina Lutz dominated and referred Merle Mönster and Leonie Meyer (FLYSURFER) to the second and third place. Our athlete Leonie Meyer describes the first competition day: “In very difficult conditions, a lot of current and gusty wind, choppy waves from all sides, I could not show my best tricks, but I managed to land every trick! It could not have been much better and I am very satisfied with the result.”

In Racing Florian Gruber (FLYSURFER) showed his superiority and won a total of nine races, giving him the perfect score of 7.0 points. On the other hand, the struggle for second place brought drama. Here, Jannis Maus (FLYSURFER) and Oliver Hansen faced each other. In the last race Maus would have to finish in front of Hansen and risked everything. Maybe a bit too much. Because by a crash on the last straight, he gambled the odds too much for second place.

Flo has flaunted his magnificent winter form impressively in native waters and summarizes: “Sun and wind – that’s something you rarely have. The event was superbly organized and went perfect for me. I am happy about my performance and look forward to the upcoming events of the 2018 Multivan Kitesurf Masters” 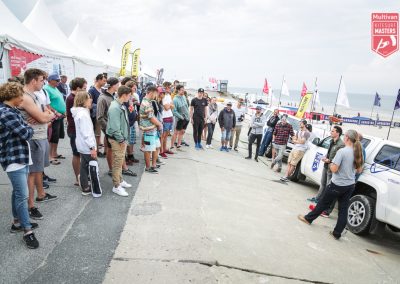 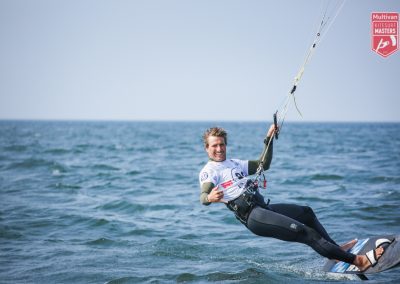 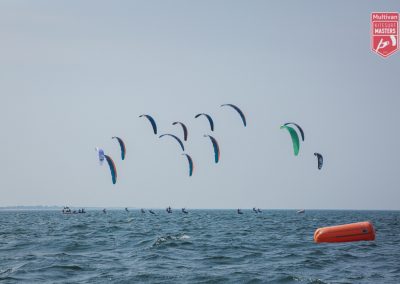 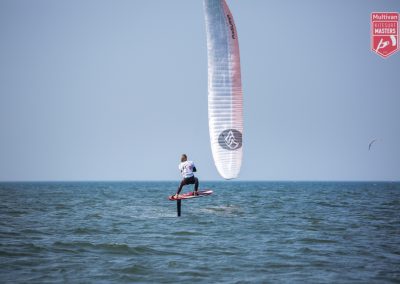 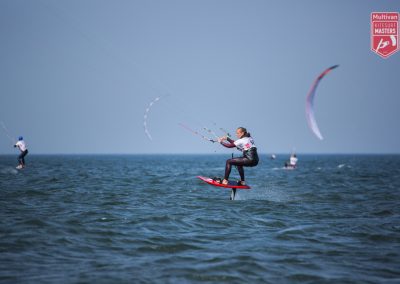 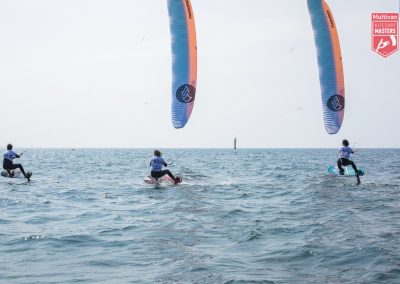 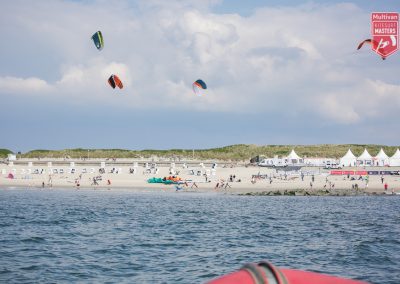 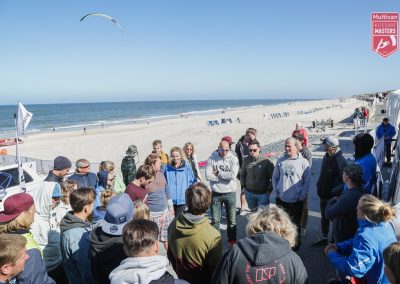 As grand finale, Sunday afternoon the Slalom discipline could be started, with which kitesurfing will be represented at the Youth Olympic Games 2018 in Buenos Aires, Argentina. In the men’s race Florian Gruber (FLYSURFER) won in a world-class final ahead of Elias Ouahmid and Darian Rubbel (FLYSURFER).

In the women¹s field our FLYSURFER athletes filled the entire podium and in the end Maya Kowa prevailed, in second place Leonie Meyer followed by Luisa Bodem. We are particularly proud of the victory of the only 15-year-old Maya, who was already able to compete in China with the world¹s best in the Slalom discipline during the YOG qualifier event and impressively demonstrated her class on the German tour.

Bright sunshine and wind attracted more than 60.000 visitors to the Brandenburg Beach in Westerland during the four days of the event. Thus, after the first tour stop of the Multivan Kitesurf Masters an exciting record can be drawn.

“Sylt has once again shown its best side. We have never had so many spectators. This is really a prelude what we can expect for the Multivan Kitesurf Masters in 2018”, says organizer Matthias Regber from Choppy Water GmbH.

Our athletes continue to travel to the second stop of the official German Kitesurfing tour. This weekend the best freestylers can be seen on the German island of Norderney. 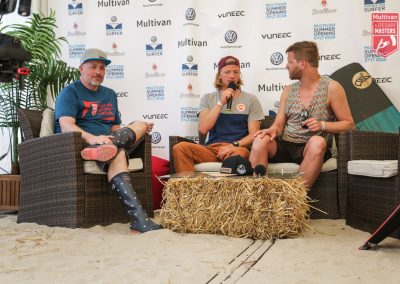 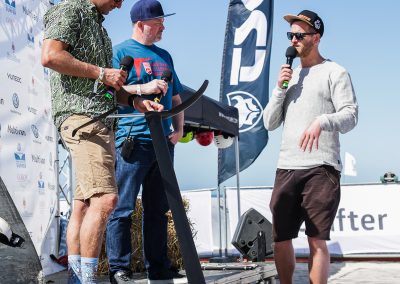 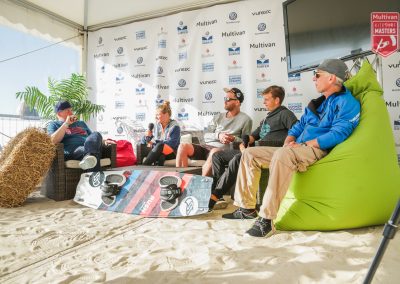 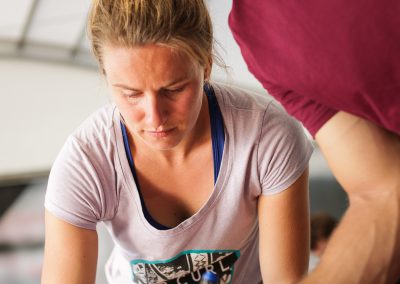 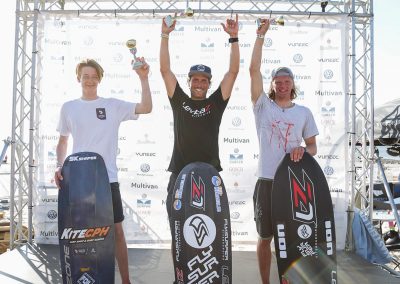 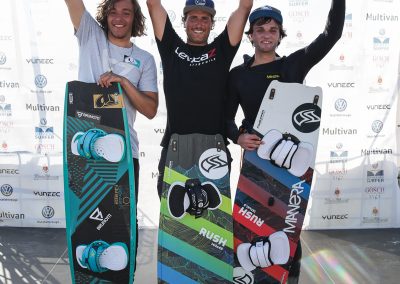 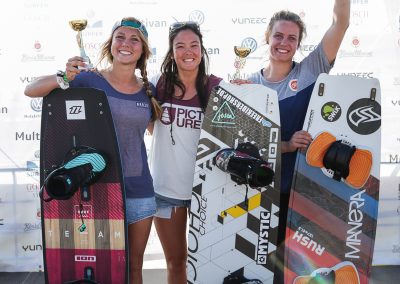 More information on the Kitesurf Masters events can be found here:
https://www.facebook.com/kitesurfmasters/
https://www.kitesurf-masters.de/