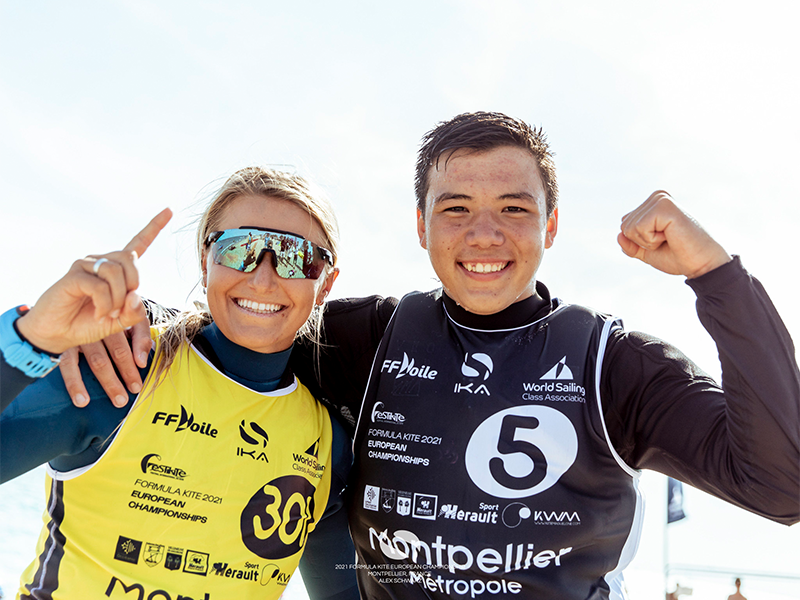 The IKA Formula Kite Europeans were the biggest event of the year so far, attracting 91 men and 40 women from 29 countries and five continents.

Our athletes Daniela Moroz (USA) and Maximilian Maeder (SGP) edging out their European rivals at their home turf in France.

A true masterclass by Daniela and a breathtaking performance by Max on his fifteenth birthday will go down in the history books of kite racing as a nail biter. In dramatic fashion and with a nearly flawless racing day reigning U19 World champion Maeder stunned the spectators with three wins in the Medal Series. 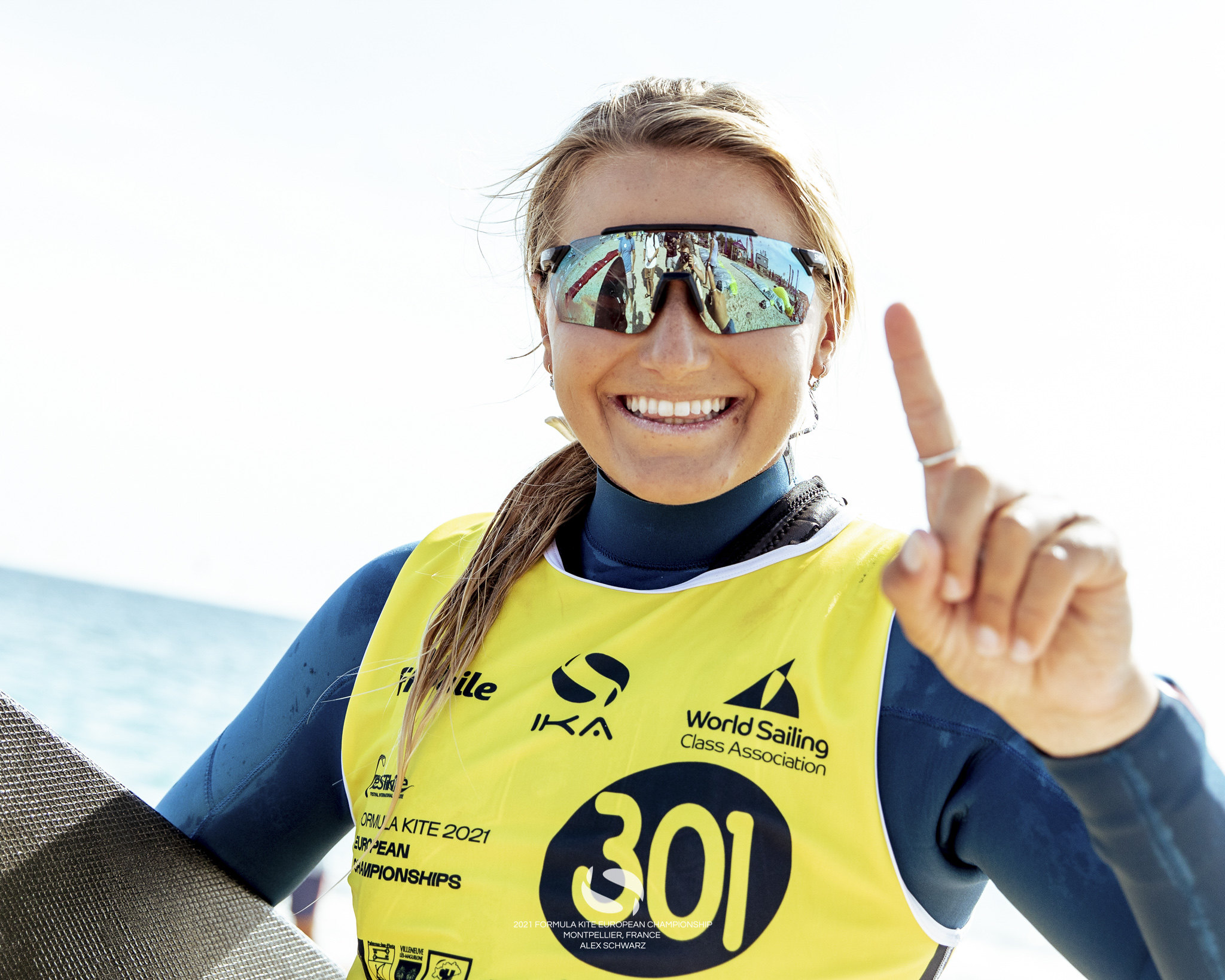 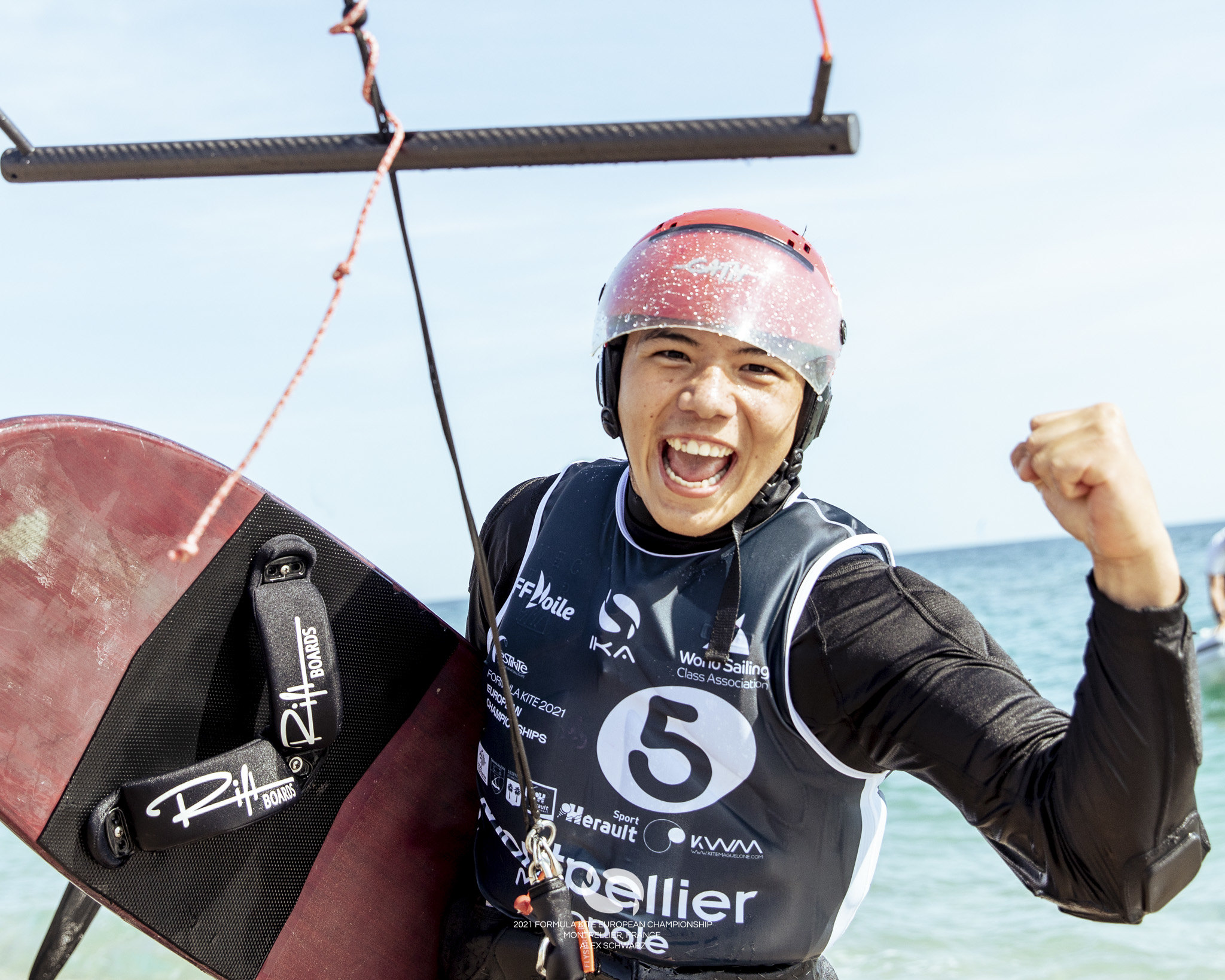 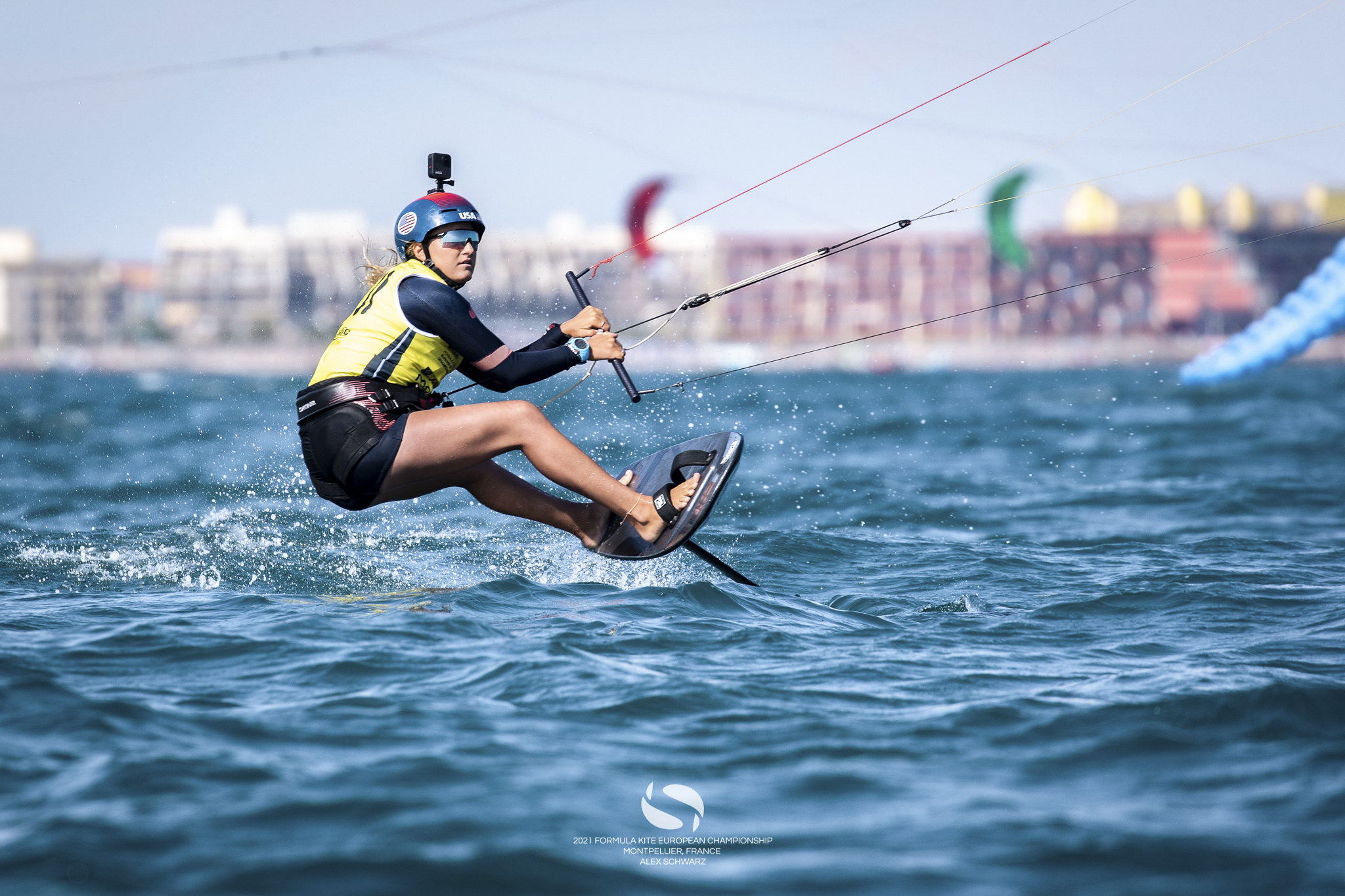 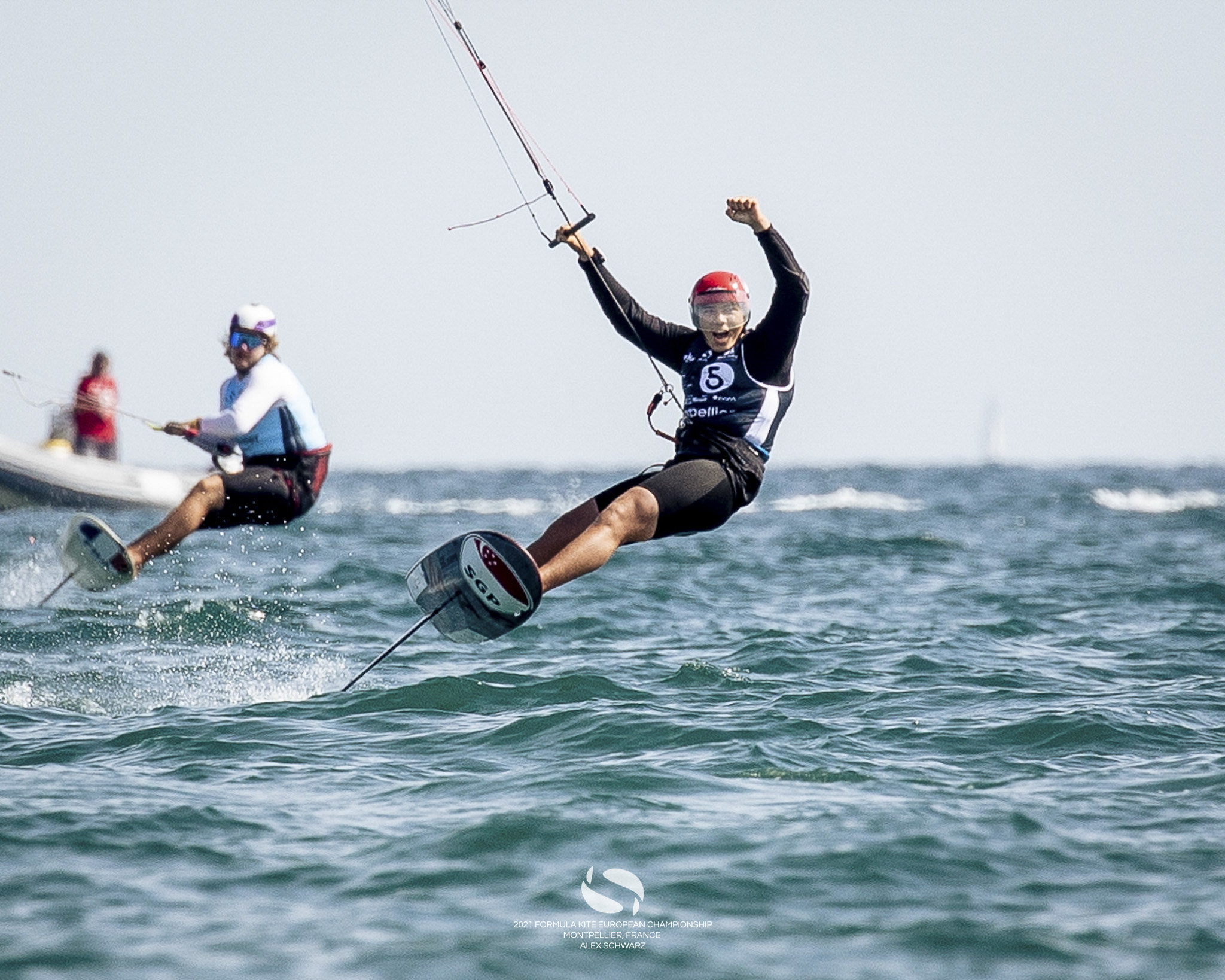 In race one, Max got a clean good start flying windward with more speed than his opponents. He then passed Benoit Gomez (FRA) at the top mark with a speed advantage to score his first win.

In race two, Axel Mazella (FRA) was pointing higher after the start, controlling Maximilian as good as possible. But an early windward tack gave the momentum back to Max. He used the slingshot effect around the upwind mark heading with superior speed to the bottom mark. Claiming win number two of Medal Series with a strong gesture!

In the 3rd race and final race, Maximilian started very low close to the boat. He went for his only option by overlaying the line. Very similar to the previous races Max rounded the top mark on the inside and accelerated away from his first follower Maxime Nocher (FRA). At this point, Axel and Benoit had no chance anymore. Nocher pushed Maeder around the course only waiting for a minor mistake by the young Singaporean. Max was flying over the finishing line to win the competition on his birthday!

On the beach, we saw a very delighted, yet almost speechless Maeder! 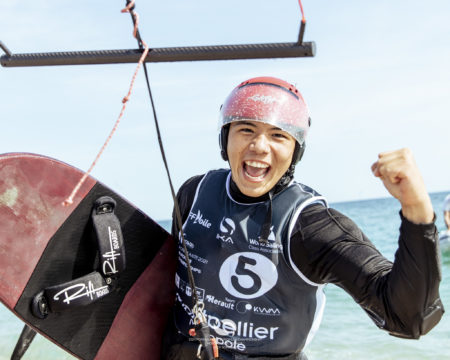 “I don’t really know how to describe this feeling,” said Max, shaking with adrenaline just as he came ashore.

I never believed it could be like this. It is one of the greatest feelings of my life. It’s right up there.”

“I have what I wanted: my third title in a row. In the medal races, I was scared of the other two French riders, but Max Maeder came from nowhere. He really deserves the title because he took three bullets in succession. He was fully focused and attacked every time he could, taking every opportunity.” 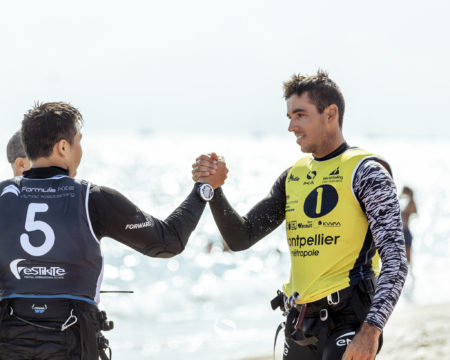 Reigning IKA Formula Kite world champion Daniela Moroz showed once more pure domination until the Medal Series. A poor start in race one opened up the opportunity for her French rivals. After making up some ground from 4th position on the short-track, she ends up 2nd with Poema Newland winning race one. In the final race, Daniela was on point and sailed to victory with ease, crossing the finish line with a huge smile on her face. 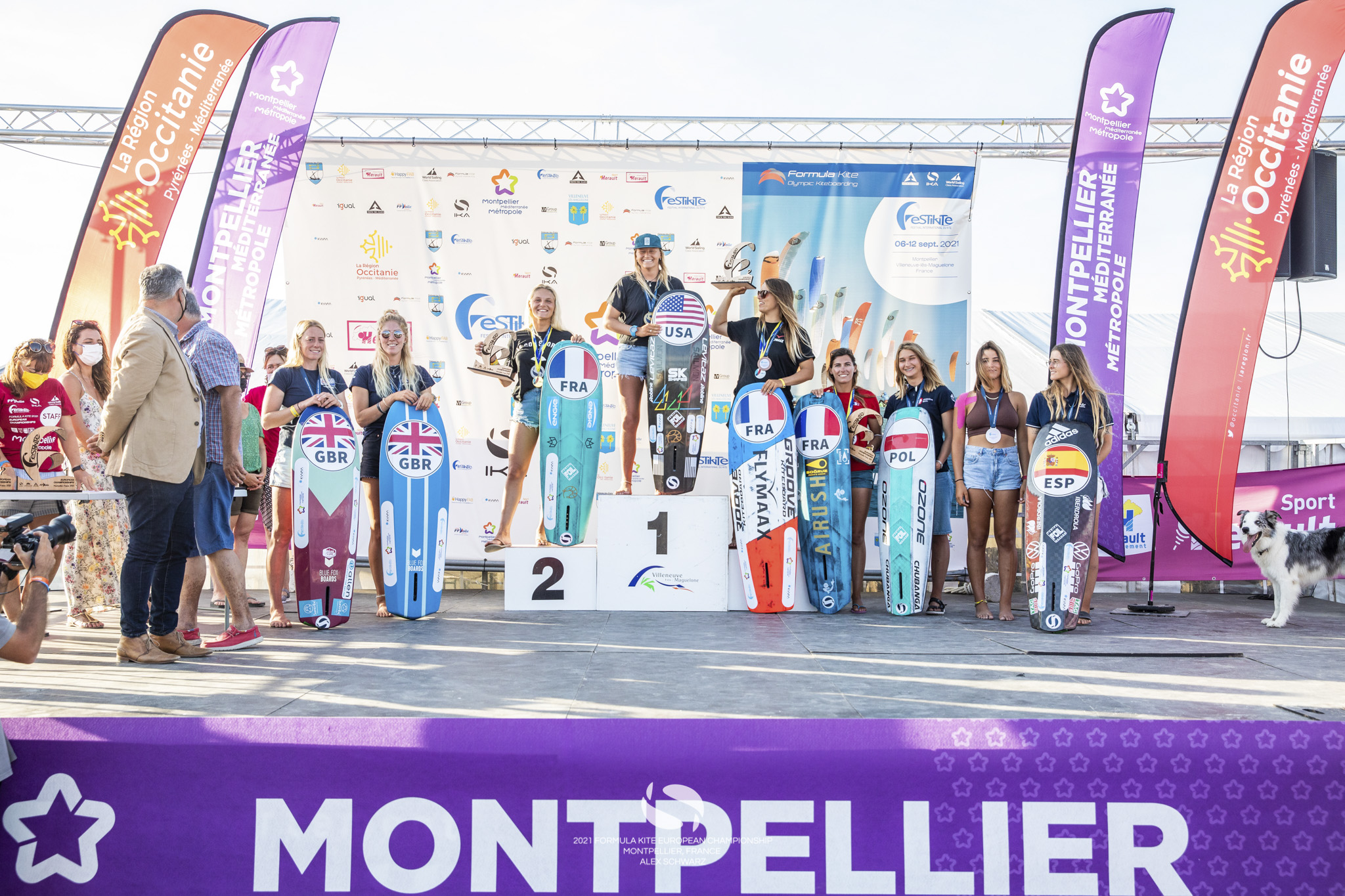 “I feel really good,” said Moroz. “I think it’s really great that two non-Europeans have come here and won. We’ve given them a real run for their money, especially the French who have such a strong programme.” 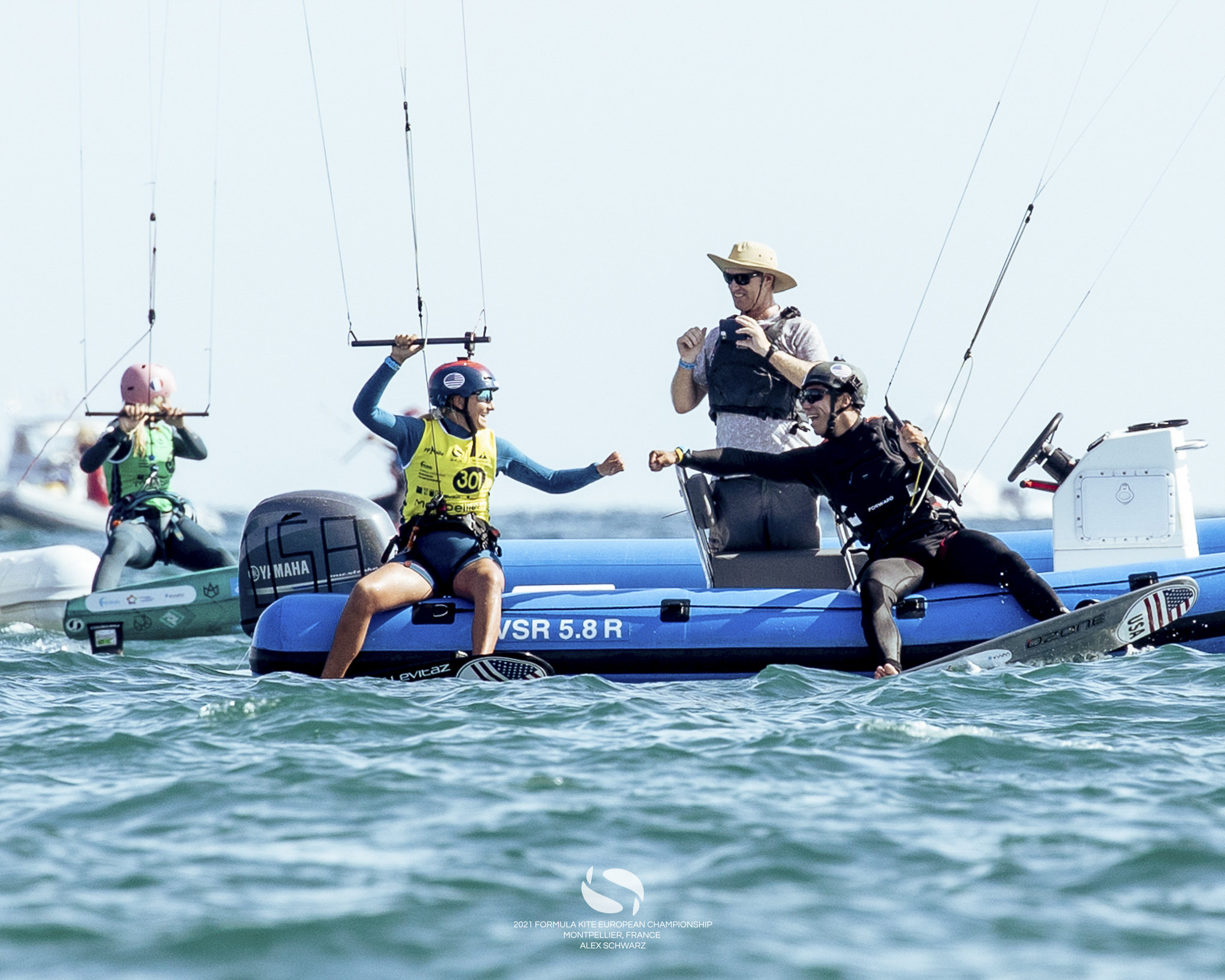 Poema Newland (FRA) performance in coming second to Moroz was enough to earn her the European title.

“I really can’t quite believe it,” said Newland. “The day before I was mad with myself because of the mistakes I made. So, I was stressed going into the finals. But I felt I had nothing to lose and it worked for me.” 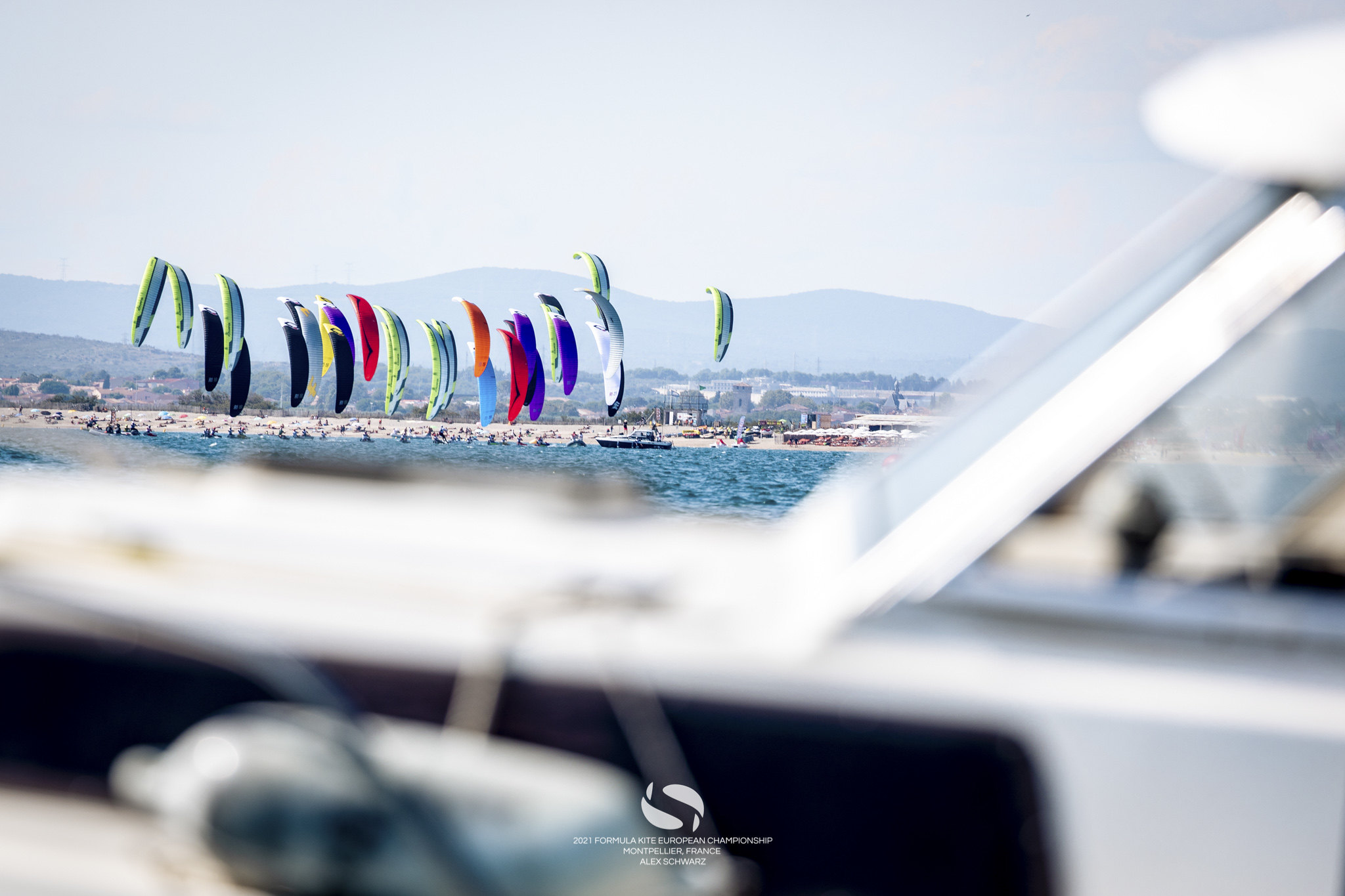 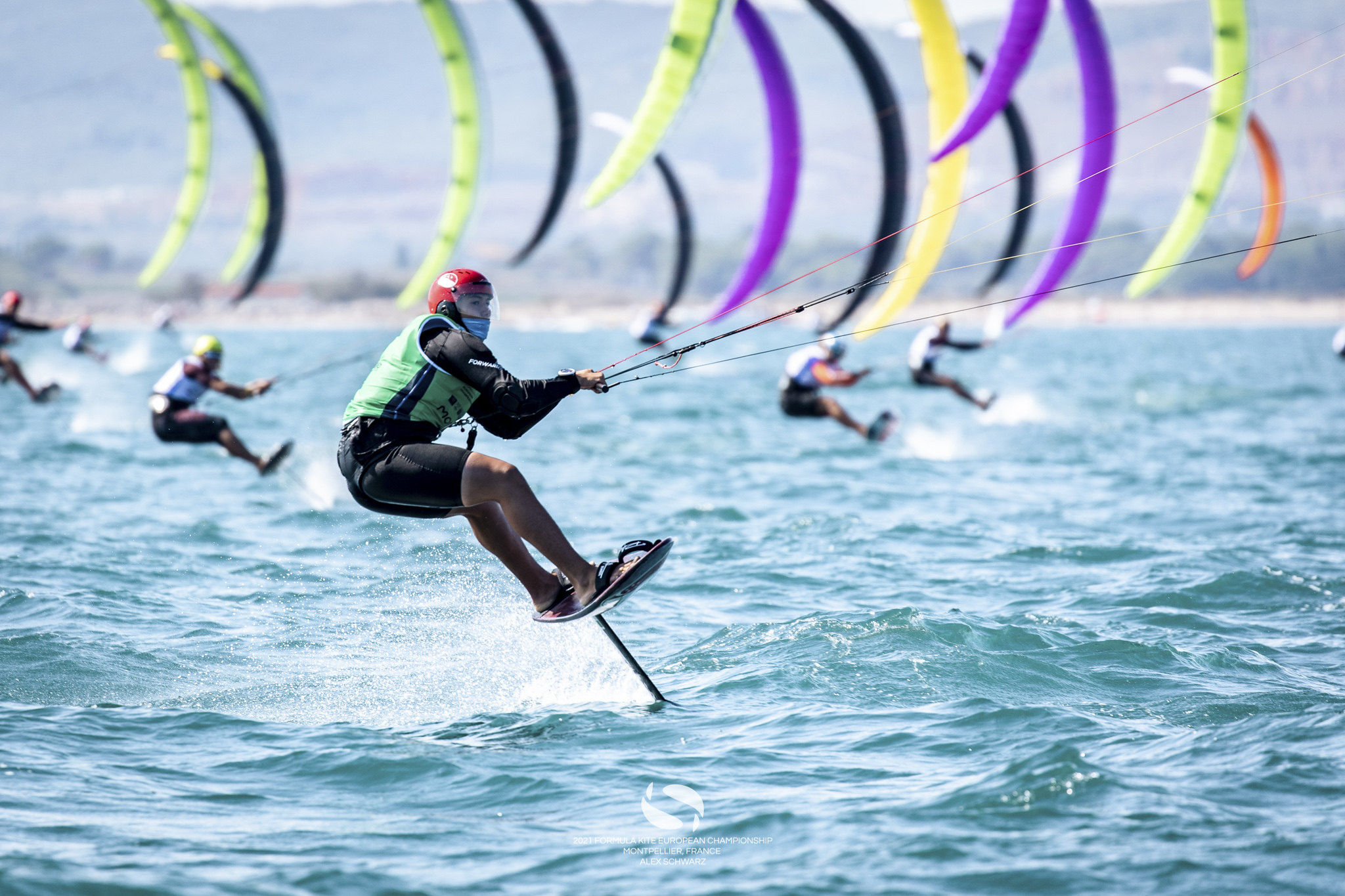 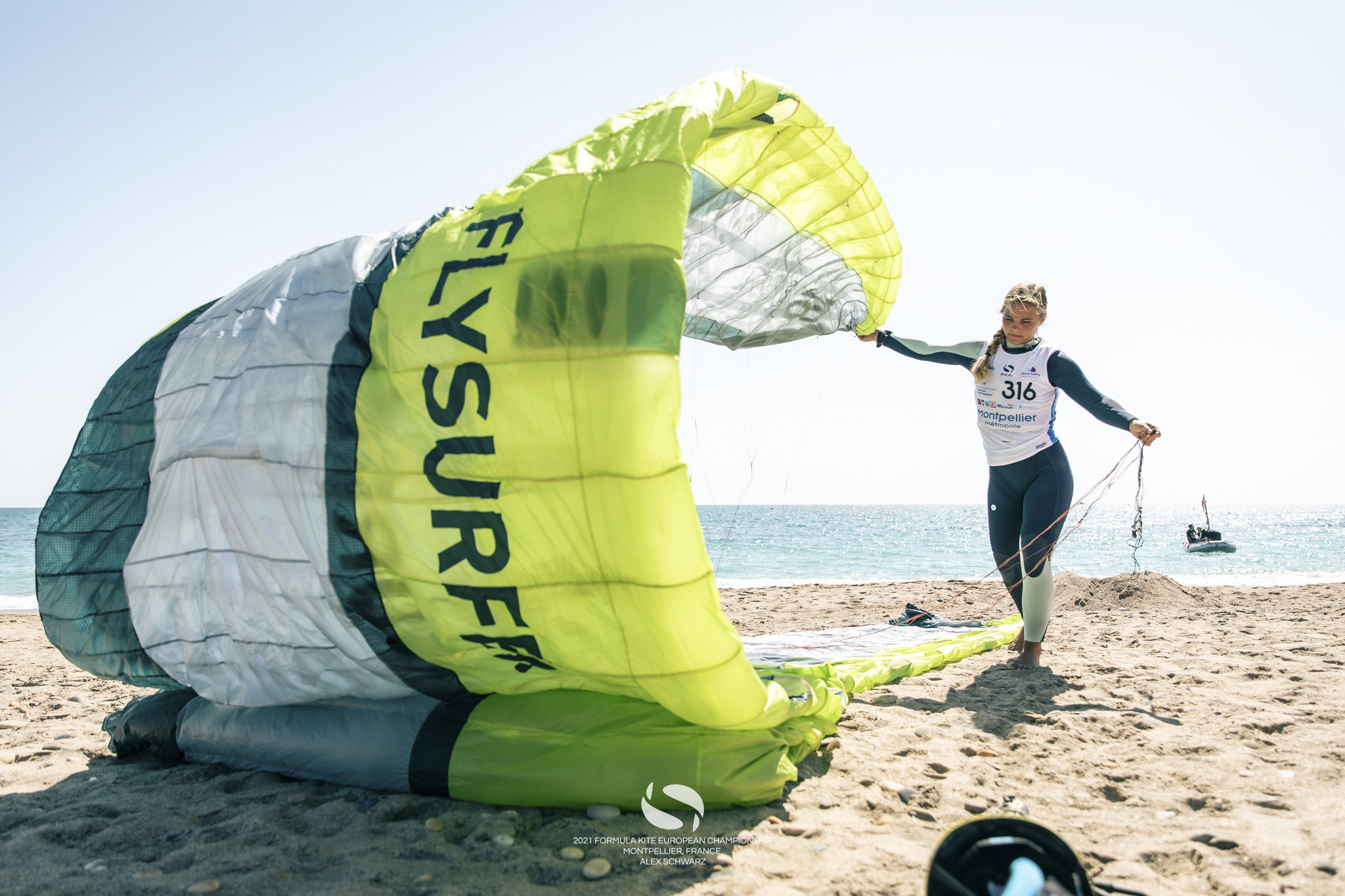 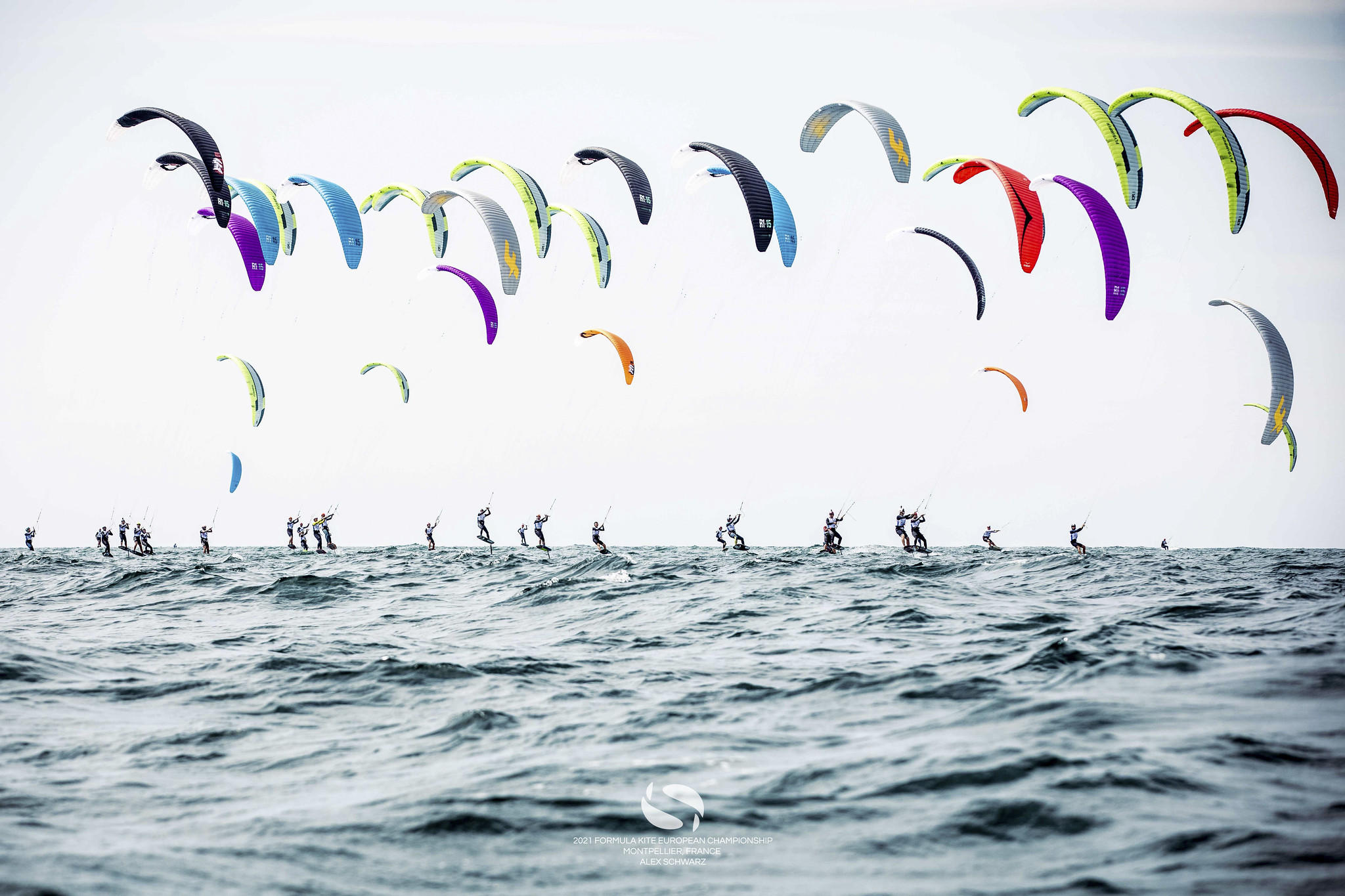 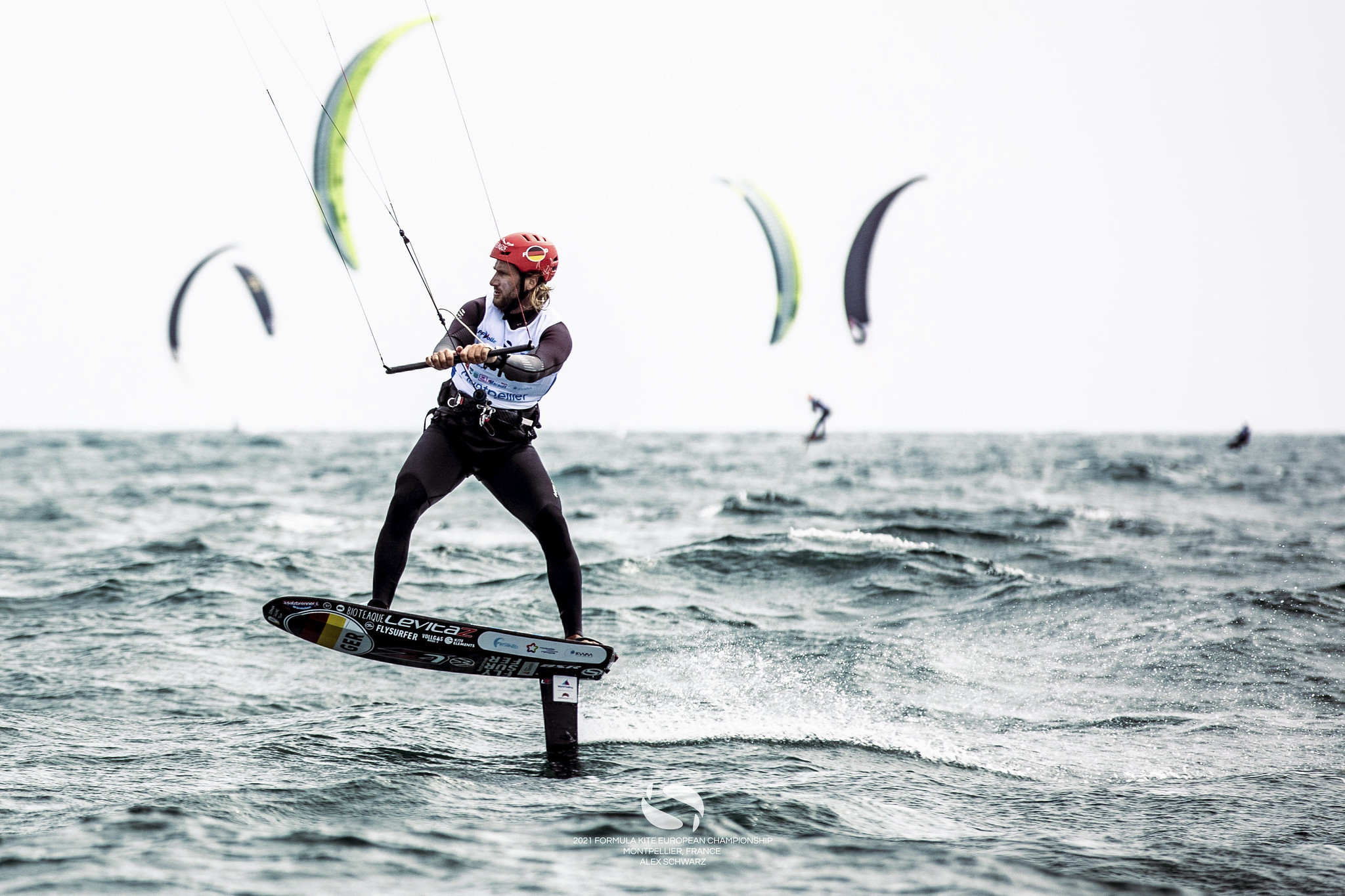 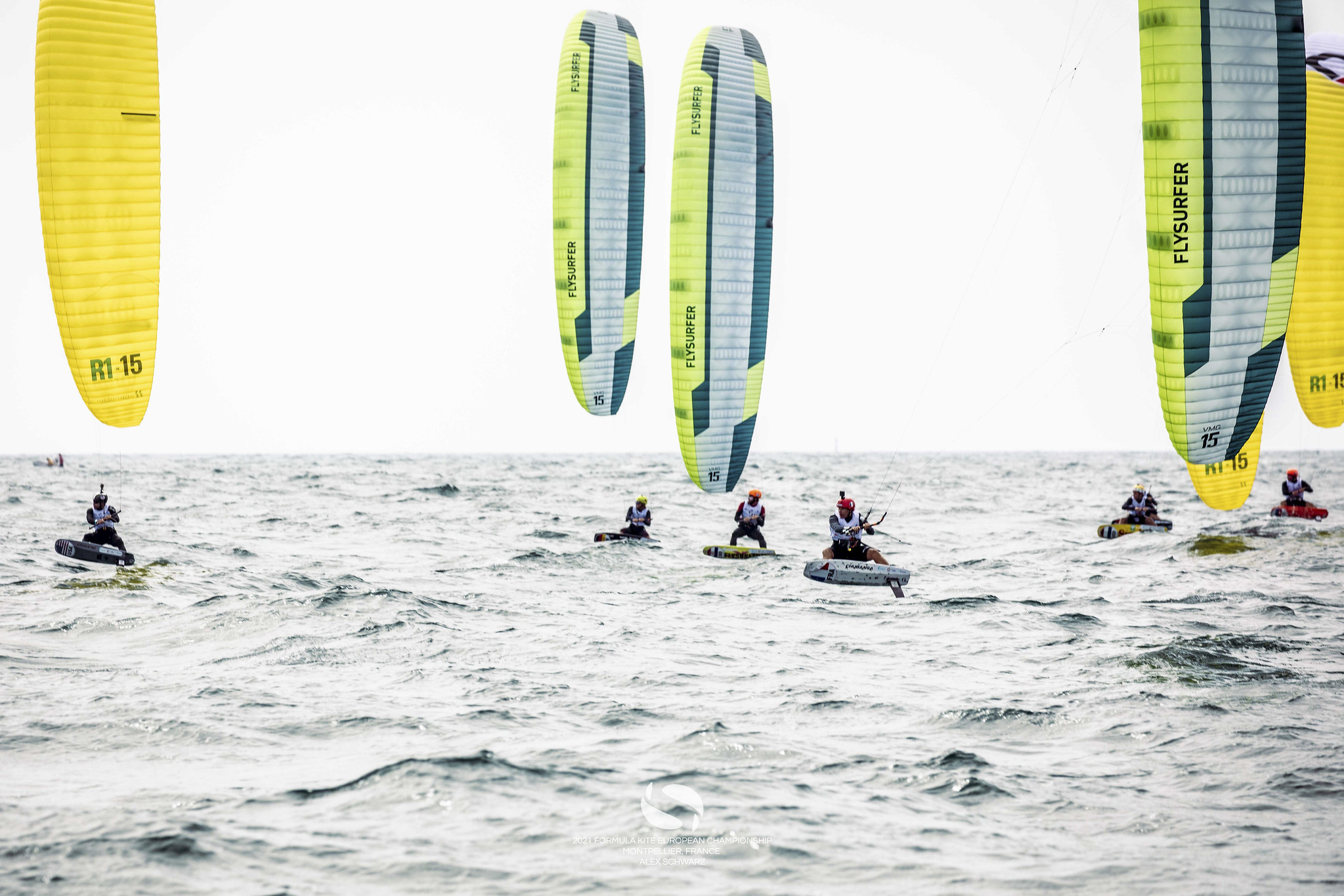 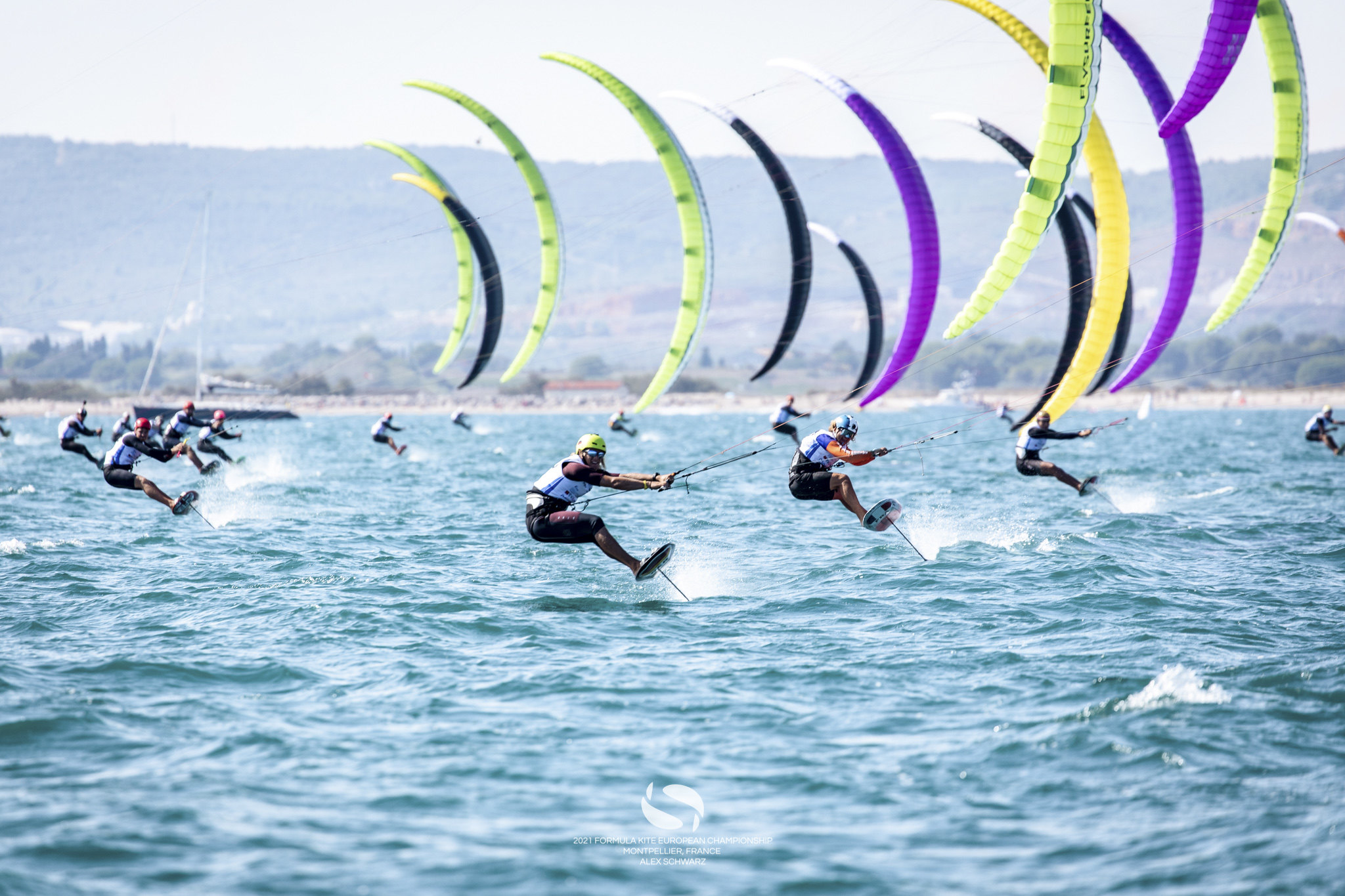 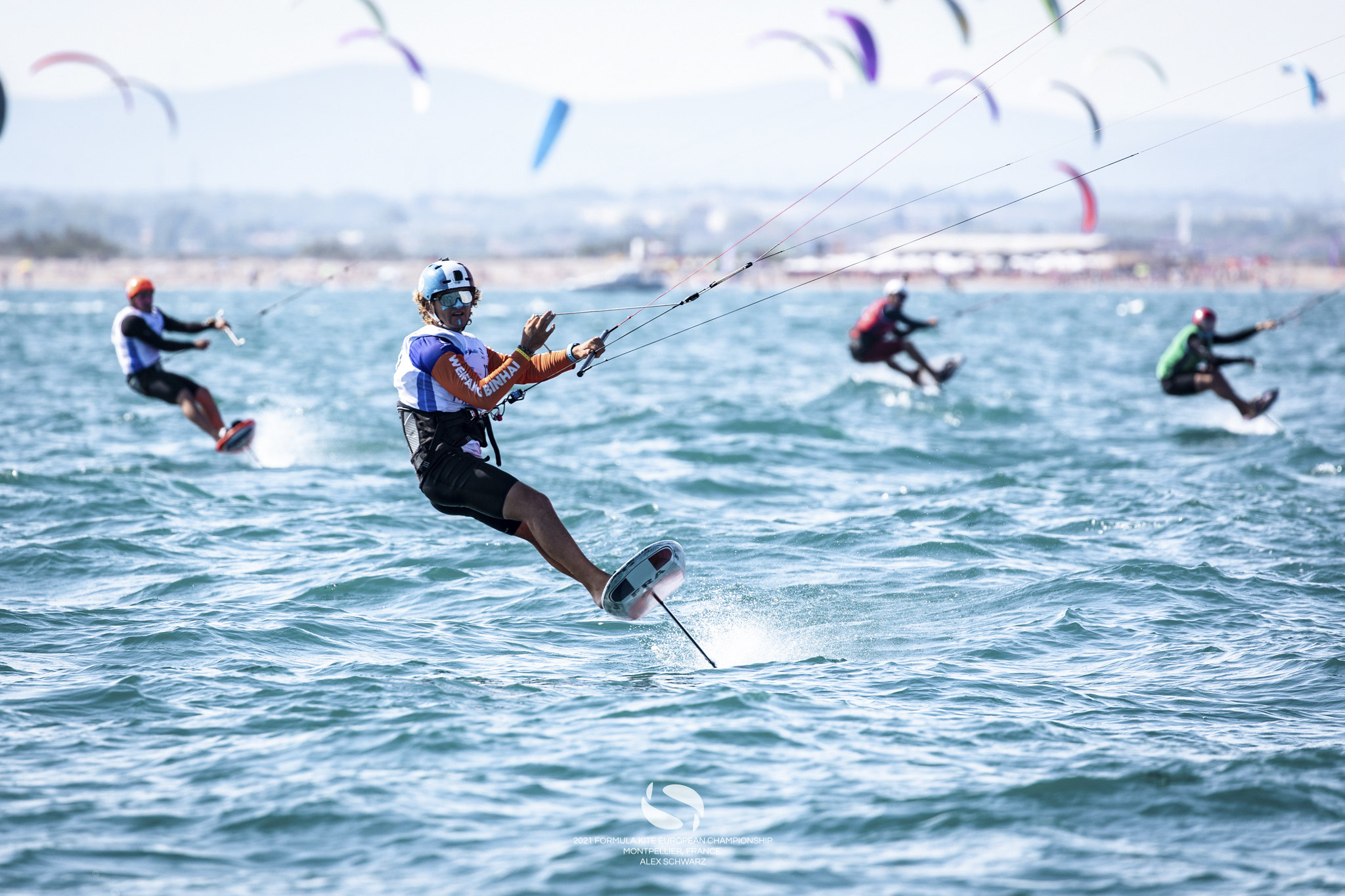 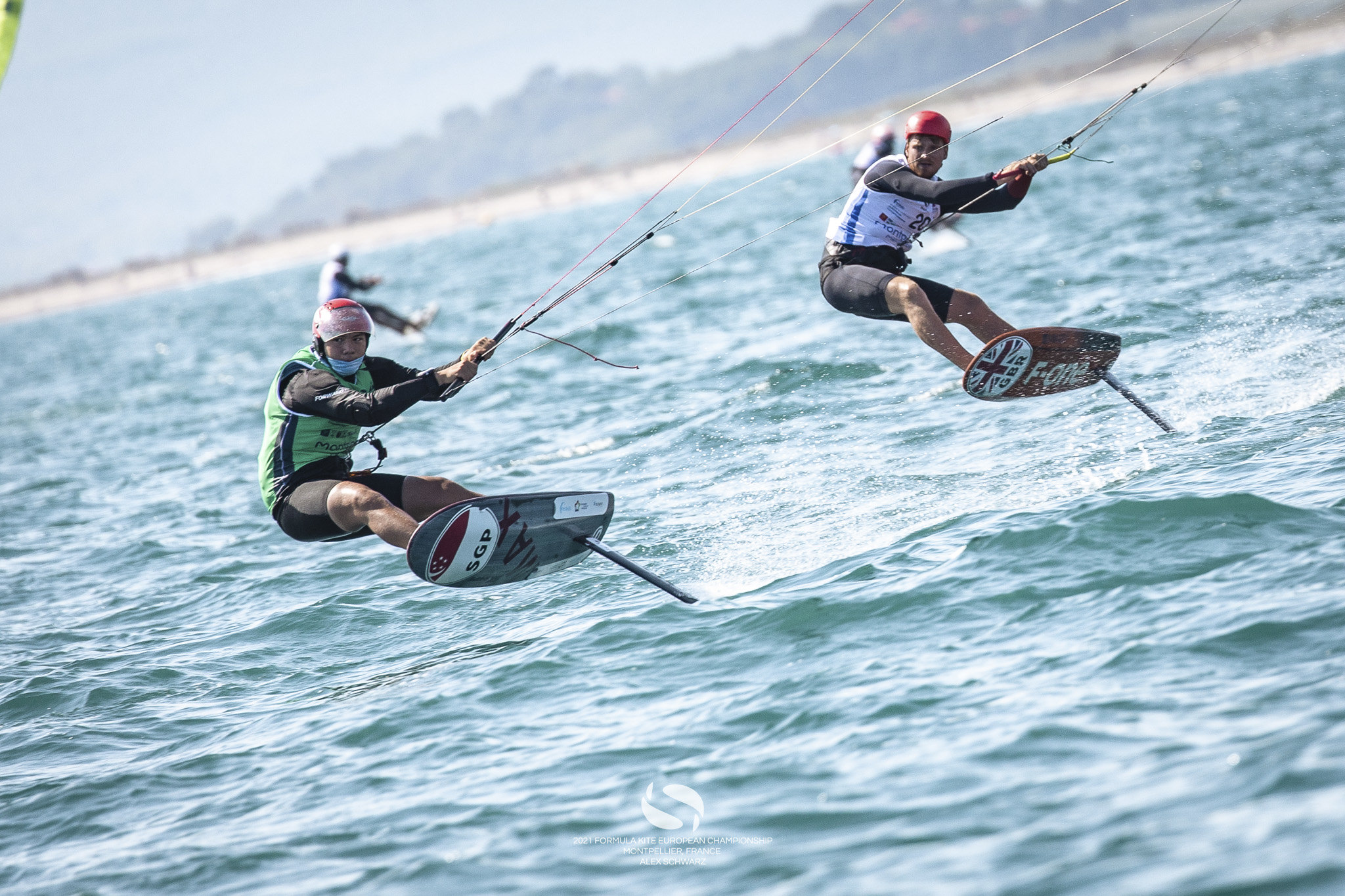 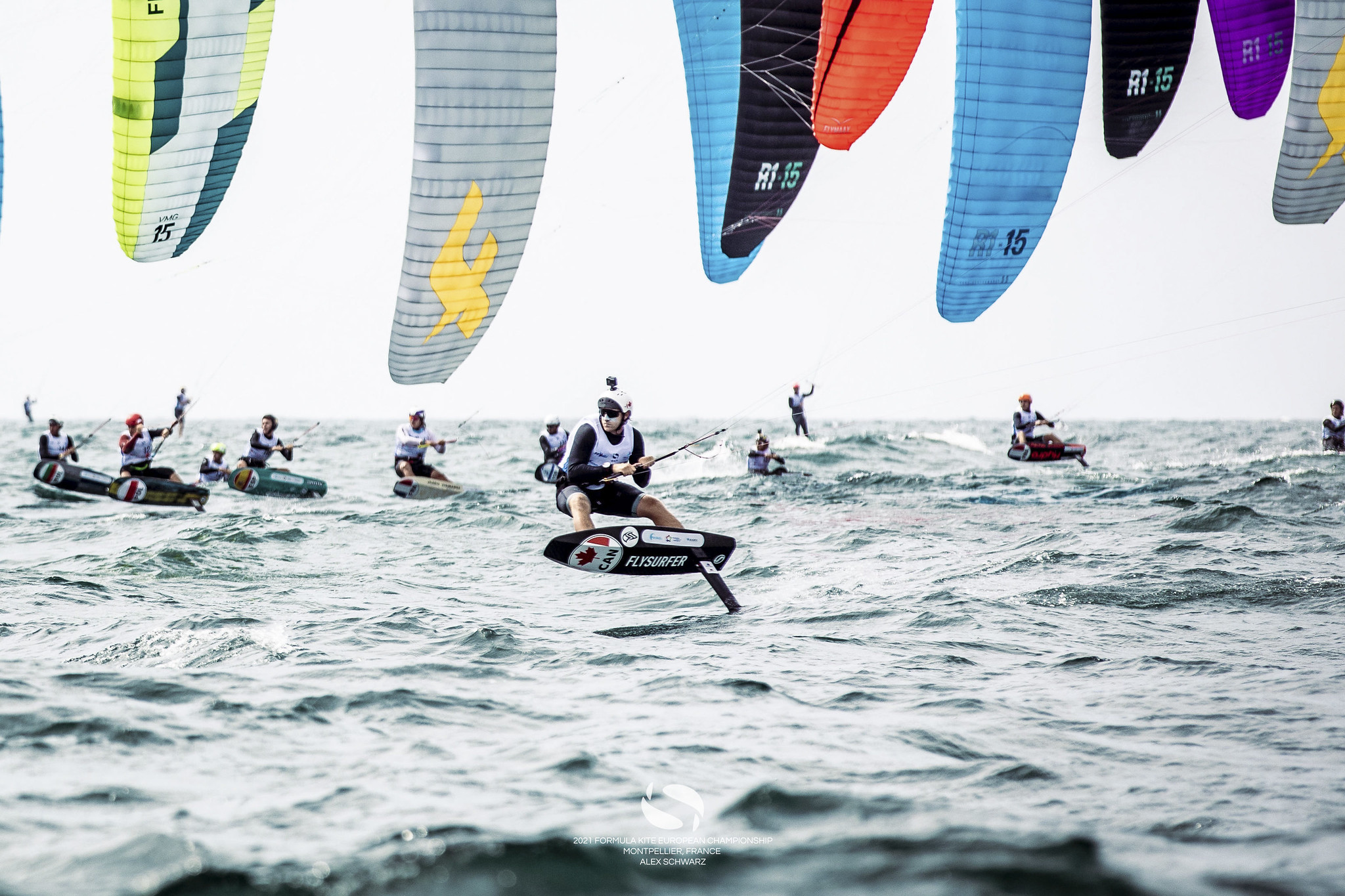 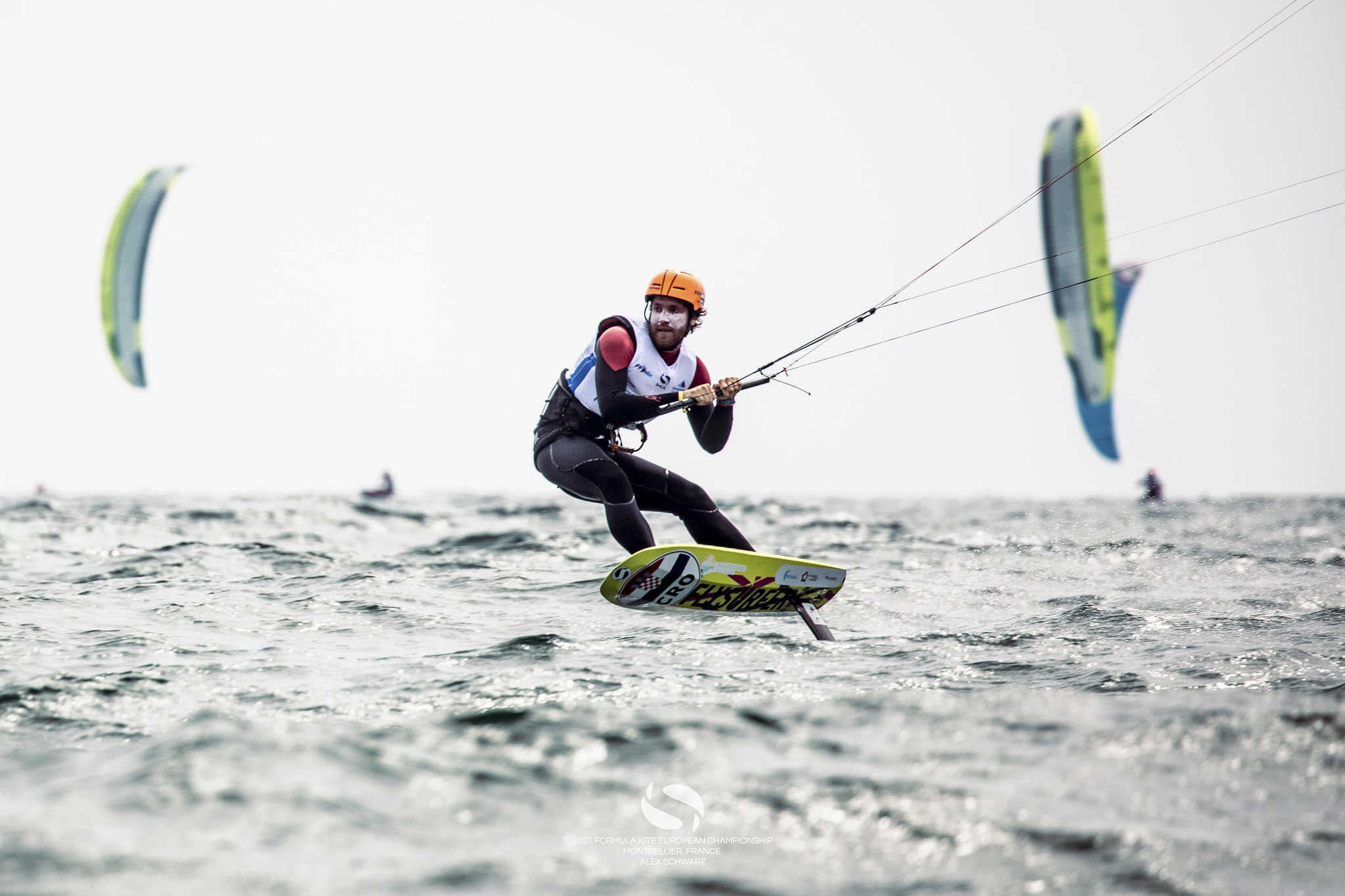 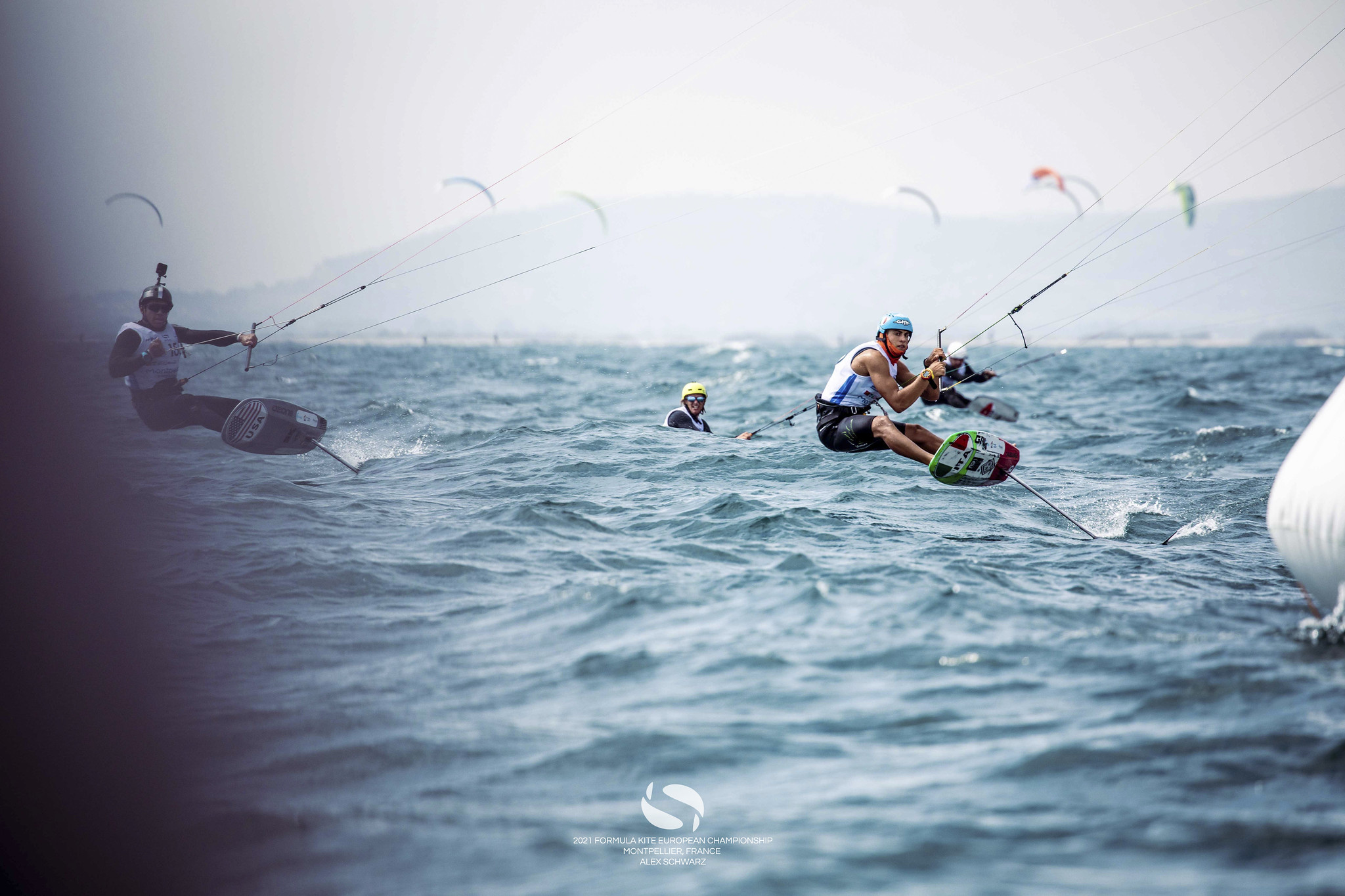 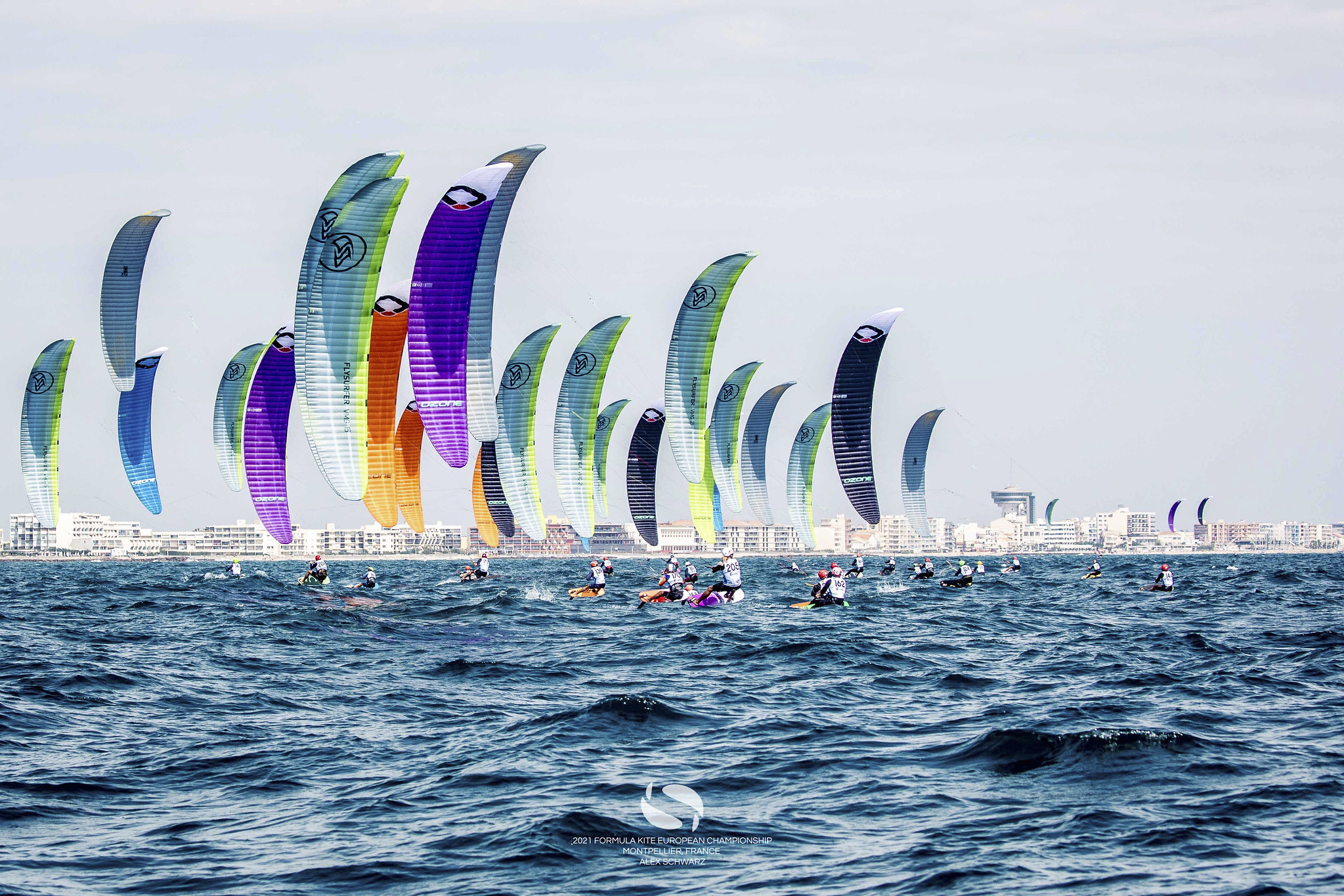 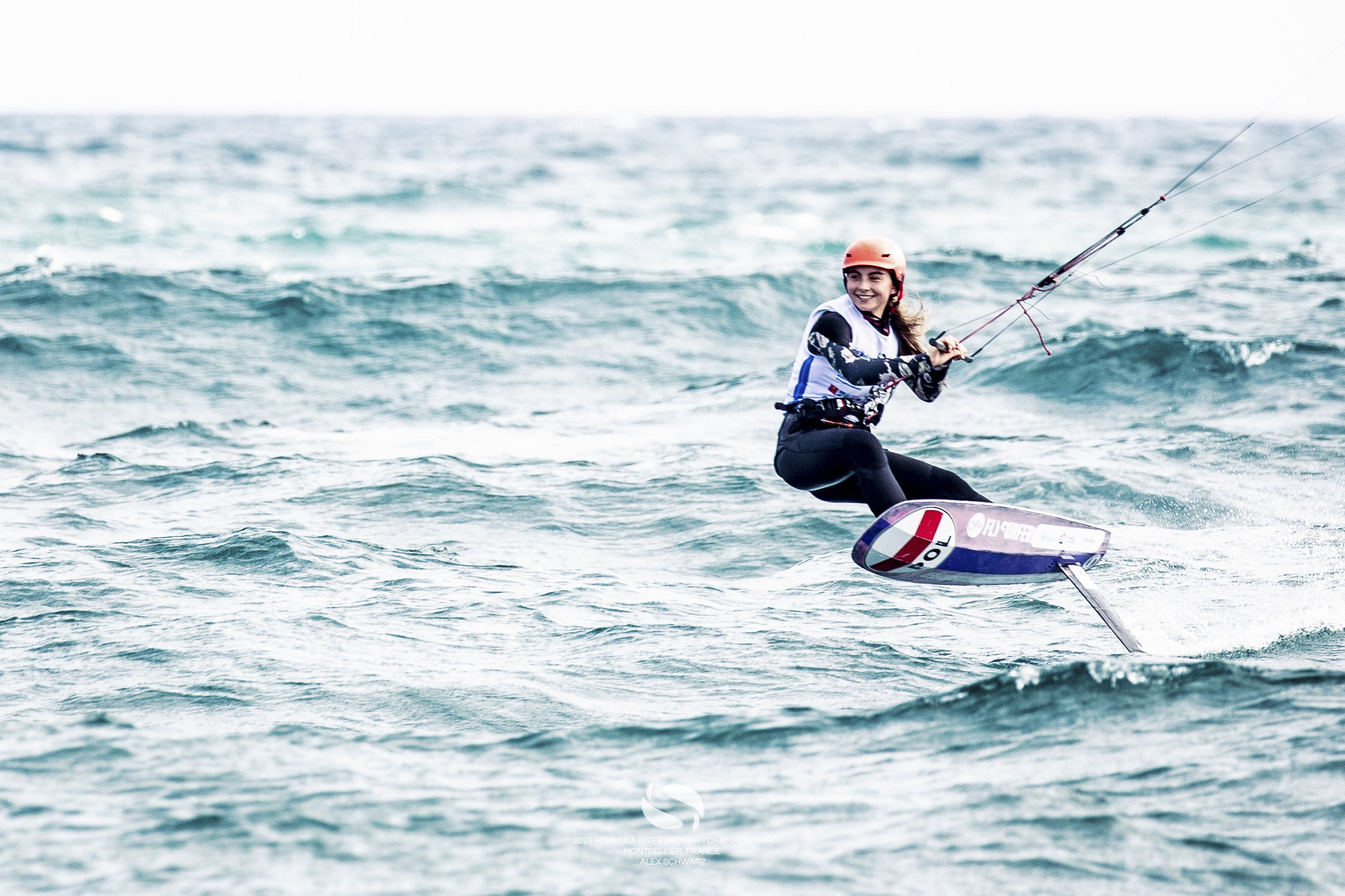 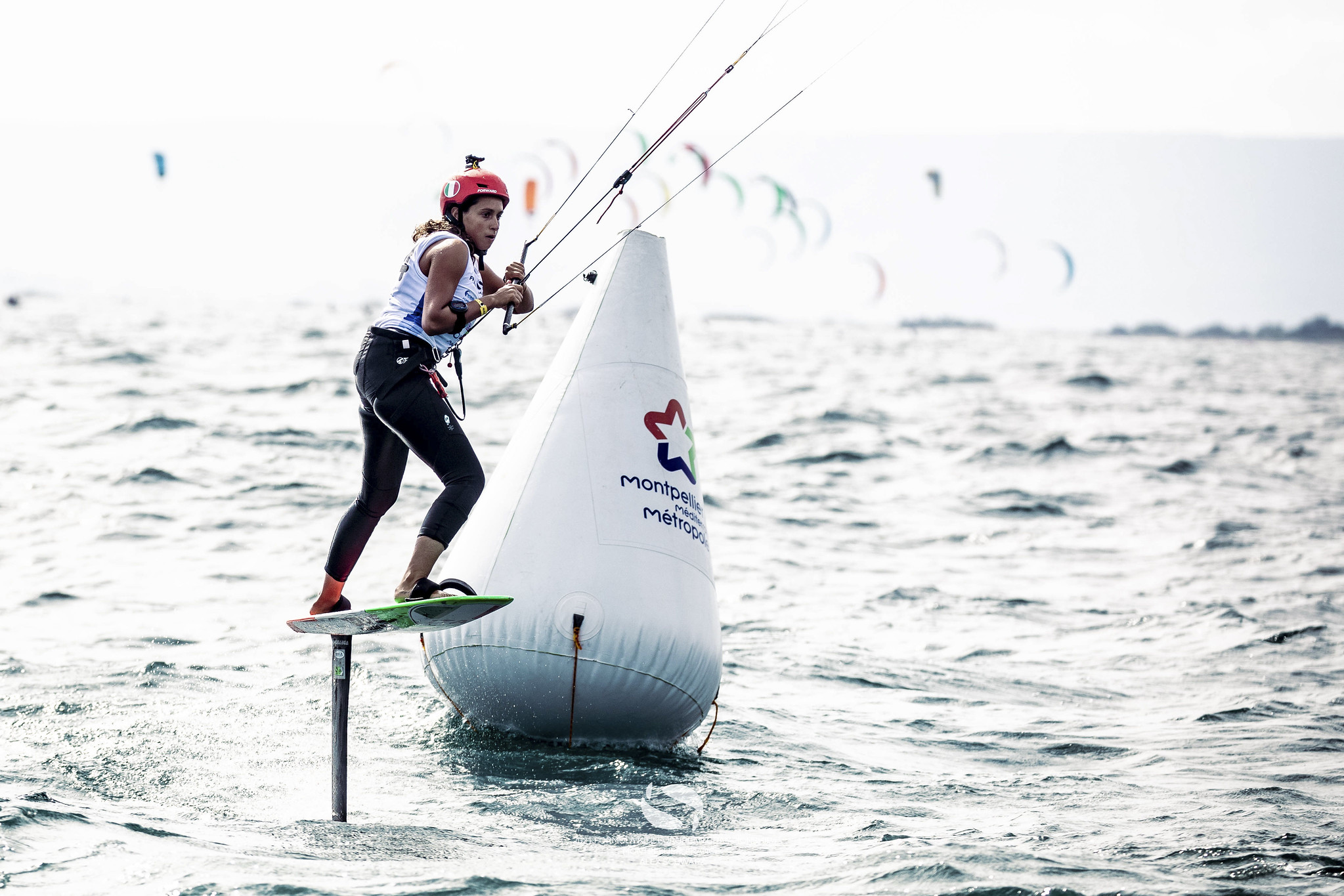 Before we start analyzing the competition, let me explain the format.

The regatta ran two days of course racing with a target time of 12 minutes. The top 20 women and top 30 men qualify for the gold fleets. The respective top two riders of their gold fleet, go directly to the Medal Series. Athletes from overall positions 3-14 qualify for the semifinals.

In the semifinal, the athletes are seeded into two groups. In both groups, six riders battle head-to-head on a short track. Only the winners after two races from each semifinal join the Medal Series. The final will continue until one rider collects three wins.

The format gives weight to the performances of the leaders but allows any of the racers down the order who qualify for the semi-finals to still win outright.

The competition was held close to Montpellier in front of Villeneuve Lès-Maguelone beach. The area is known for reliable wind conditions but this time it was simply unpredictable. Therefore, some athletes took a gamble and registered equipment out of their comfort zone. 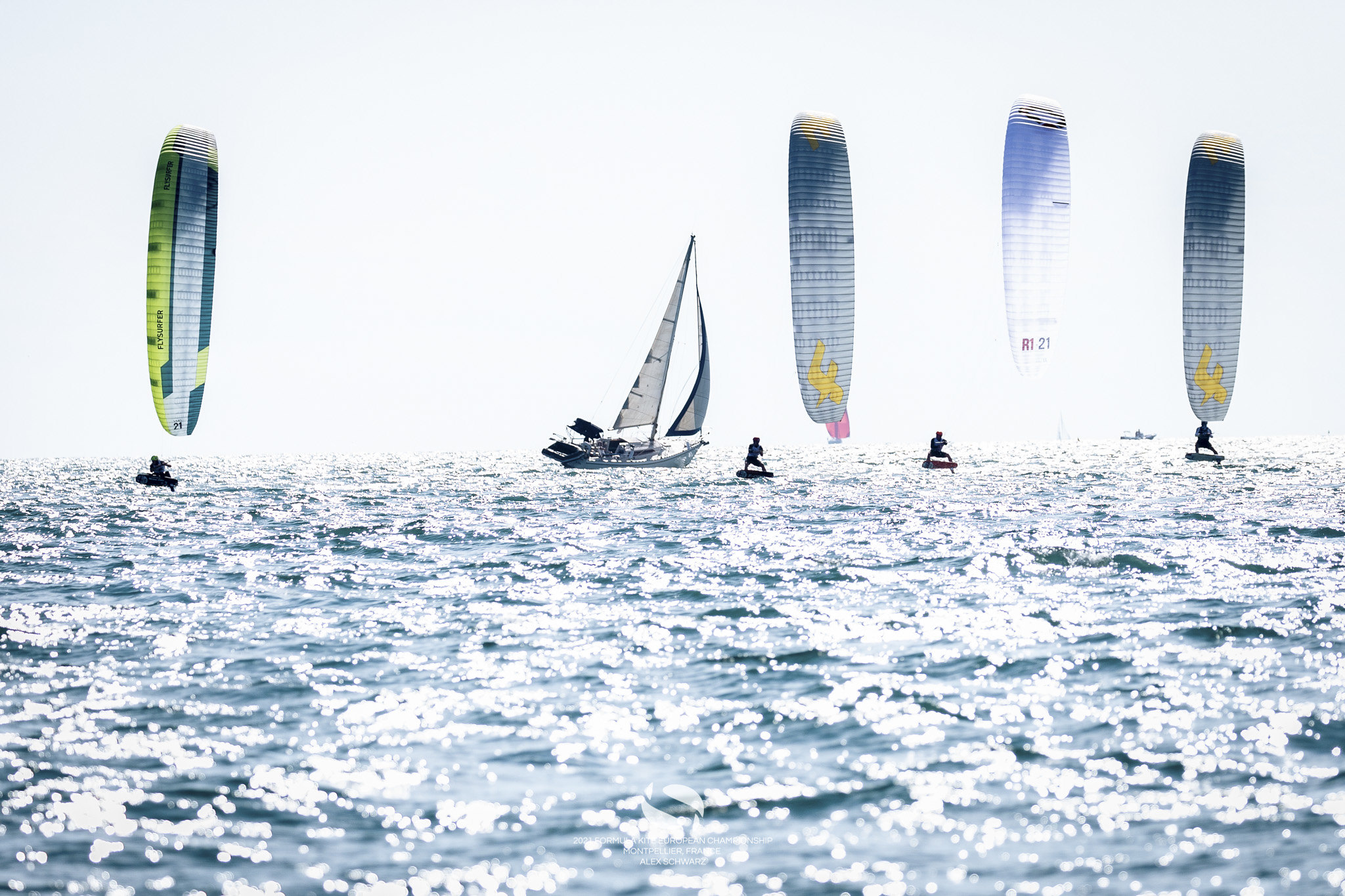 In theory, due to its great range, the VMG 21 is superior to the VMG 23 on most racecourses. Managing the step from a 23 down to a 15 square meter kite requires a very skilled rider. It is hard work to make the most out of this combination. Generally speaking, our kite covers the widest wind range but is more technical to ride when underpowered. It excels in gusty wind conditions and has the best upwind performance. On short-track, the VMG 21 should have an upper hand due to its manoeuvrability. Go and watch Guy Bridge (GBR) beating Maeder with his VMG 21 in the second run of the semifinal.

Guy Bridge was using the same tactics as Max Maeder. Both going for less angle but more speed, avoiding turbulences while using the slingshot effect around the top mark. Max executed this tactic flawlessly in the light breeze of 8-10 knots in the Medal Series.

The winning signature move of a future champion or a tactic to be copied by many?
#VMG #velocitymadegood
#bornontheracecourse 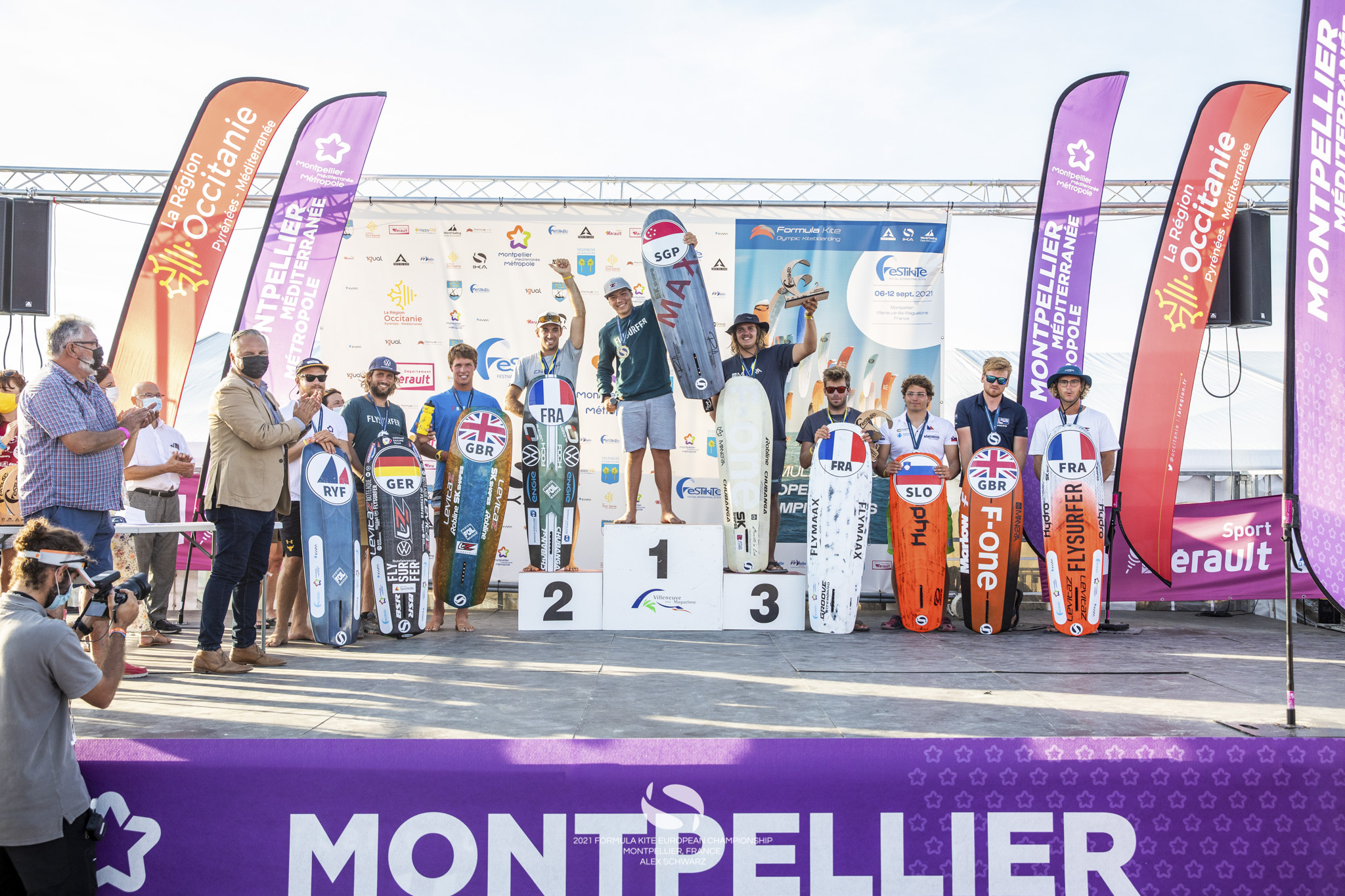