Flysurfer Psycho – the synonym for freestyle, performance and a wealth of technology. The Psycho4 raises the bar.. Again. The goal of the Psycho4 development was to combine turning radius, depower, handling and pop into a freestyle machine. 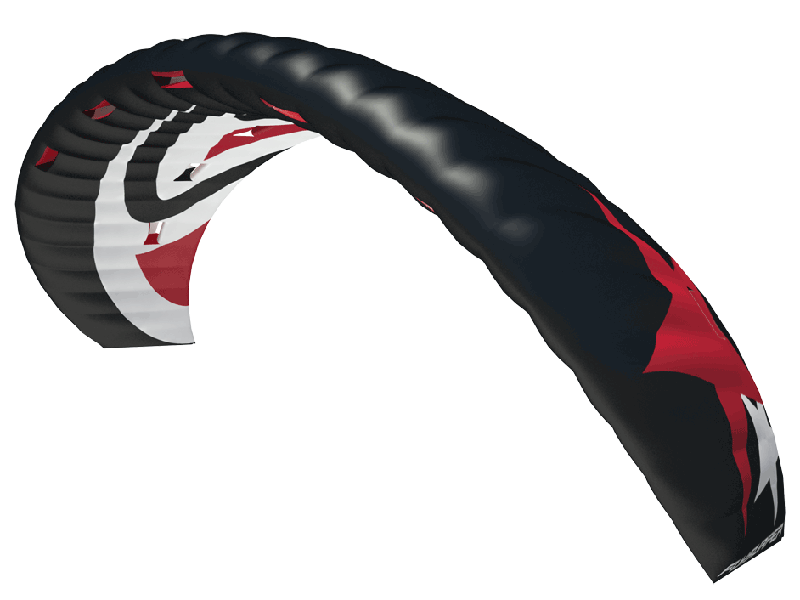 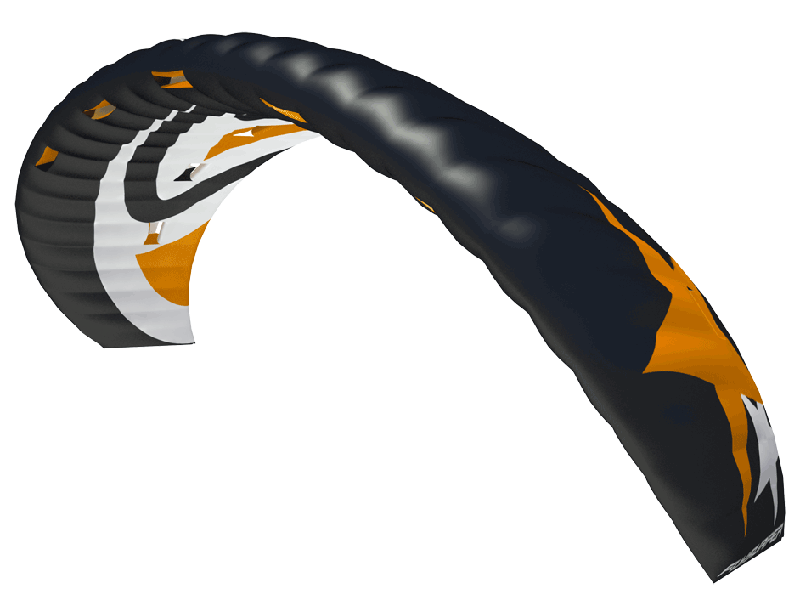 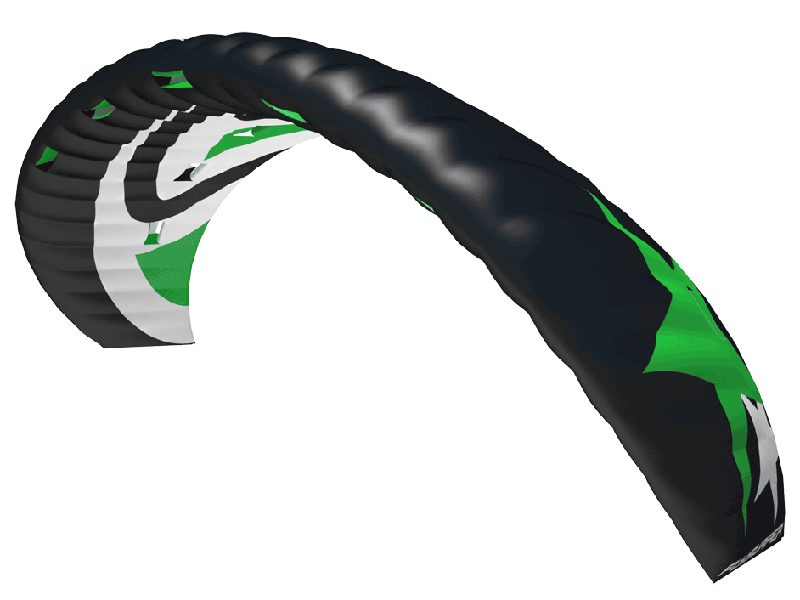 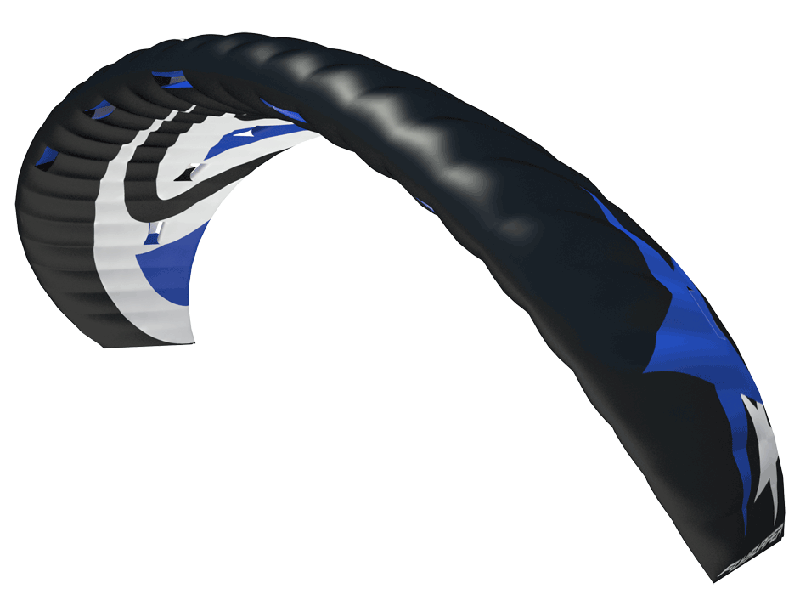 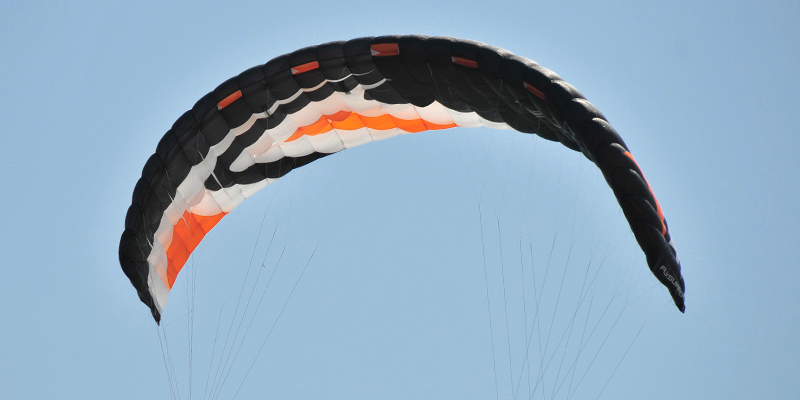 The Psycho4 gets its wind range from the new “Triple Depower System”. For the first time, a kite doesn’t solely use changes in the angle of attack and profile indentation for depower, it also reduces the projected area at the same time. How does this work? As soon as you push the bar away, the Psycho4 profile changes into on a pronounced C-form. The projected area decreases, the wingspan gets smaller. And handling? It remains incredibly constant. Thanks to the Triple Depower System, the kite remains completely steerable and direct, despite the bar being pushed away. 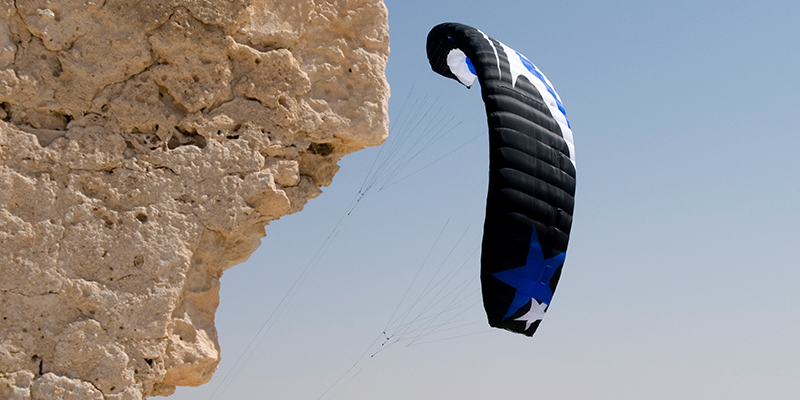 Power is nothing without control. For this reason, we have made certain that the Psycho4 practically never front-stalls. Additionally, it offers very precise and narrow turning performance, predestining the Psycho4 for radical free- and wakestyle. Kiteloops? Easy as pie, you set your own boundaries. The Psycho4 offers more than performance alone, it has huge reserves when it comes to stability and safety. In the case of an emergency, it comes standard with our Full Depower Safety, when activated, the Psycho4 flags out on the 5th line and folds back from the middle of the canopy. Then it flies pressure-less to the ground and can be restarted whenever you want. 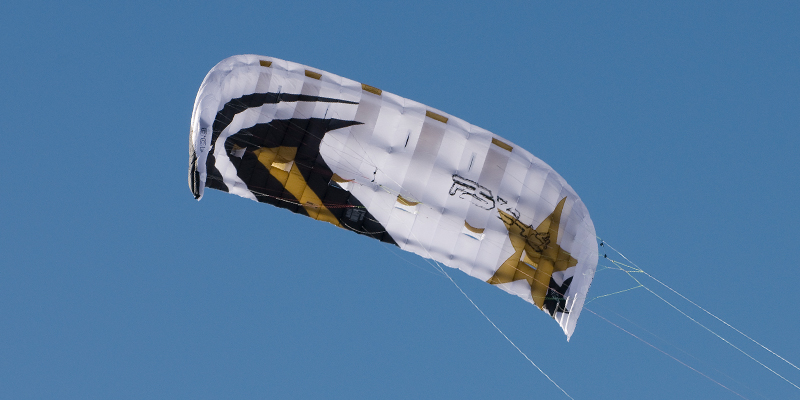 Whether on snow, water or land, the Psycho4 feels at home everywhere, just like all our other kites. In addition, you have the possibility of customize the bar pressure exactly according to your personal taste and with the Depower Performance Enhancer adjusting directness of depower was never easier. Immediate depower or more performance, the choice is yours. 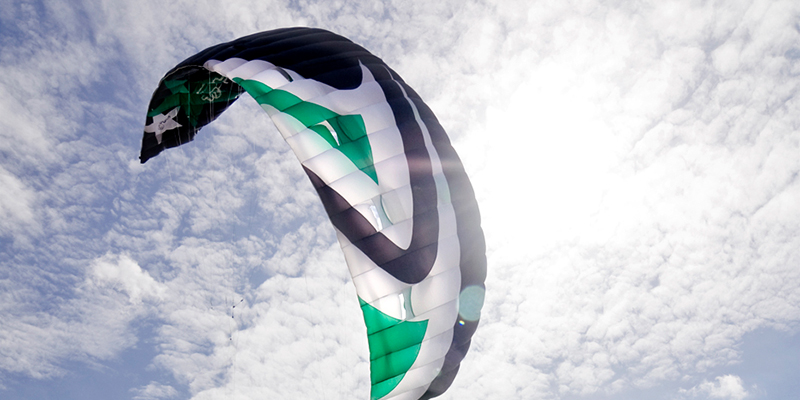 The patented Jet Flap is the adaptation of a split flap system at the trailing edge of the kite that all modern airplanes use for more lift at lower flying speed. It allows us to reduce backstall, increase stability and to achieve even more power-up effect when you pull the bar.

The PSYCHO4 follows ecxactly in the footprints of its predecessor and impresses as a radical freeestyle kite with high safety reserves, enormous depower and is the fastest and most responsive kite in the line-up. Lay it out, unroll the lines, launch … As soon as you have the Flysurfer Psycho4 in the air, it begs for action. High turning speed, awesome wind range and mega pop. Send you kite into the other half of the window and you will immediately notice the uncompromising lift. The enormously increased agility of the canopy, in combination with the direct feedback (also depowered) allow for constant control and make learning new tricks easier than ever. Equipped with the Triple-Depower System and Depower Performance Enhancer, the PSYCHO4 has an enormous range of use. 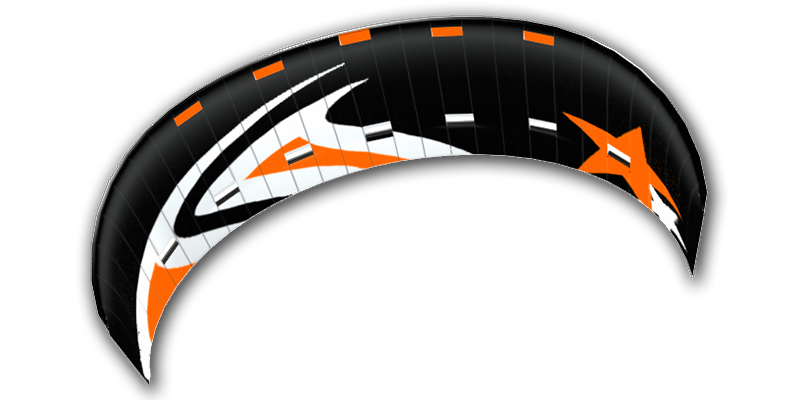 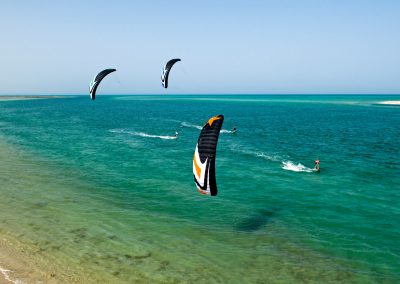 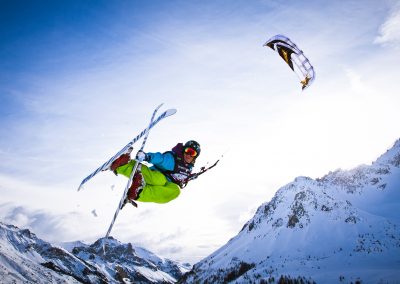 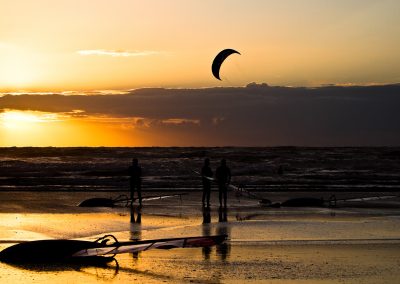 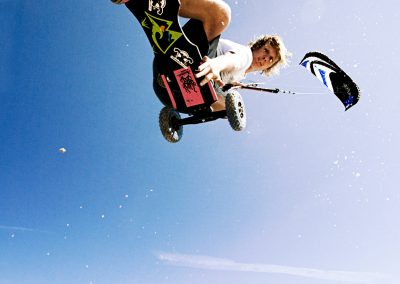 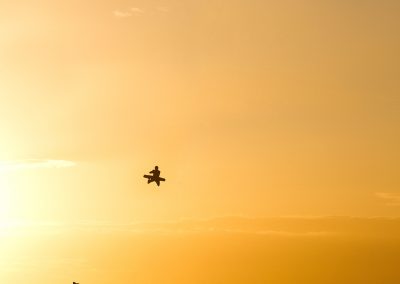 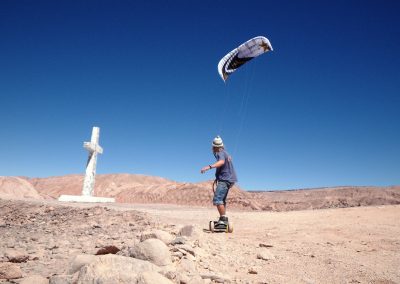 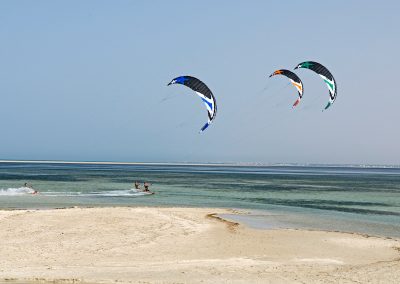 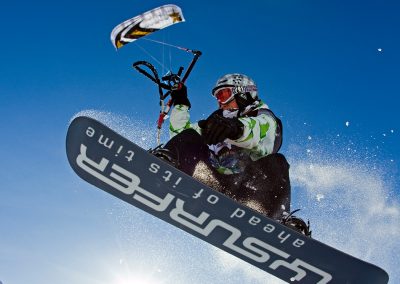